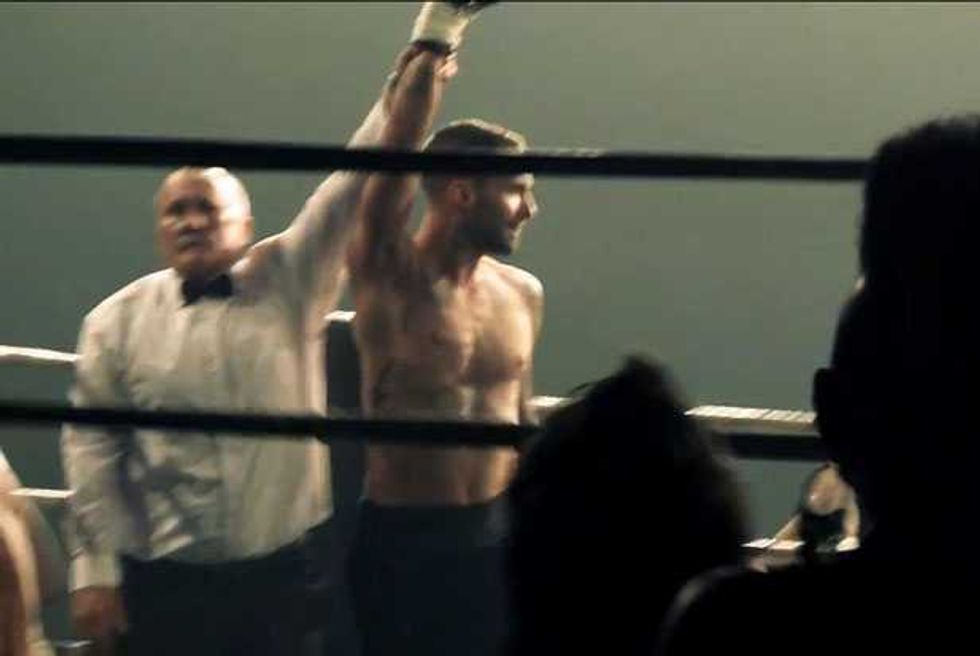 In the recently leaked video for Maroon 5's "One More Night," Adam Levine stars as a professional boxer—part of a long and esteemed history of pop stars lacing up their gloves and getting in the ring for their music videos. Nothing invites high-stakes drama, bulb-flashing spectacle or sweaty, bare-shirted masculinity (or in some cases, femininity) to your video like setting it against the backdrop of the Sweet Science, a lesson well-heeded by Levine in "One More Night," but one followed by many before him. From the late early '80s to the 2010's, here's shots from some of the more iconic examples. (Drake and Chris Brown, we still hope you're paying attention.)