98 Degrees Is Reuniting For More Than Just One Night 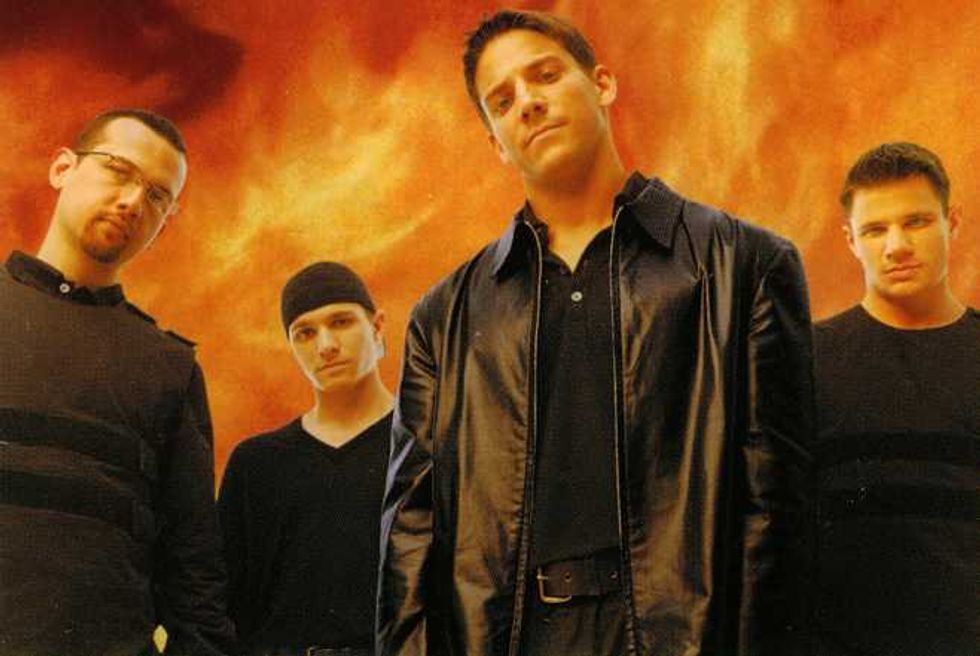 Nobody thought 98 Degrees' reunion would last for just one night, right? (No. We are not making the pun. We refuse. Una NOPE-che.) (Damn it.) Nobody seriously thought they'd play the Summer Mixtape Fest as announced, then skulk back into boy-band obscurity alongside guys with names like Abs Breem and Ashley Parker Angel. Reunions seldom work that way, especially not with the boy-band trend in full swing. No, the 98 Degrees reunion now includes:

- A performance on The Today Show on August 17, one day before the festival, for those who don't want to trek out to Hershey, Pennsylvania to see 98 Degrees. Considering that description probably applies to most people, that's smart. What exactly they'll be performing isn't clear, but there's a nonzero chance that it might be:

- New music of some sort; they're in the studio.

- There's also going to be party. A metaphorical party, that is; the press release describes all this blitz as "one big party" to which "everyone's invited." Awww! How inclusive of you guys. You wouldn't want to disinvite anyone, after all. It'd be impolite--and a really, really bad idea. (Just saying.)