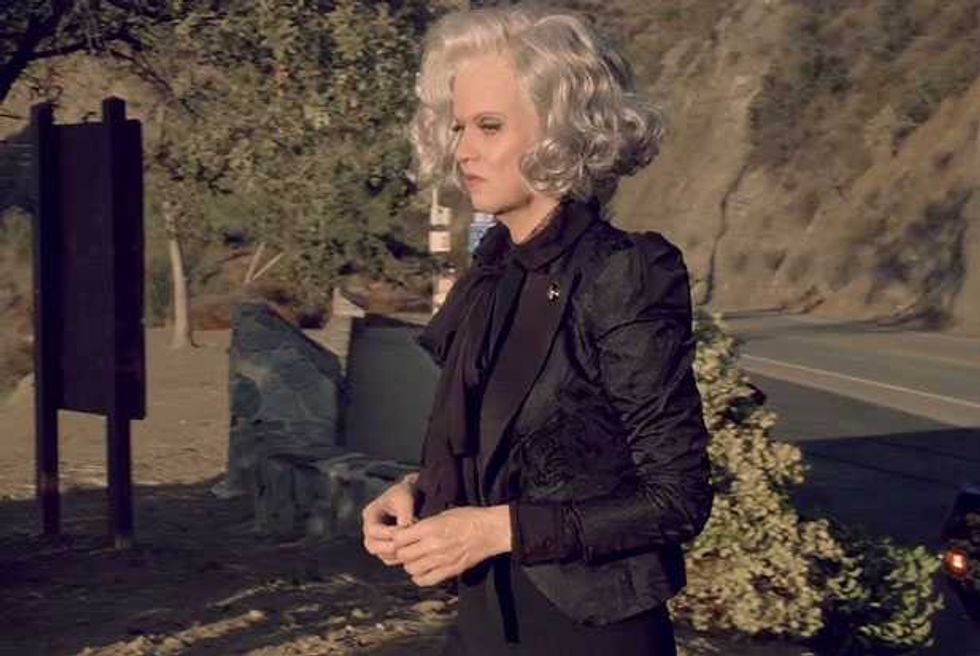 While her peers have marked the calendar year with their male alter egos, controversial depictions of abusive relationships or real life pregnancies, it's likely Katy Perry has been racking her brain with ways to catch up. Sure, she's had a few #1s to her name, and her last video for "Last Friday Night (T.G.I.F.)" warranted multiple teasers, featured cameos from '80s celebrities and even gave birth to an alternative Twitter persona, but how much of a dramatic stretch is it to tap into your old high school horror stories when Beyoncé is willing to share the miracle of life with us?

Perry's tries her best to conjure up some drama for her latest video "The One That Got Away," which aims to escape being classified as simply "the one where Katy Perry gets old." While her layered wrinkles and purple-grey hair do not disappoint, those empty eyes suggest Perry's doing her best to really act. It's a lot more than just Sunset Boulevard-style walks through a big, empty house, though, as scenes from her past begin flooding in, highlighted by those carefree younger days spent with her artist boyfriend (Diego Luna). Together they would crash senior center dances—foreshadowing!—high on personal bottles of champagne or brand each other with sentimental homemade tattoos. Shot in a gorgeous fuzzy lighting that either mimics Older Katy's diminishing accounts or Young Katy's worsening hangover, the bad memories come back to haunt her—artists are fiery people, we're taught—including a definitive fight after which her boyfriend splits to collect his thoughts on a solo drive down the perilous California highway, in what looks like B-roll from "Teenage Dream" and will probably make those who grew up in the early '00s pour one out for Marissa Cooper. What? That's not a stray tear, those are just allergies. Watch below.