Aaliyah, Unlikely Queen of the Underground 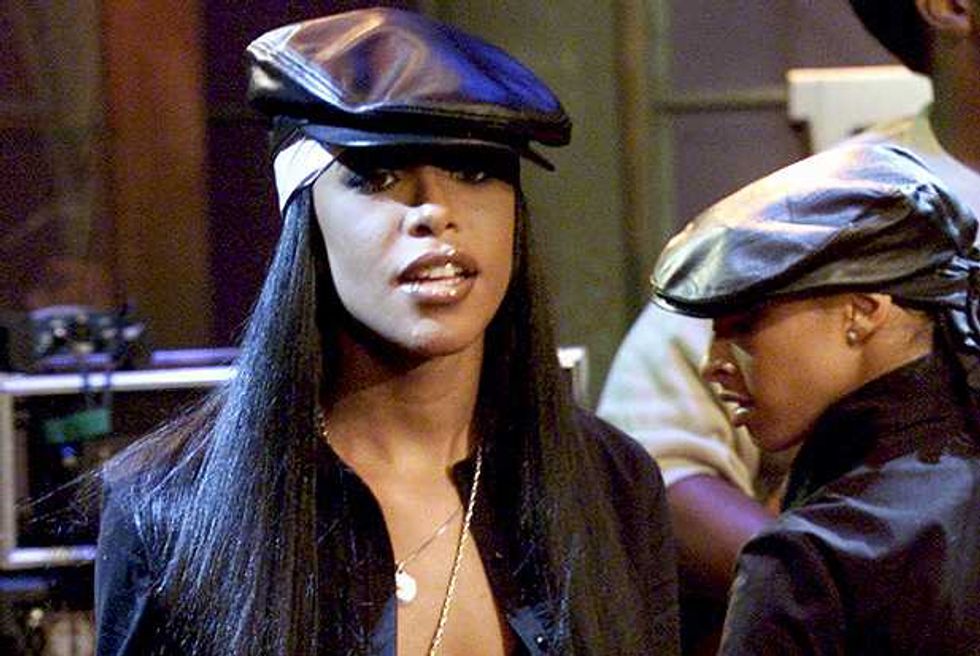 It's far from surprising that Aaliyah's music should have endured in the popular consciousness so long after her passing. At the time of her fatal plane crash in 2001 (exactly ten years ago today), she was well on her way to being one of the pre-eminent female R&B singers of her era, if not the—hot off her first #1 single ("Try Again") and first #1 album (Aaliyah), and with an impressive back catalogue that included five Top 20 hits and sales figures in the eight-digits, the R&B songstress had even started winning the hearts of critics, who proclaimed her self-titled third album the best of her career.. So Aaliyah was always bound to have some kind of enduring influence in mainstream pop culture.

What has been somewhat surprising is how her music has lived on with the pop weirdos—leading lights in the dubstep, mashup and underground R&B scenes, who have found Aaliyah's music, especially her more forward-thinking work with Timbaland, to be cut from a somewhat similar cloth as their more explicitly experimental work. The list of oddball musicians that have covered, sampled and referenced Aaliyah's discography over the past half-decade is an impressive one, and the music they have produced in doing so has largely been of surprisingly high quality. Peruse some of the better examples, and be glad that the R&B legend lives on:

The xx became critical darlings in 2009 for their Mercury Prize-winning self-titled debut album, an intensely intimate album that basically serves as an LP-sized love song between singers Romy Madley Croft and Oliver Sim. On certain issues of the album, the group's stripped-down cover of "Hot Like Fire," a less-remembered single off Aaliyah's One in a Million album, was available as a bonus track. The cover was a natural fit for the xx, with whom Aaliyah shared a cooing, almost hushed quality that made the music of both artists feel incredibly personal and deeply felt.

THE WEEKND, "WHAT YOU NEED"

The most famous song thusfar from underground R&B sensation The Weeknd rides a subtle sample from Aaliyah's "Rock the Boat," the super-sensual mid-tempo jam for which Aaliyah was filming the video when her plane crashed in 2001. (You could even be forgiven for missing the sample entirely, though as always, the good folks over at WhoSampled have done a solid job of delineating the exact spot of "Rock the Boat" in which the vocals originally appeared.) Aaliyah's siren-like voice, appearing at the beginning of the song, gives "What You Need" an easy and necessary lift into strictly nocturnal territory, where the Weeknd has spent the entirety of his short career dwelling.

FOREST SWORDS, "IF YOUR GIRL"

As stark as the xx's "Hot Like Fire" cover may be, it's nothing compared to what Forest Swords do to Aaliyah's "If Your Girl Only Knew." The experimental UK act (real name Matthew Barnes) completely removes the song's beat, slows the rest of it down about 50%, and cranks up the reverb, so all you're left with is the song's unforgettable riff and sultry vocals, stretched out to near-comical proportions. Against all odds, it works brilliantly, serving merely to highlight the beauty of the song's harmonies and nascent longing in the lyrics, as well to illustrate how insanely awesome that bass riff is.

For his debut single "CMYK," post-everything UK soul singer James Blake used prominent samples from two classic late-'90s R&B hits—Kelis' "Caught Out There" and Aaliyah's "Are You That Somebody?" The Kelis sample is more obviously featured throughout, but the Aaliyah creeps in about halfway through ("Probably talk on the phone / But see, I don't know if that's good")—an appropriate use of one of the most stealthily addictive songs of the '90s. It certainly worked for Blake, as the song propelled him to stardom—among internet electronic-listening types, anyway.

One of the acts at the forefront of last decade's dubstep movement, Burial pretty much own the word "haunting" as a musical descriptor. A logical choice, then, to borrow from Aaliyah's "I Refuse"—by far the singer's most chilling number, and one of the more devastating ballads released by anyone last decade. Burial makes pointed use of her "Once upon a time, it was you I adored" line (the only halfway nice thing Aaliyah says in the entire song), coming off even more spooky given Burial's high pitch-shifting of her vocals and the eerie bed of synth whispers the words rest upon. (McDonald's, huh? Who knew?)

FX's Carmy X Caraway is the fictional collab we all need