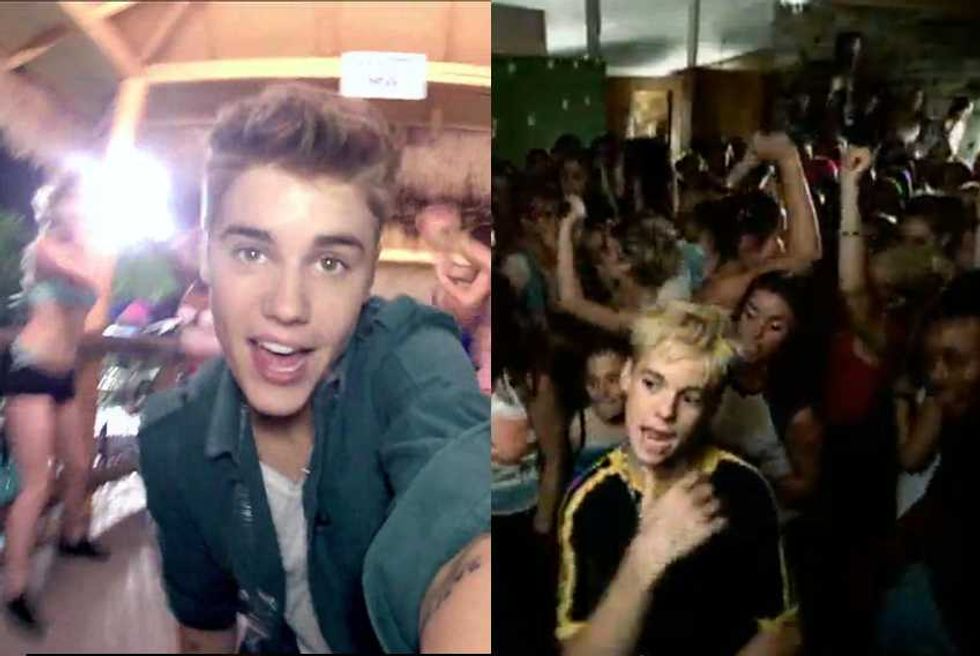 Deep in contemplation in his east wing study one afternoon, Aaron Carter found his intellectual reverie interrupted by the discreet footsteps of his manservant, Giles. As he lifted his head up from the Victorian memoir he had pulled off the shelf that morning, Aaron noticed a sadness in Giles' eyes, a kind of regret that he had never before seen in his steely companion.

"Mr. Carter, I'm terribly sorry to interrupt your after-cricket reading. It's just, I've seen something on the computer I think you should know about." Giles' face hardened. "It's about your legacy, sir."

Through the years, Aaron's opinion of the industry that had given him so much fame and fortune had softened, gradually. In the months immediately following his decision to leave show business and lead a life of the mind, his friends and acquaintances would often find him at cocktail parties angrily railing against Pearlman, O'Neal and all the rest of the men who had stolen his youth. Now though, with the gift of hindsight, Aaron could truly see his musical career for the harmless diversion that it was. If his singing had given children across America a few moments of small joy, well, who was he to argue against that?

Giles nervously removed Aaron's smartphone from his vest pocket. Aaron himself had no need for the device, but in these modern times to make one's distaste for such gadgets public was tantamount to heresy. Aaron left all things digital to Giles, an arrangement that suited him particularly well whenever Nicholas tried to re-establish their fraternal connection over something called "the Facebook."

This time, though, Giles was doing something with the phone Aaron had never seen before. Its screen had transformed into a tiny video player, which showed a video of a young teenage boy (scarcely older than Aaron himself had been at the height of his fame) singing and dancing at a poolside party. The image brought back memories Aaron wished he could forget: the interminable dance practices, the overnight shooting sessions, Tyran's exasperated, "Cut! Let's do it again," repeated over and over.

"It's the new music video, from that Beiber lad I've told you about. I noticed some similarities, and thought you should know."

"Some similarities? Goodness, they're almost identical!"

Though he had often tired of it, Aaron's work was his work. He had poured years of his adolescence into his music videos, sacrificing all semblance of a normal life in the process—and now some upjumped Canadian was stealing his ideas with nary a credit? This would not do.

"Load up my phone's Twitter app, Giles. My fans must be informed."