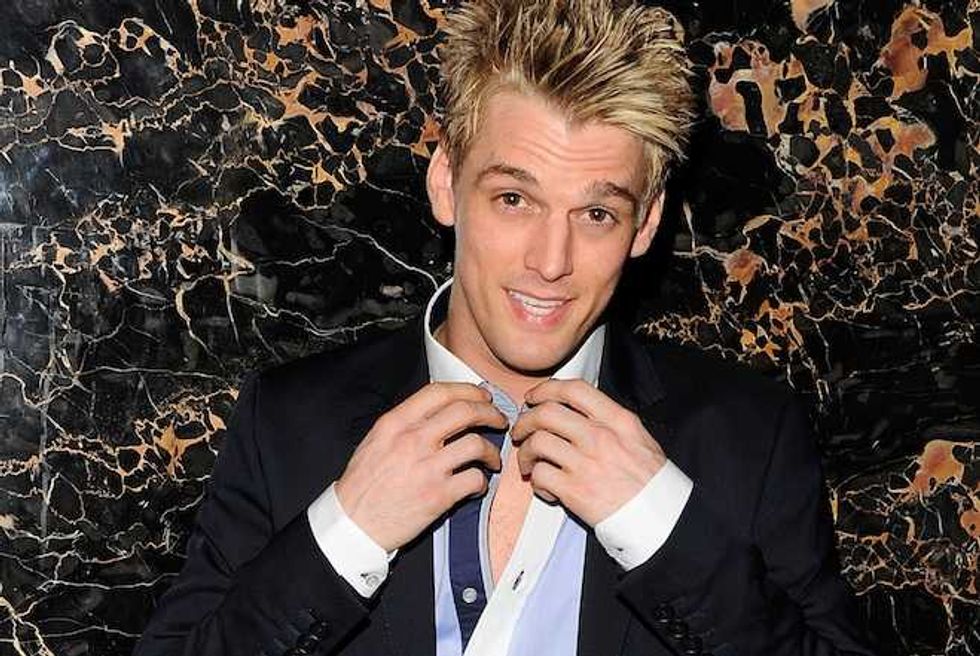 The second in a continuing series of Aaron Carter fanfic.

From his penthouse apartment high above Park Avenue, Aaron Carter gazed down at his adopted city. To the north, the air above the Upper East Side was filled with festive spirits. The blue bloods uptown had been spared the brunt of Hurricane Sandy, and were enjoying the fine dining and entertainment they believed they were entitled to for their brief hours of inconvenience. Aaron wondered if they realized how lucky they were: Few of them had lost power and even fewer had felt the effects of the flood. Even the subway interruption had only been a temporary blip for these people: The lines that shuttled them to their midtown offices were up and running by Wednesday morning. Yes, life was fine and fancy-free, uptown.

To the south, things were different. Below 38th Street Manhattan was a darkened mystery. No power, no hot water, no nothing. It was the closest thing Aaron had ever seen to an apocalyptic wasteland. The skyscrapers stretched dark into the night like empty, blackened husks—ghosts of a city that had once been living. According to the news reports there were still people down there, millions of them, but from his lofty perch the only sign of life in southern Manhattan were the incessant sirens, screeching down the avenues towards some unseen and unknowable tragedy.

At least they had finally got the street lights back on. That was a start.

Aaron, of course, was one of the lucky ones, safe and sound in his city apartment. (The only casualty was his hot water, which went out some time Monday.) Still, though, he had to chuckle: His ambitions had put him in danger once again.

The trouble had started months ago. Despite giving up his musical career nearly a decade earlier, Aaron had found that he was becoming inexplicably bored with the intellectual pursuits he had devoted his life to in the interim. His soul, he realized with no small displeasure, still clamored for the approval of an audience, still hungered for their adoring gaze. And so he had taken a small, harmless role in the the theater. Nothing fancy (he wasn't going down the MTV road again), just an off-Broadway revival of The Fantasticks, where the dangers of stardom seemed slight. If Nicholas had showed such restraint, been content to be a singer-songwriter in coffee shops instead of a boy-band heartthrob, how much pain would have been avoided? Ah, but there was no way of knowing. Better to put it out of his mind, and concentrate on the work.

And so it was that Aaron developed his new routine: Every Tuesday Giles shuttled him into Manhattan, where he remained for the week's shows; each night he returned to his small pied-à-terre, exhausted but fulfilled. When news came that New York would be hit by a superstorm of unprecedented proportions, Aaron decided to take his chances in the city. He didn't want Giles, or anyone else on staff, to be out on the roads coming to get him.

But lucky as he was, in the days after Sandy hit Aaron couldn't help his thoughts drifting towards those caught in Manhattan's dark side. What was life like for them, lost in the darkness? Was there anything he could do to help? He knew he wasn't as famous as he used by be, but he figured even the smallest amount of advocacy was worth it. He loaded his phone's Twitter app:

Honestly the aftermath is so terrible from this storm. Doesn't seem like much is being done to get people back up and running.

I decided to take a cab and visit the blackout area...