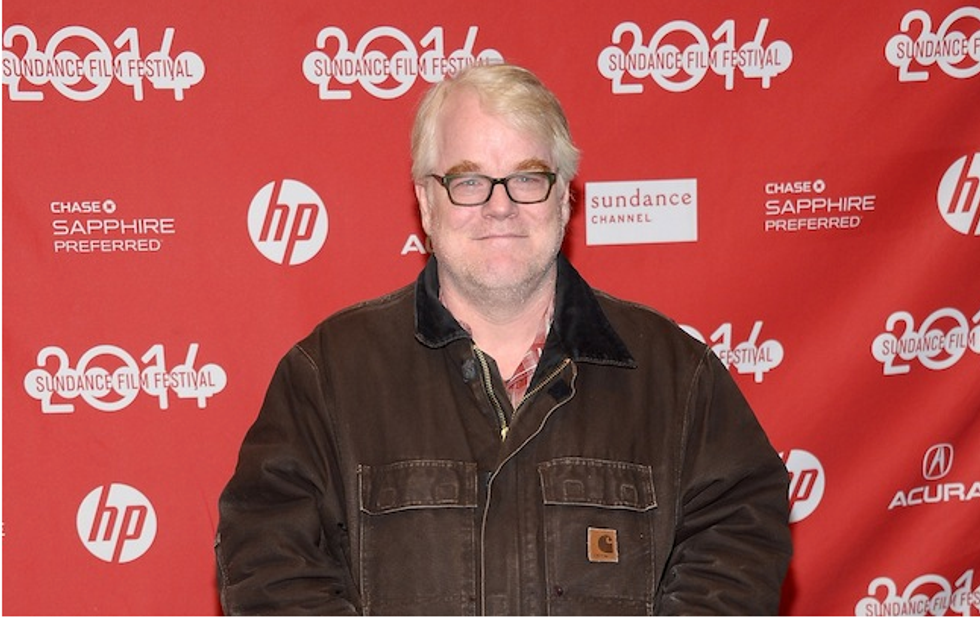 Hoffman, 46, was known for such outstanding roles as Truman Capote in Capote (2005), Art Howe in Moneyball (2011) and Plutarch Heavensbee in Hunger Games: Catching Fire (2013), among so many others.

The New York City Police Department says the exact circumstances surrounding his death are currently under investigation, but it appears he died from a drug overdose.

Sources add that a close friend found Hoffman's body on the floor of the actor's bathroom...with a needle in his arm.

In May 2013, Hoffman checked into a rehab facility to deal with his heroin addiction.

Since the news broke, Hoffman's family has released a statement, reading, "We are devastated by the loss of our beloved Phil and appreciate the outpouring of love and support we have received from everyone. This is a tragic and sudden loss and we ask that you respect our privacy during this time of grieving. Please keep Phil in your thoughts and prayers,”