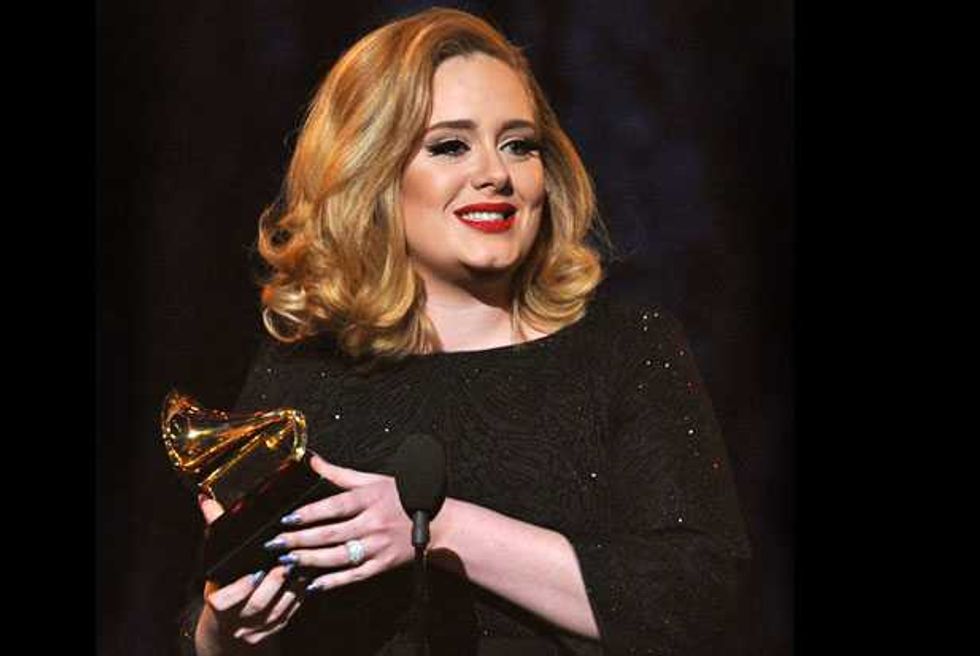 You know how Adele sings a lot of songs about sad stuff? Breakups, gut-wrenching loneliness, puppies with broken ankles, that sort of thing? Well, say goodbye to Adele the Professionally Depressing Singer Person. According to a recent interview with Vogue, Adele is finito with the heartbreak stuff, saying she's "done being a bitter witch." Partly this is because Adele wants to shed the misconception that she goes around grabbing strangers' sleeves because she's crying all the goddamn time, saying that people are "surprised" when it turns out she's not perpetually all Mood Indigo.

So if she's not gonna be spending her time rolling in the deep and finding someone like you, how will Adele pass the lyrical hours? Here's some suggestions about thematic directions she can take from here: