Adele Is A Lot More Pregnant Than We Thought 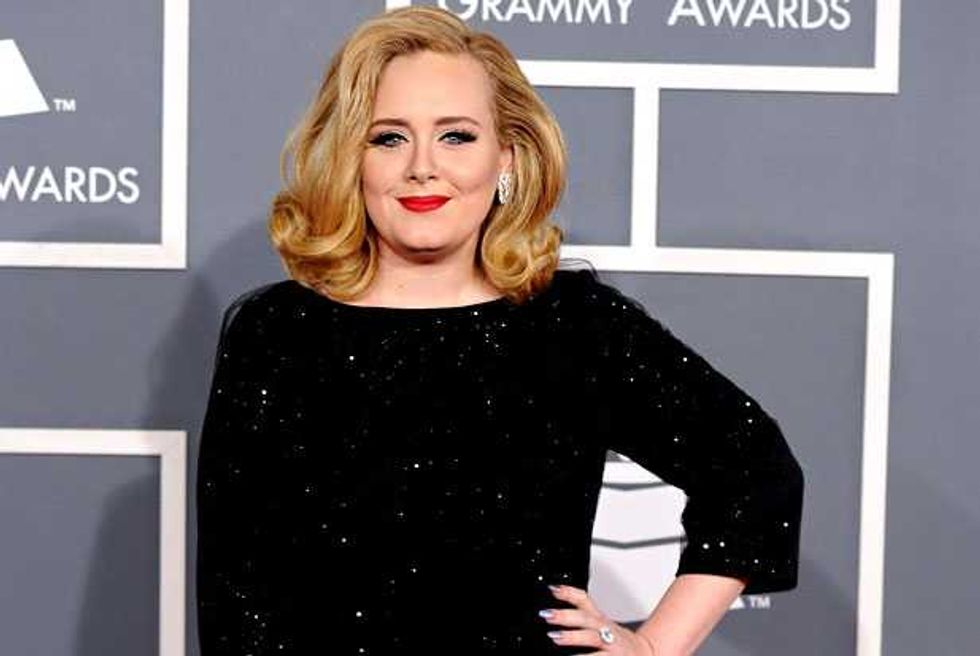 Despite announcing her pregnancy less than two weeks ago, new reports claim that Adele is due in September. Of course with a voice like that, even childbirth would come easy to Dame Adele. Sadly, it's not the world's shortest, most triumphant pregnancy on record, just the result of keeping one's mouth shut. The U.K.'s heat boasts sources who say the multi-Grammy winner hasn't left the house in months, while The Daily Mail has gone above and beyond dissecting the size of recent outfits and absence from certain award shows this spring to suggest reports are true. Obviously Adele wouldn't be the first artist to reveal a confounding pregnancy timetable, typically used to throw the press off a famous mom-to-be's biological scent. This will be the first child for the 24-year-old singer, whose boyfriend Simon Konecki, 36, has a five-year-old daughter with his ex-wife, Clary Fisher.

If this due date and our basic understanding of biology are correct, it means that, yes, Adele was fairly pregnant during her monstrous "comeback" performance at the Grammy Awards in February—talk about pressure. It also means you have less than two months to purchase your baby gift, there'll be less of a wait in between 21 and her (potentially motherhood-themed) new album, and that Blue Ivy and baby Adkins will totally be able to have playdates in the near future. Just the way Adele planned it, right?