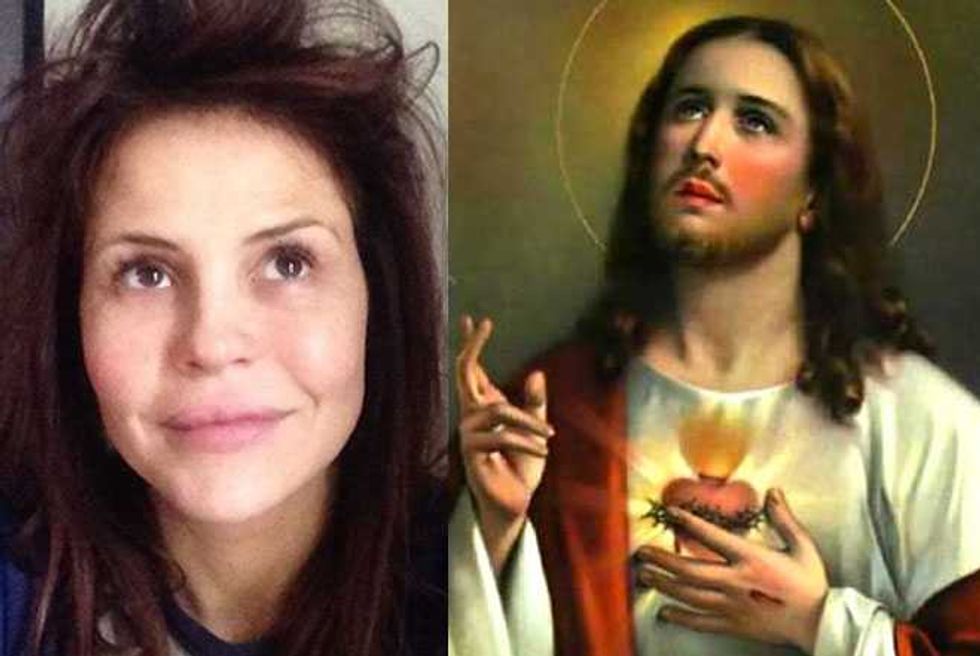 This week, we shine the spotlight on Christian Mingle.

SLOGAN: Find God's Match For You

And this week, I was like ten pounds of holiness in a five- pound bag.

On this good Friday, let us pay testament to Christ lovers who have come together in the spirit of lawful carnal knowledge.

Am I wrong or is there something vaguely homoerotic about guys who come to bow down to his hot holiness?

Ladies, take heed, for you will surely be in competition with the Lamb of God. And those are some pretty big sandals to fill.

Doesn't the final option seem decidedly un-Christian? But I digress....

BEST PICK UP LINE: “Look, you're nearly 25. Most Christians are 8 years into marriage by now... just settle for me." Funny, referential, self-deprecating. I would totally bang him on our wedding night.

WORST PICK UP LINE: “I put the 'stud' in bible study."

NUMBER OF CORRESPONDENCES IN ONE WEEK: 44

I would totally join his cult....

Approach/Chat Up Line: “I'm always happy, enjoying life, i like to have fun and i give fun time to other ones besides me :)" The guy is clearly drinking his own Kool-Aid.

Conversation Skills/Rapport: We talked for like ten minutes. I didn't have fun and it didn't make me happy or enjoy life, But I appreciate that he likes to give fun time.

Closing Skills: You're not really a closer until you've had a few bunk beds full of followers commit suppuku at your behest.

So handsome he gave his dog a bone...

Conversational Skills/Rapport: Depravity factor=zero. How are you supposed to have sex with someone when there's no depravity? Now I see why my mom likes this dude so much

Closing Skills: Is not open for business until God signs off.

Pretty sure he got lost on his way to https://www.satanicinternationalnetwork.com

Approach/Chat Up Line: “Your hair is like a flock of goats descending from Gilead." I know. It so is.

Conversation Skills/Rapport: I mean, the guy opened strong. I'll give him that. That flock of seagulls shit was spot on. Flock of goats. Whatever. But after that, he mainly spoke in monosyllabic utterances that made me wonder if he had taken a vow of silence, and was therefore limited in how to convey it.

Closing Skills: We woke up in the kitchen saying “How the hell did this shit happen?"

He really doesn't look like he loves the Lord that much.....

His Approach/ Chat Up Line: "Hi, I'm a single man looking for a sweet women." The plural "women" seems like an innocent mistake, but I argue that it's a Freudian slip meaning he wants to party with as much Christian puss as the trunk of his car will allow for.

Conversation Skills/Rapport: We both love "Bob's Burgers!" So that was something.

Closing Skills: And I was all "You really think you can get with this Christian puss?"

Sam was cooler than your average Christian, and by that I mean he used the word “crap" very liberally, with little to no regard for the distinct possibility that such profanity could banish him to hell for all eternity. Reckless. I liked that.

We met for an organic juice at Earth Bar and I braced for a conversion pitch, but Sam was way more interested in talking about his reverse osmosis shower-head. How its helped his back acne and his mom even thinks he looks younger. Yeah. I so wasn't making out with Sam.

After my Berry Kale Implosion, Sam and I were at a loss. What do two aimless Christians do on a day date? Go to confession?

And since I didn't want to commit two more hours to Sam and his dramatically improved back acne, seeing Ex Machina was out.

So we went to the dog park, without any dogs, which seemed creepy, but decidedly less so than going to a children's park without children.

We played with a cocker spaniel and then I showed him the most unflattering selfie I've ever taken, in the hopes of deterring any romantical advances.

Now I feel like maybe I shouldn't have put that picture up. It's seriously unflattering and might hurt my chances on Satanicinternational.com.

Check back on Popdust every Friday for an all new foray into the singles world…next week—BBW Cupid….In the meantime, you can read past Adventures In Dating here 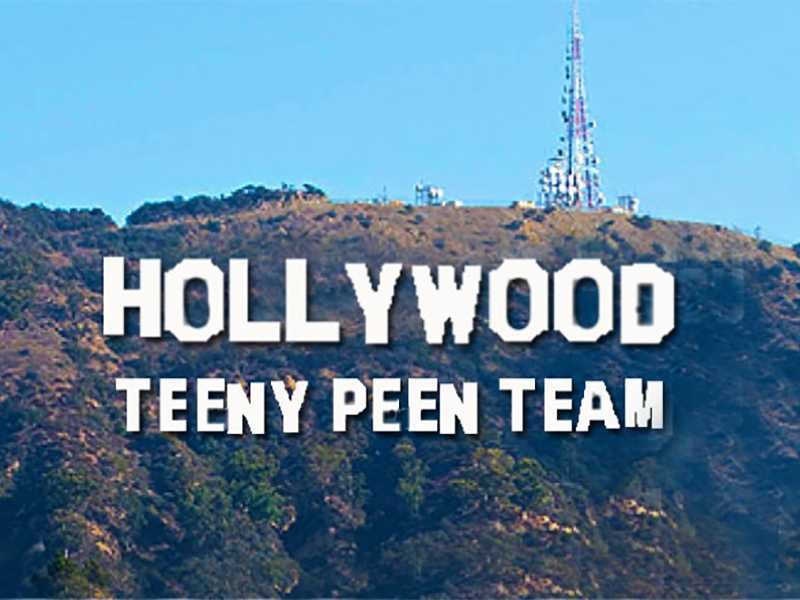 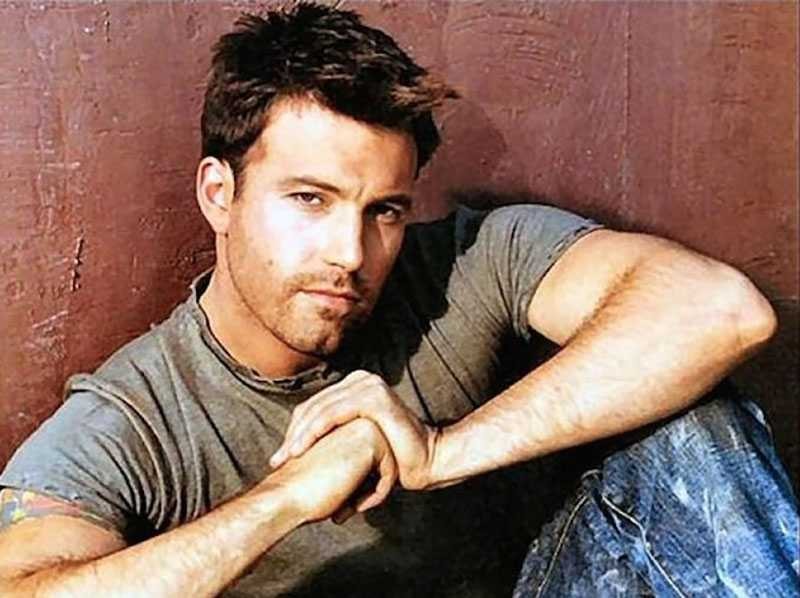 Previous Next
Ben Affleck. In response to Ben being voted People's Sexiest Man Alive, Michael Clarke Duncan, his co-star in Armageddon, quipped, "Don't get me wrong, ladies, Ben is cool, but I've seen the guy naked ... and c'mon, man! I was not impressed at all." That hurts. Or not, as the case may be. 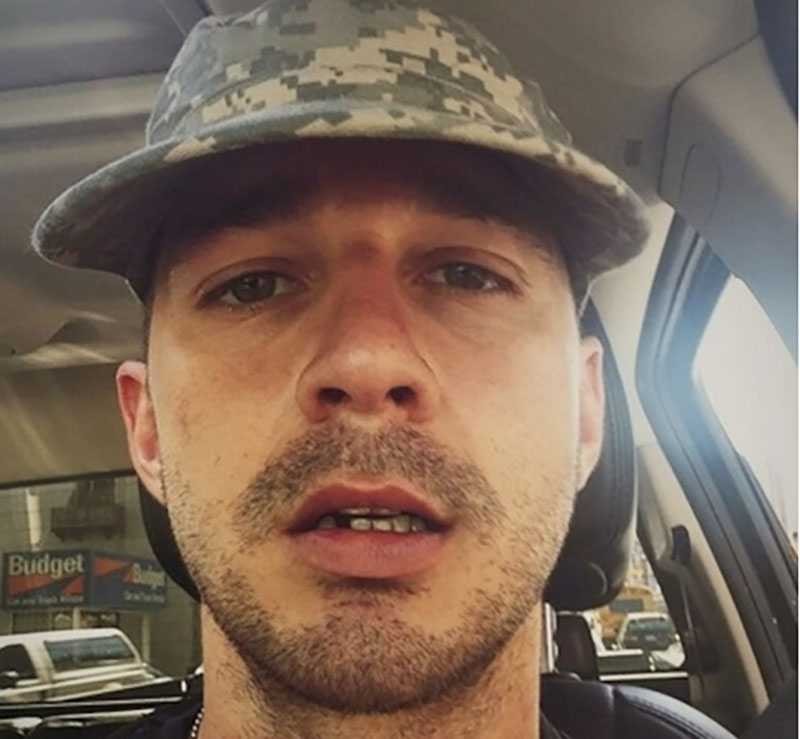 Previous Next
Shia LaBeouf. The 28-year-old told Playboy the first time he slept with a girl, he put a pillow underneath her to maximize penetration. "I'm not extremely well-endowed, and clearly this wasn't the move," LaBeouf recalls. No wonder he's always so damn angry. 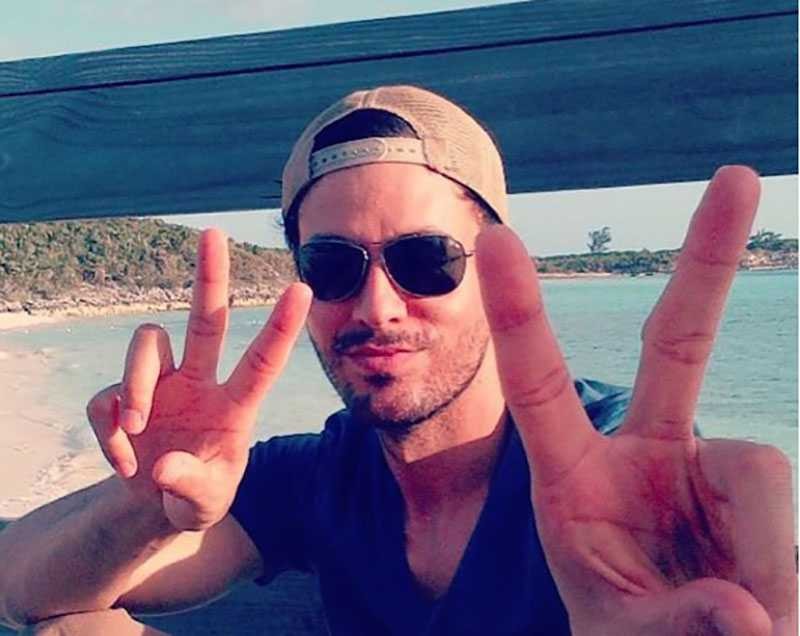 Previous Next
Enrique Iglesias. The hunky 39-year-old loves nothing more than to wax lyrical about his teeny peen—google it if you don't believe us. He once bemoaned the fact he can never find “extra-small condoms" and claimed, “my worst defect is from the waist down"… 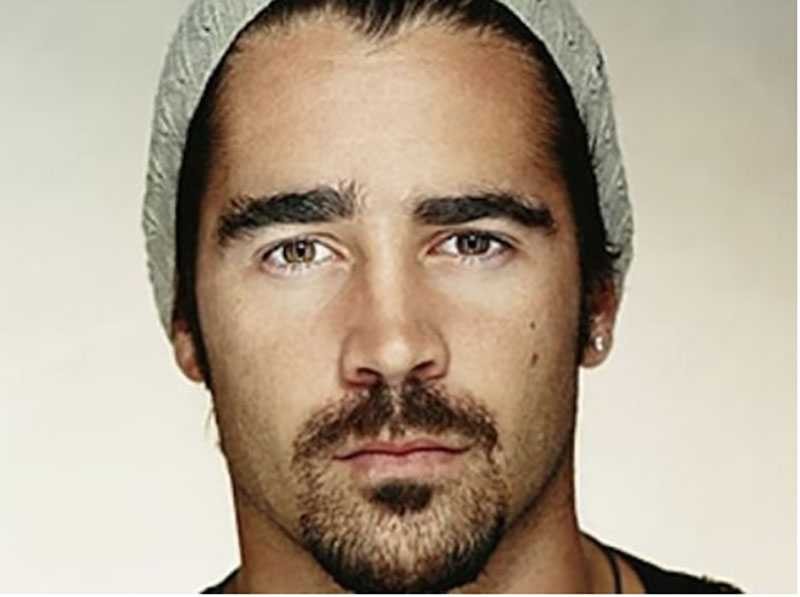 Previous Next
Colin Farrell. Say it isn't so!!! On the subject of his manhood, the 38-year-old Irish Lothario once said, "Let me tell you, it ain't nothing to fucking write home about!" 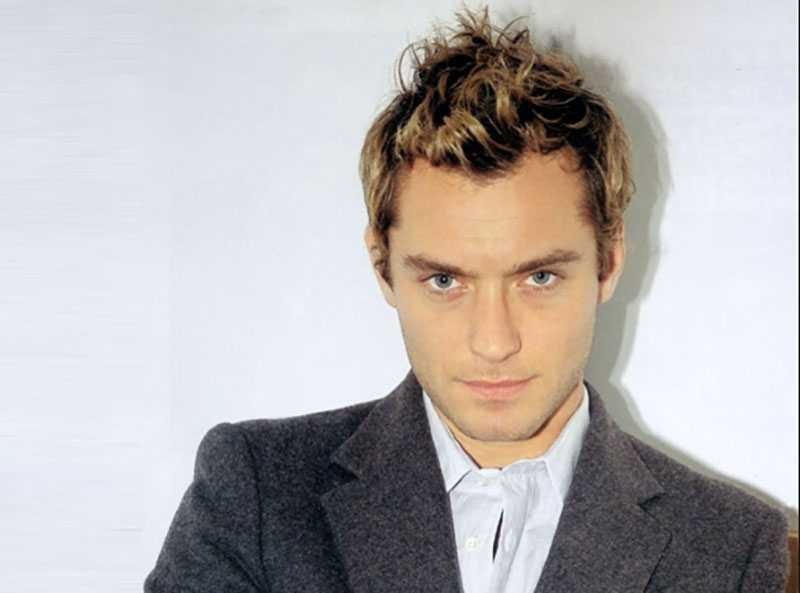 Previous Next
Jude Law. For someone with such a tiny todger, he sure gets a LOT of action. The actor racked up some sizable column inches—albeit not the type he would likely want—back in 2005 after he was snapped in the nude stepping into a pair of swim trunks. Page Six quipped that the pics brought to mind “George Costanza's infamous `shrinkage' episode on Seinfeld" while an unnamed size Queen publicist sniped, "He's no Tommy Lee, that's for sure." 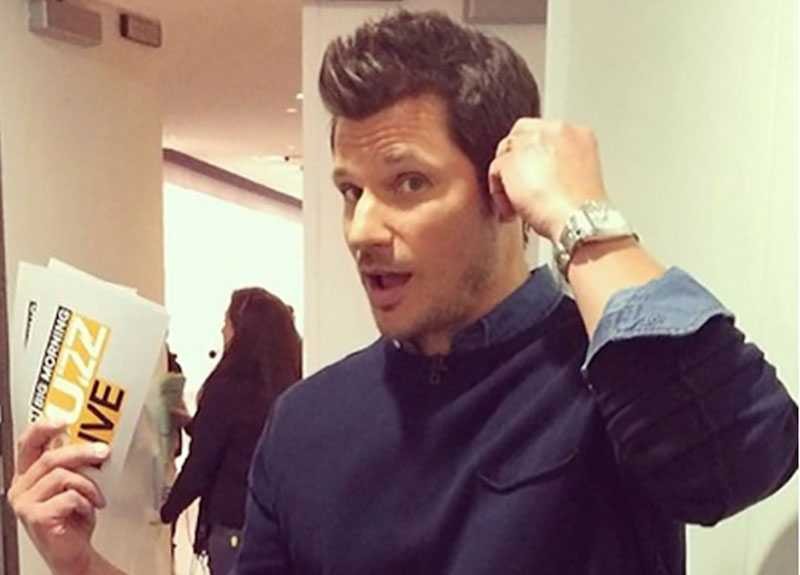 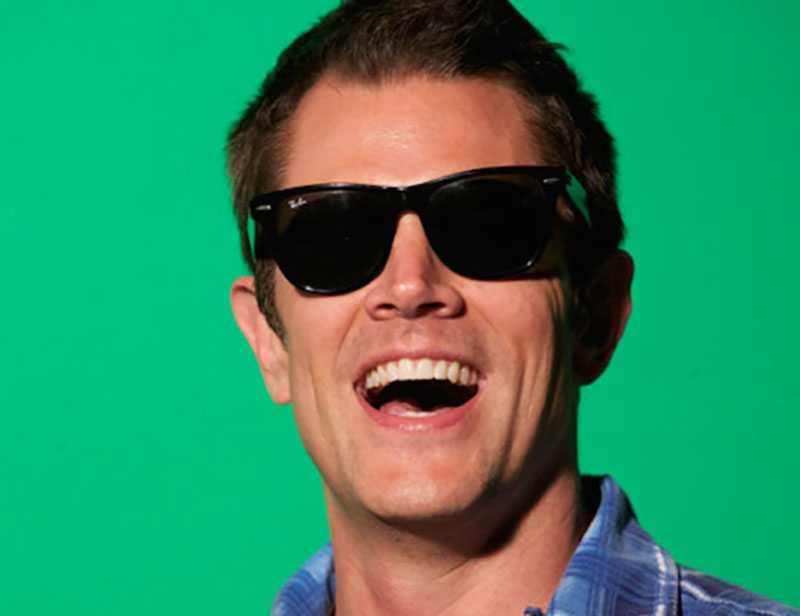 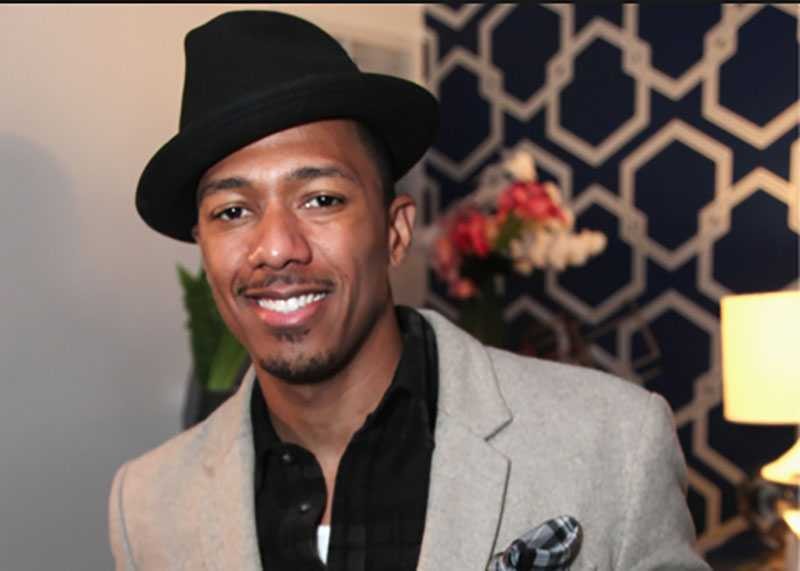 Previous Next
Nick Cannon. Once again, a disgruntled ex is the one stirring up the teeny peen rumor mill. The 33-year-old's ex-fiancee, Selita Ebanks slammed the singer's schlong in a 2011 interview…proving less is more (when it comes to words at least) the model responded with a simple “Eh" when asked about the soon-to-be ex-Mr. Mariah Carey's package. 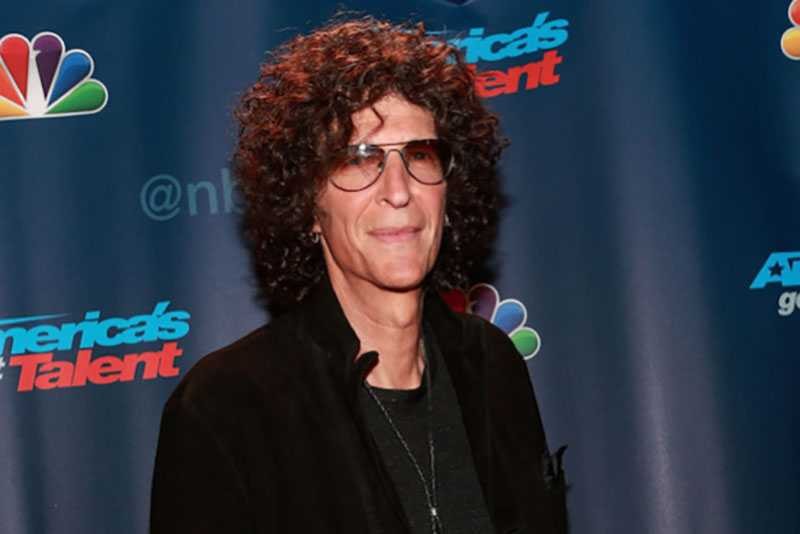 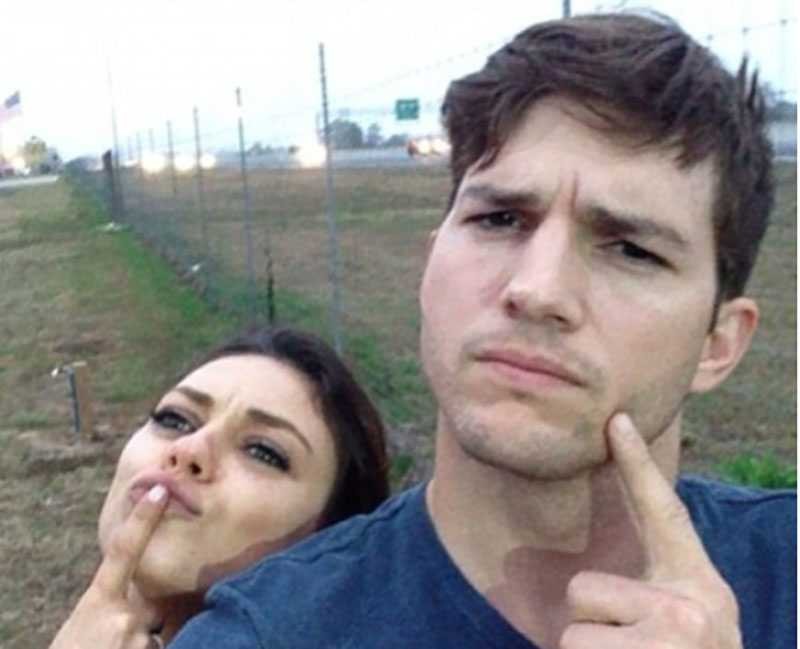 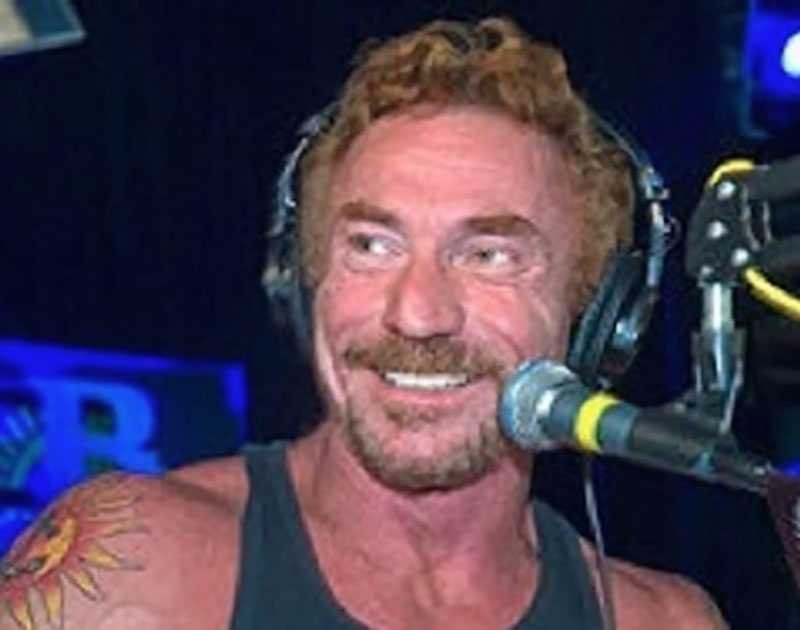 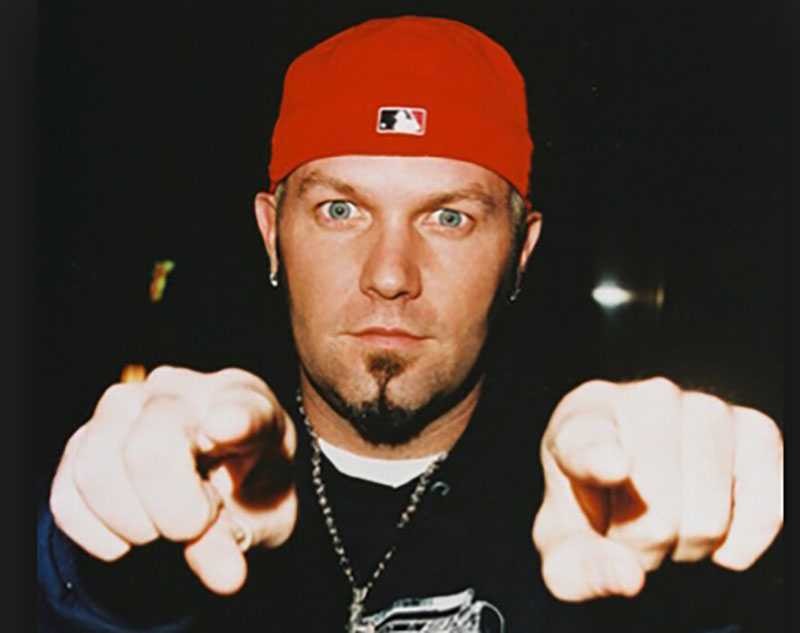 Previous Next
Fred Durst. The Limp Bizkit's horrific home sex tape proved Durst is neither a shower or a grower…and he was NOT happy about it! The 44-year-old sued Gawker Media after they posted the leaked video. 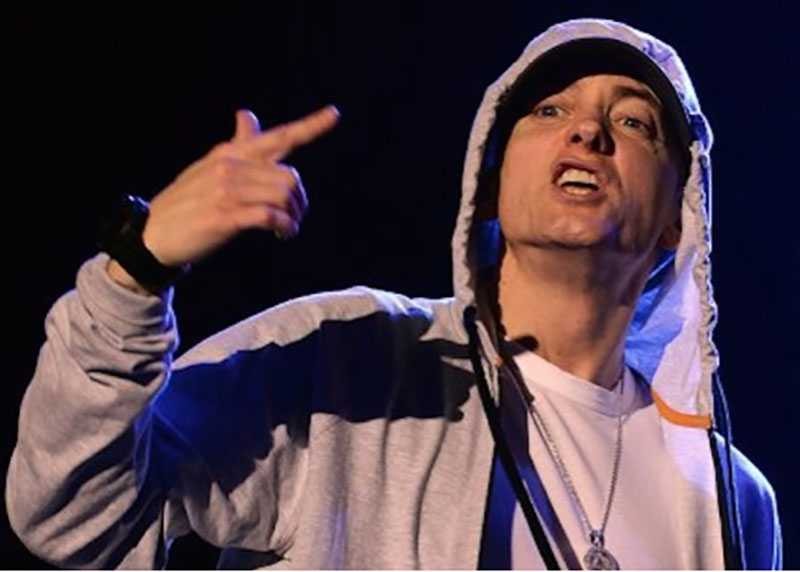 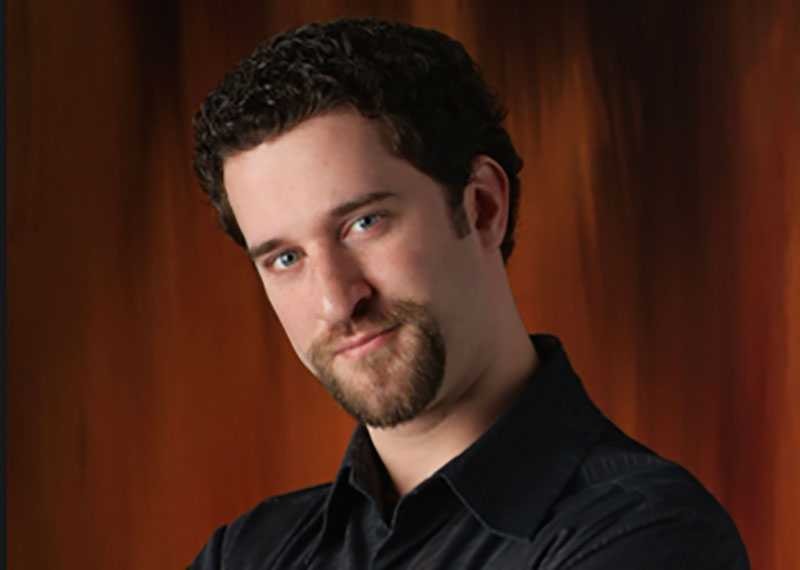 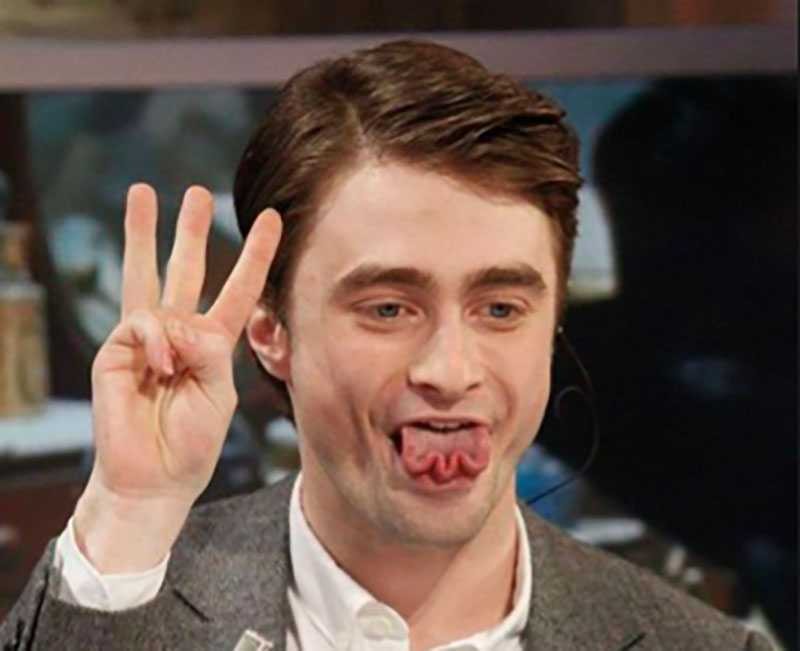 Previous Next
Daniel Radcliffe. Bless his little Harry Potter penis! The 25-year-old self confessed “hamster dick" blamed it all on stage nerves, claiming he was so terrified his appendage shrank to rodent size during his stint in the West End play Equis. Yeah, Danny boy…nerves….sure…. 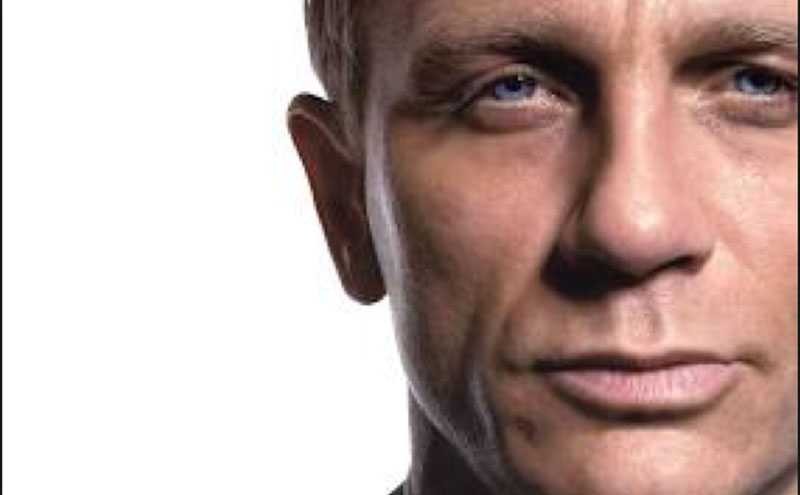 Previous Next
Daniel Craig. The junk jury is out on 007. After the Brit confessed to using stunt penises (yep, that's actually a real thing) for the nude scenes in Casino Royale, speculation was rife that he didn't measure up in the trouser department. However, his saucy co-star, Dame Judi Dench, defended Craig's cock, insisting she copped a look and that "It's an absolute monster! Maybe I shouldn't have said that. How uncouth of me!" 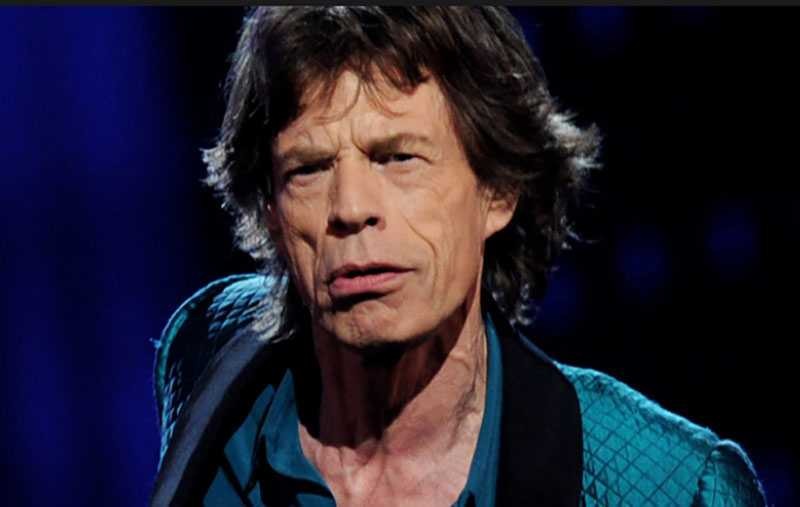 Previous Next
Mick Jagger. For once, a disgruntled ex wasn't the cock shaming catalyst..In Jagger's case it was his size Queen bandmate, Keith Richards. "Marianne Faithfull had no fun with his tiny todger. I know he's got an enormous pair of balls—but it doesn't quite fill the gap," he wrote in his memoir. (Cue, can't get no satisfaction jokes) The damage control machine was quick to jump into action, with ex-wife Jerri Hall insisting, "Mick is very well endowed. I should know—I was with him for 23 years. Keith is just jealous." 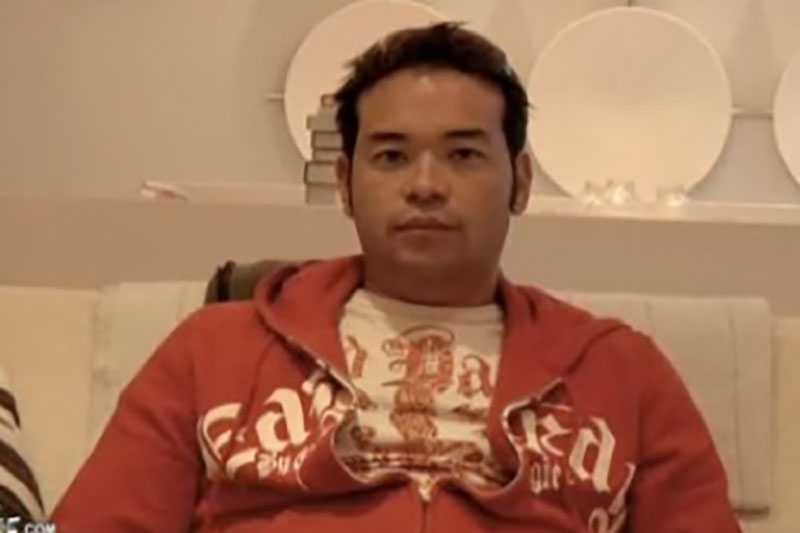 Previous Next
Jon Gosselin. The Jon and Kate Plus 8 star was inducted into the teeny peen team back in 2009, after his ex-girlfriend Hailey Glassman dished on his dick. “He was so small, I didn't think he would cheat on me. He's hung like a nine-year-old boy. I'm serious. This is true," she said..and if that's not clear enough, she went on to elaborate, “he's tiny, tiny, tiny." 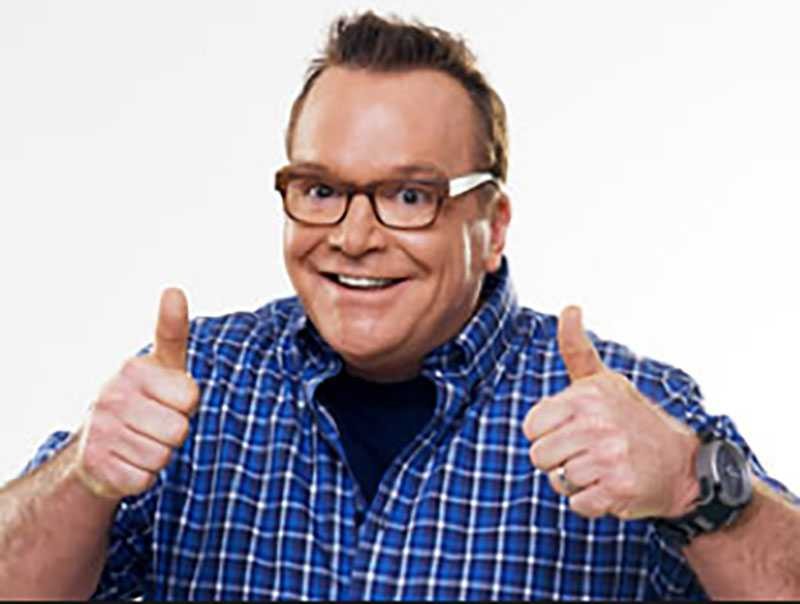 Previous Next
Tom Arnold. Always the kind and discreet soul that she is, Arnold's ex-wife, Roseanne Barr went on a Tom todger takedown after their very messy, very acrimonious divorce in 1994—claiming on Saturday Night Live that the 55-year-old has a “three-inch penis." Arnold shot straight back though, "What's small?" he asked. "Hell, even a 747 looks small if it lands in the Grand Canyon." 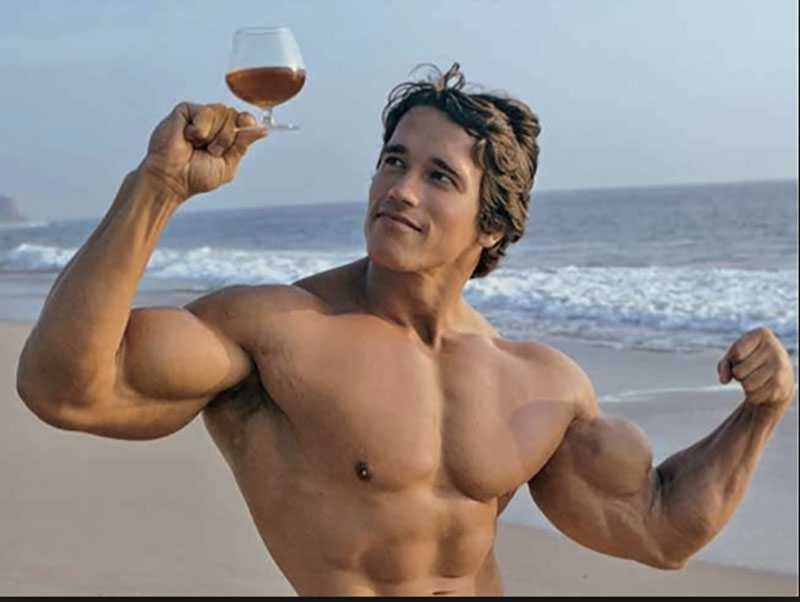 Previous Next
Arnold Schwarzenegger. If we didn't know better we would say he suffers from steroid shrinkage—but, of course not, not the clean living Governator! Arnie discussed his package back in 1997, bemoaning to French magazine, Oui, "You can't make it bigger through exercise, that's for sure." 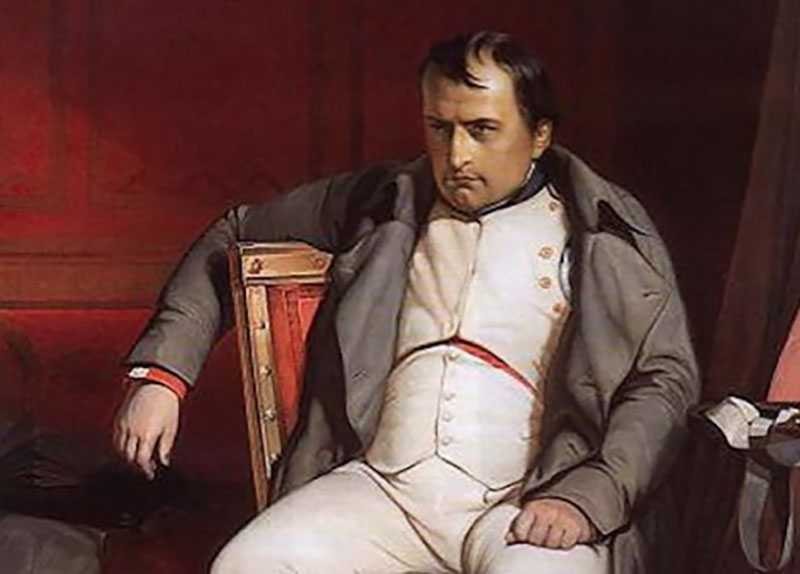 Previous Next
Napoleon. Last and most definitely least, is a non-Hollywood star (DUH!) It's kind of a cheat, but in this pic he looks sort of like Marlon Brando… Unfortunately for the French military and political leader, his penis lives on to tell the tale, well after its owner's demise. The peen was chopped off by a disgruntled doctor during autopsy and has since travelled the world. “Napoleon's item" currently resides, in a jar in New Jersey, and its urologist owner confirms it is indeed a “very small" penis"..measuring just one-and-a-half inches.