Adventures In Online Dating—Spotlight On JDate 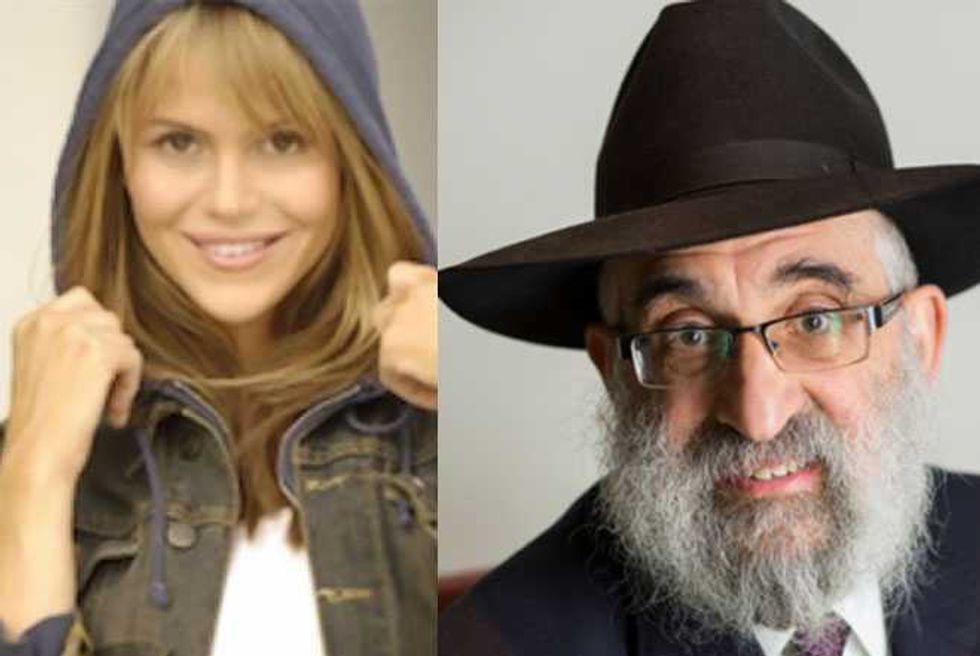 This week, we shine the spotlight on JDate—tagline: get chosen

Since I am very Jew–sympatico, I imagined once I logged on to JDate, I'd feel like Charlie Sheen in a Bogota brothel. I also decided to test the lure of the shiksa.

Is the blonde haired, blue–eyed wasp still as alluring to the Jewish male in this era of the bootylicious brunette? So I posted some dated photos of myself that were hopefully small enough that you can't see my brown eyes.

BEST PICK UP LINE: “I also have a law degree"

WORST PICK UP LINE: "My Tekia Gadola will blow your mind" *

*As always, the best and worst are interchangeable.

NUMBER OF CORRESPONDENCES IN ONE WEEK: 40

Approach/Chat Up Line: “I love my life and I am happy with what I have and don't have!!" This can only mean that Dani2109 doesn't have genital warts. Score!!

Conversation Skills/Rapport: Dani2109 is a dreamy optimist, so it was sort of like talking to the Double Rainbow guy. "What does this mean?" I don't know, Dani. I just don't know.

Closing Skills: I was thrown off my his screen name: Dani with an 'i.' Seemed a tad effeminate.

Approach/Chat Up Line: Quoted the Fresh Prince of Bel Air theme song in his "About Me" section. I think I'm in love.

Conversational Skills/Rapport: Fluid and witty. Shawnster is fluent on many subjects.

Approach/Chat Up Line: "My name is Dieter but you might know me as Sprockets—the bored, disaffected West German expressionist and minimalist talk show host." (Just kidding. But it so should have been.)

Conversation Skills/Rapport: The only thing that seemed to get him excited was his monkey, Klaus.

Closing Skills: I berühren his affe. Which is German for I touched his monkey.

Approach/Chat Up Line: Life is beautiful.

Conversational Skills/Rapport: Sounded like a Persian hipster and used the word "chill" as an adjective.

Closing Skills: Sure he looks like Ryan Seacrest and McSteamy had a son, but you know this guy drives some cheese-bagged convertible, and dates soft core adult film stars and Hawaiian Tropic Models. He probably spends too much time in Miami, and only recently got the memo that Ed Hardy is not cool..

Being the resourceful and “intrepid" reporter that I am, I was able to circumvent JDate's labyrinth of hidden fees when I recognized an eligible Jew as a distant Facebook friend, and I hit him up there. Where shit is free.

Matthew's mother raised him right. He picked me up in his stylish sports sedan and took me to Madeo, a fancy Italian restaurant and celeb favorite—I once sat at the table next to Jennifer Aniston and John Mayer and overheard them taking about how they wanted to rent a Winnebago and drive cross-country.

JDate is aptly named in as much as we went on an actual date. The conversation was sparkling, as Matthew's personality was a cross between Jon Stewart and Woody Allen, and I was so confident in Matthew's manners I didn't even bother to do the fake reach when the check arrived.

Later, when we went to Hollywood hot spot Nice Guys, Matthew parted the crowd like Moses parted the red sea. Having grown up in Hollywood it seemed that Matthew had been Bar Mitzvahd with every club promoter, DJ, and trust fund baby in the place.

He politely introduced me to all the hipsters, and within minutes we determined that the noise level was not conducive to the witty banter we needed to have to make it a successful first date. So, we vacated and the rest of the date was spent basically driving around Hollywood. We dared each other to moon The Ivy when we drove by, but each failed at the moment of truth.

Since we connected on Facebook, we discovered we had a mutual friend named Malik, so we decided to prank text him and ask him about his dick size. It was all very high brow. We also thought he offered us a hug but that just turned out to be auto correct.

Matthew dropped me off at my house and kissed me on the cheek. Shit was mad proper and my mom would be psyched.

Especially the part about the big dick. She loves that.

Since Tinder offers a variety of actor, model, musician types, and Clown Passions offers a selection of, well, clowns, it was refreshing to sift through a catalogue of doctors, lawyers, and development executives.

But, not unlike Chase Bank, JDate is a cunning labyrinth of hidden fees.

Like when I got to this page and found out I had all these mysterious Sephardic suitors....

Then I clicked on it and it brought me to this page:

So, unless I pay the piper, I never get to find out who wants to spin my dreidel. What kinda bullshit is that?

Basically, JDate is a total tease. You can't get any action going unless you throw down your credit card. Once again, I felt like Charlie Sheen in a Bogota Brothel, but, not in a good way.

Check back on Popdust every Friday for all new Adventures In Dating…next week—Adult Friend Finder….