Adventures In Online Dating—Spotlight On Plenty Of Fish 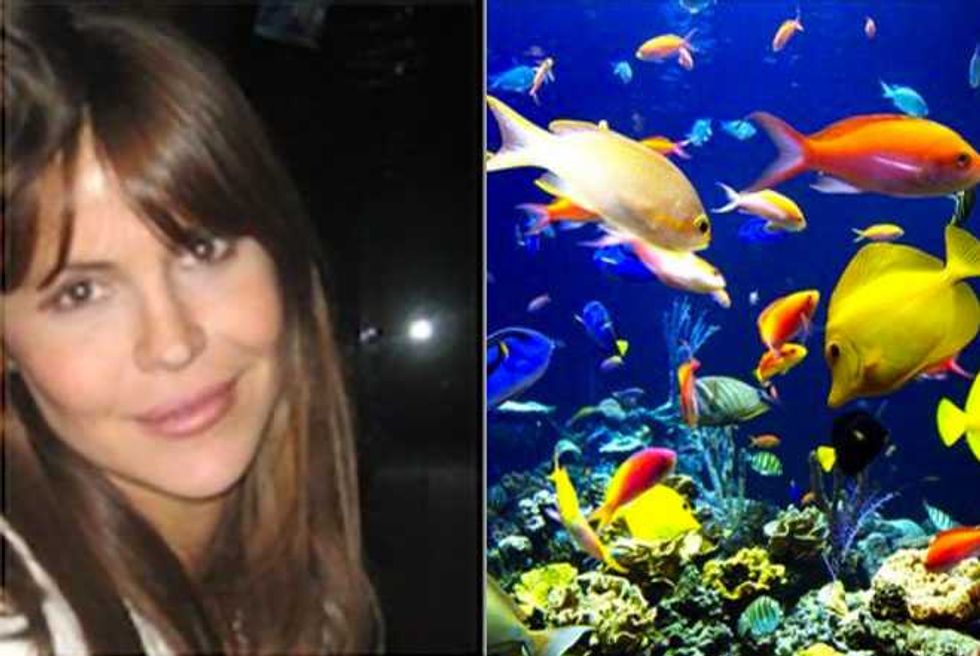 This week, we shine the spotlight on Plenty Of Fish.

Flaps out and ready to roll....

Registering for Plenty of Fish was like taking the SATs. There were so many pointless, stupid questions I almost broke my number 2 pencil. Incidentally, if it’s a number 2 pencil, why is it yellow?

Anyway, POF had some advanced compatibility features, like the Relationship Chemistry Predictor, a multiple-choice questionnaire with helpful questions like number 71.

“When I'm not online, I often think about the Internet.”

Then there was the Relationship Needs Assessment, my favorite question of which was:

My boss happened to see when she walked past my desk and burst into hysterics as she saw the cursor hovering over the “Agree” option.

Another impressive feature was the Language Spoken section, which was so thorough I think it included Uranus. Or maybe it was my anus.

Since I typically depict myself of someone of average height in my mid thirties, I decided to experiment with an improved version of myself to see if it would net me more fish. Wait, that’s confusing, since tuna and all things fish are often associated with women, do men on Plenty of Fish feel emasculated? I had to know.

No. Just kidding. I don’t really give a shit. But I had to know if the 5 foot 9 inch 28 year-old Tagolog speaking Methodist version on myself would get the job done.

BEST PICK UP LINE: "What was all that 1 in a million talk?"

WORST PICK UP LINE: "There will be only 7 planets left after I destroy Uranus. *

*As always, the best and worst are interchangeable.

NUMBER OF CORRESPONDENCES IN ONE WEEK: 36

Approach/Chat Up Line:  Didn’t have one. Didn’t need one.

Conversation Skills/Rapport: Apparently, I met this guy on Tinder and blew him off! Am I insane??

Closing Skills: Abysmal. My closing skills are abysmal…and my flakiness is even worse..

Approach/Chat Up Line: I mean, the guy cooks and cleans. And he owns a tie. And flannel pajamas! My mom is already calling him “son.” But she drinks a lot.

Conversational Skills/Rapport: Was very interested when I told him he won the title of the “Guy My Mom Would Want Me To Date,” but more interested in who I wanna date. I then told him I totally struck out with some hot Italian dude.

Closing Skills: He lives in Costa Mesa, which is like way the F&^% past Disneyland, so he’s gonna call me when he’s in LA.

Approach/Chat Up Line: All right, this guy is definitely not weird, but we don't have a "most awesome" category, and he deserved some screen time.

Closing Skills: Since he's trying to stay away from lame ass bitches, I may never know.

Approach/Chat Up Line: Borders on actionable.

Conversational Skills/Rapport: Perhaps this CNC Machinist did not realize he appears a tad over-zealous in his opener. He's actually a pretty nice guy. (See: Stockholm syndrome)

Closing Skills: In the world of dating, over-zealousness is rarely a good thing. But at least he has an associates degree.

Nick was a hot 27-year-old model/actor/whatever, so I felt that I had to keep the super-human-me charade going.

Over drinks at Barney’s Beanery, which is basically a frat house with a paid bar, I told him I knew Jujitsu and that I had been Miss Teenage New Mexico.

But I made out with him any way, in front of the foosball table.

The 5 foot 9 inch, 28-year-old version of me fared quite well on POF, which leads me to a bombshell revelation—guys like young chicks. And because I got to be a young chick, POF may be my favorite site so far.

The hot to not ratio is strong, and I learned that Tagalog is an Austronesian language with about 57 million speakers in the Philippines, particularly in Manila, central and southern parts of Luzon.

I also got to make out with a 27-year-old underwear model who has never seen Double Impact.

Check back on Popdust every Friday for all new Adventures In Dating…next week—Adult Friend Finder….