AGAIN! Ten Times for Kanye and Jay's "Paris" in L.A. 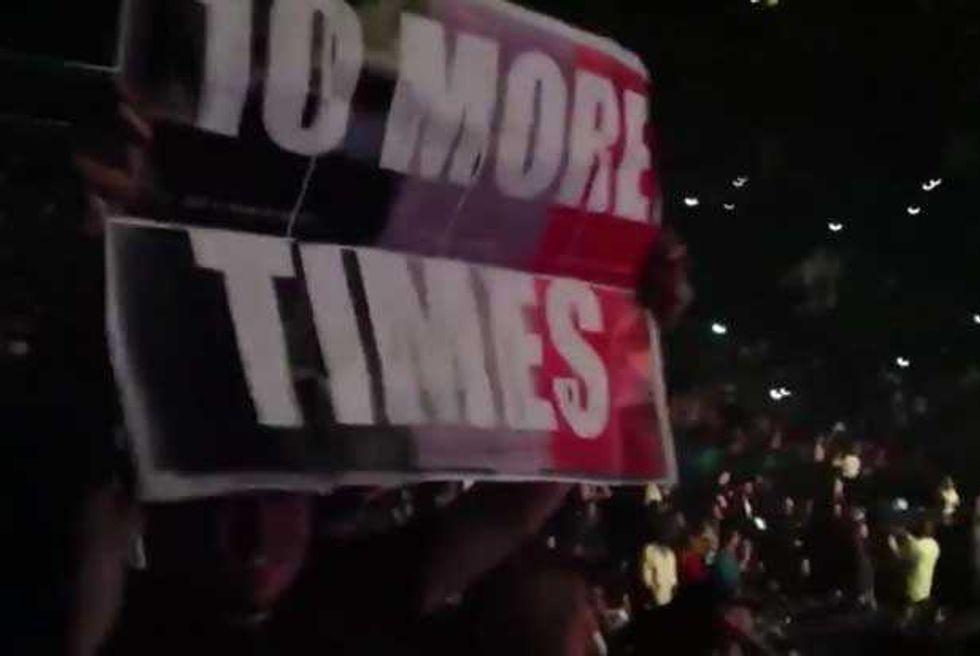 You know, we actually remember having conversations with people after the Watch the Throne show at Madison Square Garden that went something like this:

"Yeah, and they played 'Niggas in Paris' three times!"

"Yeah, it was the encore! They just kept spinning the record back and playing it again!"

"Really? Why would they do that?"

My, how young and innocent we were back then. These days, if we knew somebody who went to a Throne show where they played "Paris" three times, the conversation would probably go something more like this:

"Yeah, and they played 'Niggas in Paris' three times!"

"Three times? Like, only three times in a row? That's it?"

"Yeah, they said they were tired and didn't really feel like doing much of an encore."

"Really? Why would they screw your city like that?"

Anyway, the Throne boys played "Paris" ten times in L.A.—a new record, as if they weren't basically setting the record again with every single time they play now—and the crowd, of course, loved it as much as ever. (You know when people are even singing along to the Will Ferrell / Jon Heder sample that the building is definitely in its zone.) We'd add further analysis of the situation and where it might go from here, but we think YouHeardThatNew said it best: "A.) Kanye better stop screaming like a deranged newborn. B.) I’ve never seen any artists have such fun with one record. C.) This is one of my mothers favorite records. D.) Watching The Throne is in stores now."