Amidst All the Twerking and Such, Miley Cyrus Also Released a New Single 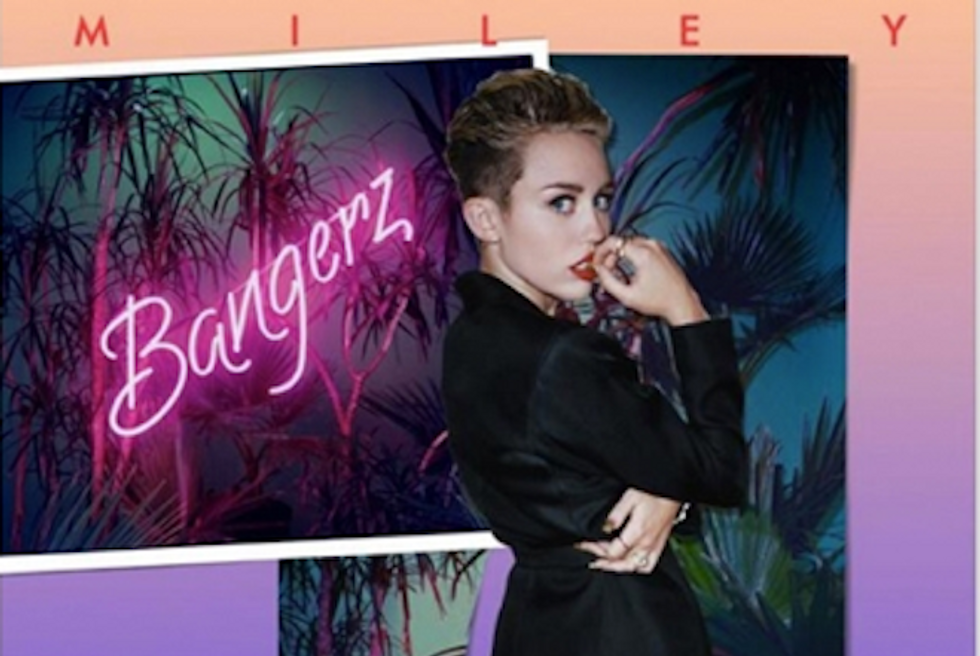 If you're looking for a palate cleanser after Miley Cyrus' VMAs salacious performance last night—which was described by Kelly Clarkson as "#pitchystripper" and caused the entire Smith family to make this face—her newest release might be a solid first step.

The queen of twerk dropped a new Bangerz' track "Wrecking Ball" on Saturday night, and it's basically a power ballad from the '80s. Or a Demi Lovato song, whichever you prefer. "I came in like a wrecking ball/I never hit so hard in love/All I wanted was to break your walls/All you ever did was break me," she sings. A little angsty, but certainly a nice foil to the debauchery of "We Can't Stop." Give it a listen.