Annie Lennox—Beyonce Is Not A Feminist, Doesn't Get What It Really Means 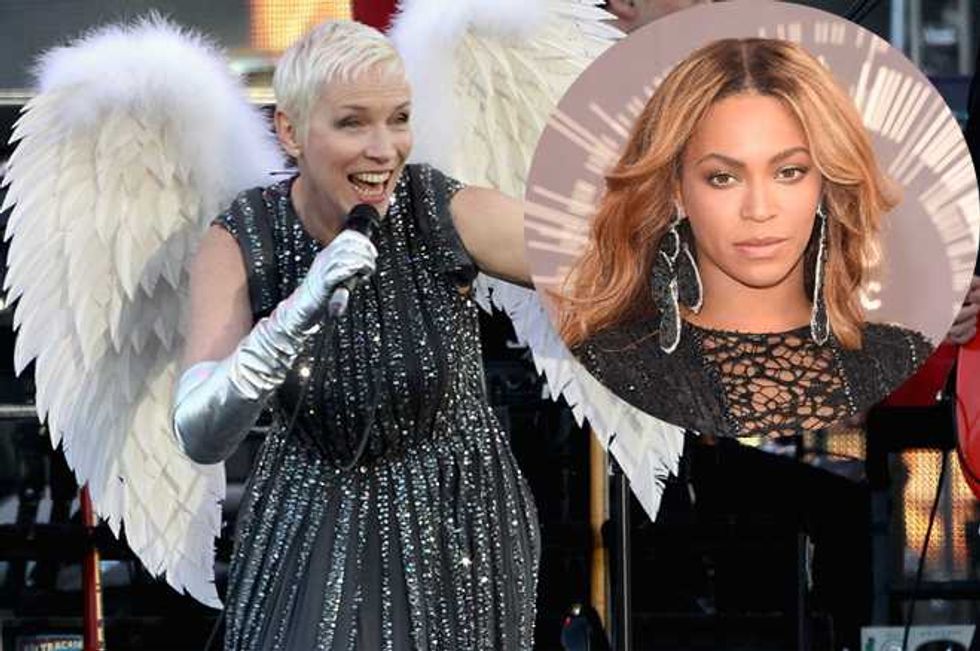 Annie Lennox is seriously questioning Beyonce's feminist values, saying she doesn't believe the performer understands what the word even means.

Beyonce publicly proclaimed herself a feminist at the recent MTV Video Music Awards, but Annie isn't buying it.

Without referring to Beyonce specifically, Annie went on to bash cynical female stars who have co-opted feminism to boost their image, when the truth is they are simply exploiting the movement.

"I see a lot of it as them taking the word hostage and using it to promote themselves, but I don't think they necessarily represent wholeheartedly the depths of feminism - no, I don't. I think for many it's very convenient and it looks great and it looks radical, but I have some issues with it. I have issues with it. Of course I do. I think it's a cheap shot. I think what they do with it is cheap and ... yeah."

Annie also has huge issues with young so-called role models marketing their highly-sexualized images to preteens, something stars like Ariana Grande and Miley Cyrus are frequently accused of.

"What can I tell you? Sex always sell. And there's nothing wrong with sex selling, but it depends on your audience. If they're 7-year-old kids, I have issues with it."

What do you guys think, is Beyonce feminist or not so much? Sound off in the comments!