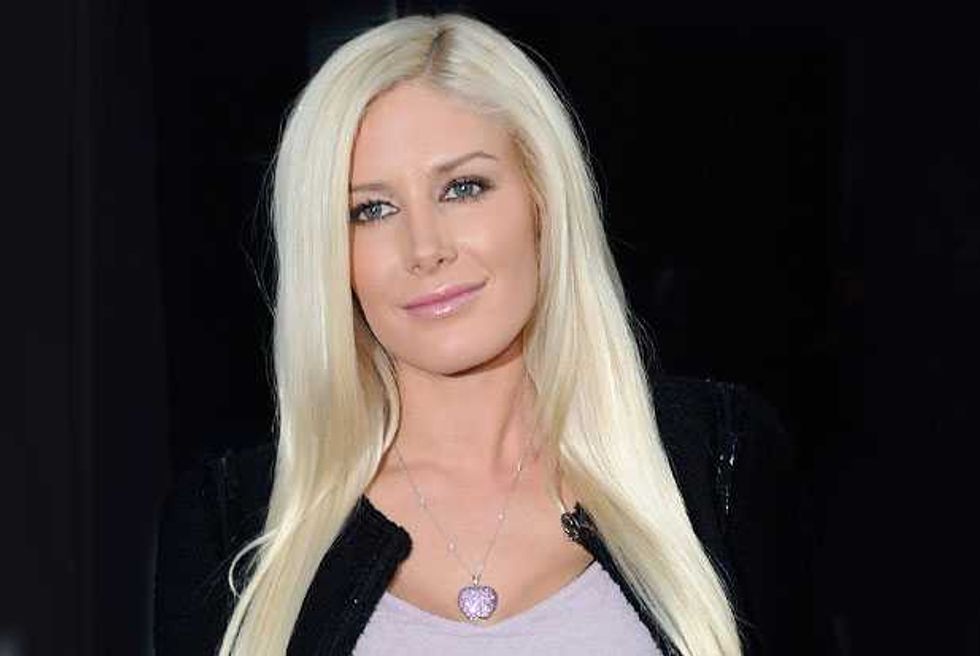 The Hills star and plastic surgery victim Heidi Montag will return to the studio to release her second album this year. Pause. Reread. Take a deep breath. In case you missed the first, having blocked out the ongoings on Speidi ever since they drove a U-Haul away from Lauren's apartment and Heidi gave a lingering glance at freedom through the side mirror, let's remember that the sometimes happy, sometimes staged to seem unhappy couple has continued to wage their quest for reality superstardom by appearing on I'm A Celebrity... Get Me out of Here!—the title is blasphemous in itself—and self-funding Heidi's musical career. Her 2009 album Superficial sold almost no copies—well, 1,000 in its first week—but led her to perform at esteemed events like the Miss Universe pageant. Producer Steve Morales, who has previously worked with Christina Aguilera, Enrique Iglesias and Jessica Simpson—and clearly needs a paycheck—the disc could be out as early as spring, making sure drunken college girls with low self-esteem have something to dance to come Spring Break.

In all fairness, it's been almost two years since Montag was consistently in the news, save for her losing effort on the reality show Famous Food—if that means nothing to you, consider yourself lucky. For all we know, by now she could look something like this. With new years come new beginnings, yet let this serve as a reminder that 2012 unfortunately does not signify the year when faux celebrities stop pretending they have a chance in hell at a recording career, or when we take any less pleasure in criticizing their horrendous attempts.