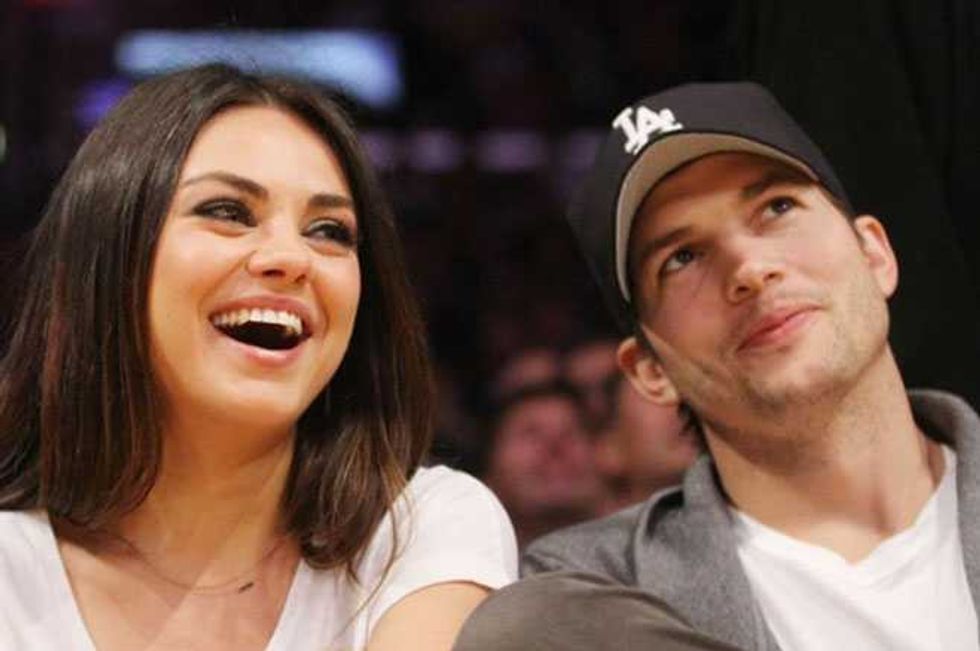 The couple who originally met while appearing on That '70s Show between 1998 and 2006, got engaged in February 2014. They have a 9 month old daughter, Wyatt, and are notoriously private about their little family.

Details of the secret wedding were being kept on the down low, with invitations not going out to guests until a few hours before the ceremony. It is thought to have been a very small wedding with just friends and family in attendance.

Ashton, 37, and Mila, 31, started dating in April 2012, and this is Ashton's second marriage—he was famously married to Demi Moore who he wed in 2005. They separated in 2011 and he filed for divorce a year later.

Mila and Ashton have appeared extremely happy together and frequently gush about each other in interviews, she told W Magazine's August issue;

"My first real kiss ever was with him on the show, we all get movie star crushes. I'm marrying mine."