Anyone who watched Jaws as a little kid very likely has more than a lingering fear of great white sharks.

Now, if you are someone who regularly surfs off the shores of Australia, chances are that you are, at some point, going to come face to face with your celluloid induced fear—so, what do you do when that moment arises?

Scream blue murder and paddle furiously for the shore in a terrifying race for your life? Face that giant fish straight on, punch him in the gills and attempt to show him who’s the boss? Or, stay calm and hang five, ride out your wave and share a special moment with your fellow sea lover?

One Australian surfer decided on the latter—and his encounter with a much feared, and maligned, great white was caught on camera—Popdust has photos.

Andy Johnson, 38, was out surfing with friends when spotters on the beach saw a shadow, which turned out to be a great white, moving through the water towards him. Only 5 feet away from Johnson, spectators began screaming and honking their horns to alert the surfer to the impending danger, and warn him to get the hell out of dodge—STAT.

Johnson, however, had a very different approach to dealing with the potentially deadly encounter.

Check Out This Latest Fitness Craze—Running On All Fours?!

Johnson finally caught a wave which brought him safely back to shore—but not before photos of the event were snapped by amateur photographer Frits De Bruyn.

When asked how Johnson felt after the encounter, he explained, "If you’re going to say a shark is a threat every time you see one, well, that’s not true. They’re doing their thing and we’re doing our thing. I probably have a higher risk of breaking my neck on that reef than the shark causing me harm.

“Every time I go in the water, I know it could be my last day — it’s just one of the risks of being a surfer.” 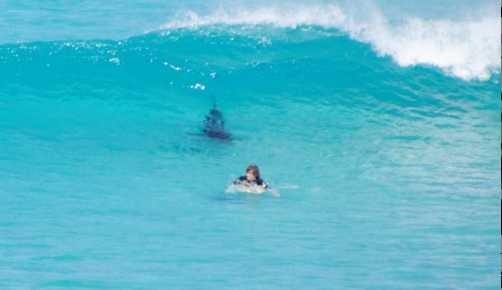 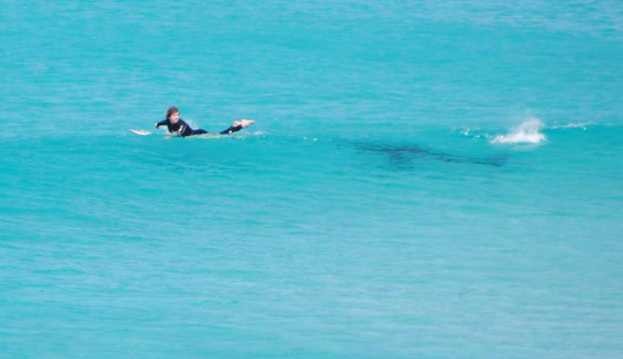 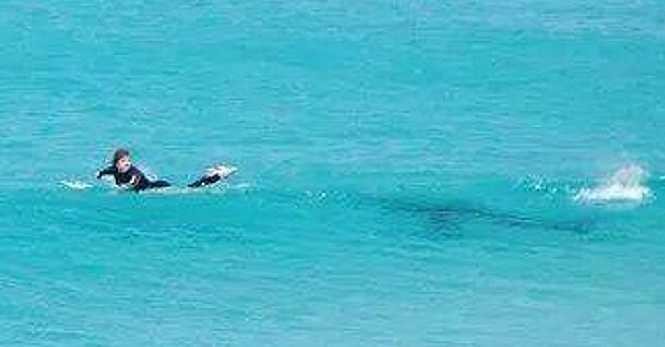 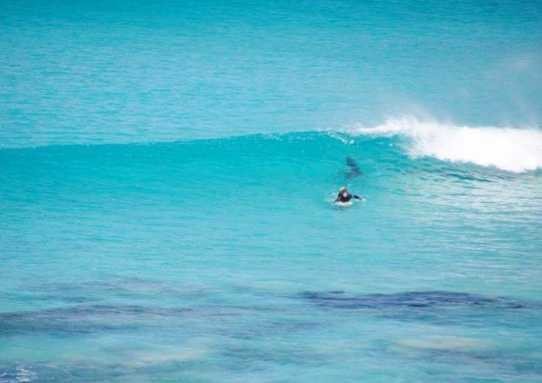 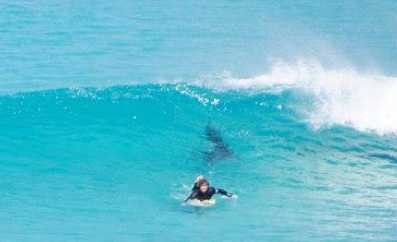 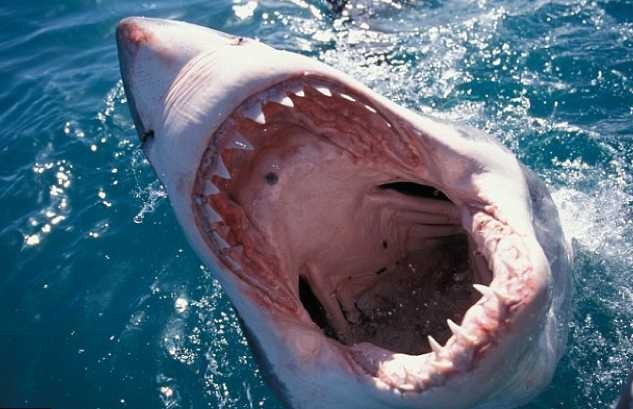