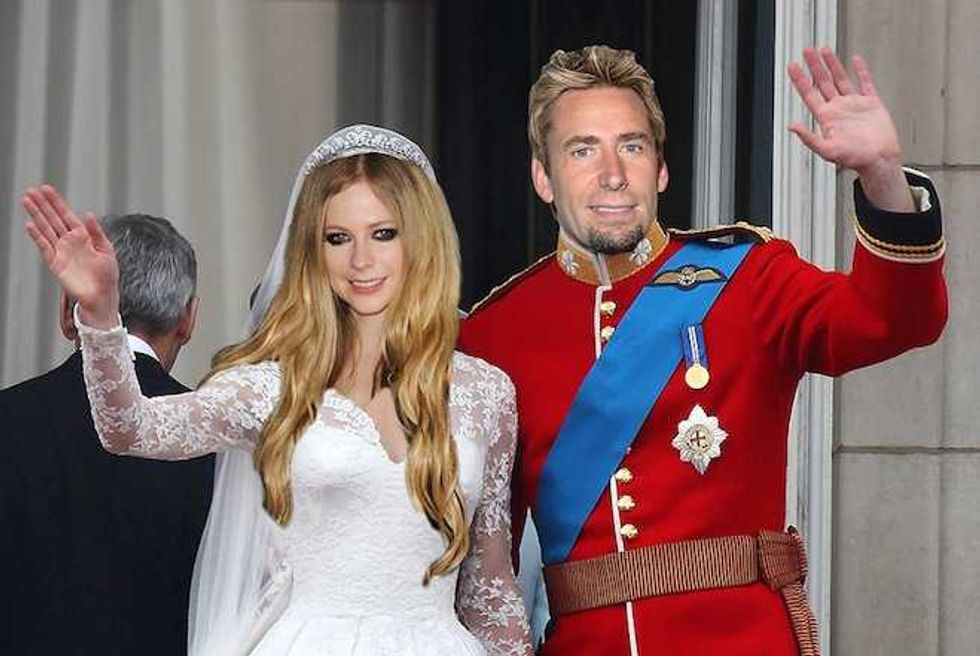 Congratulations to Avril Lavigne and Nickelback's Chad Kroeger on officially tying the knot!"Yes, they're married," according to an insider—sounds legit to us! The Canadian couple settled on Canada Day (July 1st) for their nuptials—adorable, eh?—which were held in the South of France. We've learned that literal fireworks erupted over the Mediterranean as Chavril kissed, but isn't that always the case? "Everyone was overwhelmed," says a source. We assume in a good way.

This is the second marriage for Avril—she was married to another Canadian, Sum 41's Deryck Whibley for three years—but Avril never covered a Sum 41 song (see below). In other words, this one's a keeper. Nothing complicated aboot it.