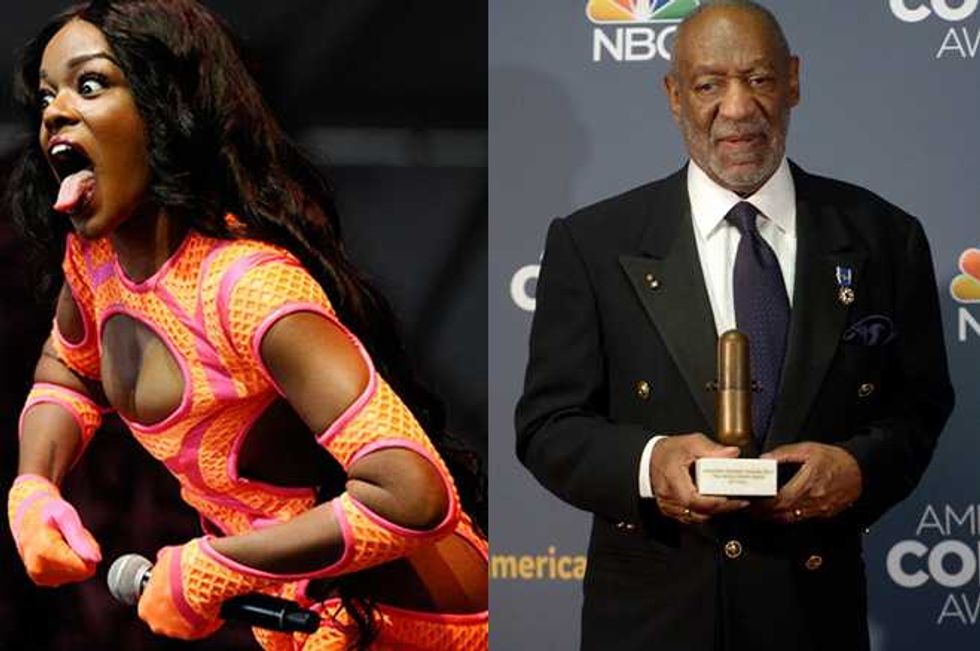 Not content with flaming Iggy Azalea on Twitter, Azealia Banks has upped the cray by siding with Bill Cosby.

Maybe Banks is fishing for a 'Thank You' tweet from Cosby, who has broken his silence only to tweet thanks to his defenders, who now add up to three, unless you count supporter and fellow rape accusee C. Lo Green, then it's four.

Or maybe she thinks she's making a joke?

Whatever. Now she officially cray.