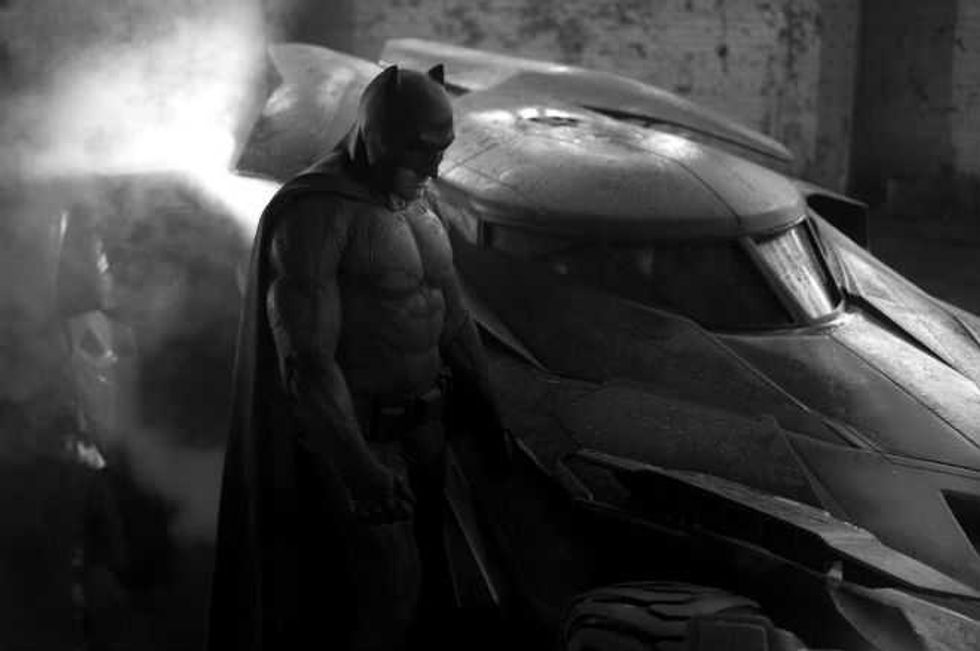 Zack Snyder gave fans a little sneak peek of Ben Affleck in character as Batman - and he looks pretty good!

The director tweeted a shot from set, with the caption "I shot this with my @Leica_Camera M Monochrom. #Batman #Batmobile #Gotham."

The whole vibe is very Dark Knight, but you might notice that the ears on Batman's cowl are shorter and the suit is simpler compared to past Batmans.

What do you guys think - will Ben pull this off?

The untitled Man of Steel sequel opens in theaters on May 6, 2016!