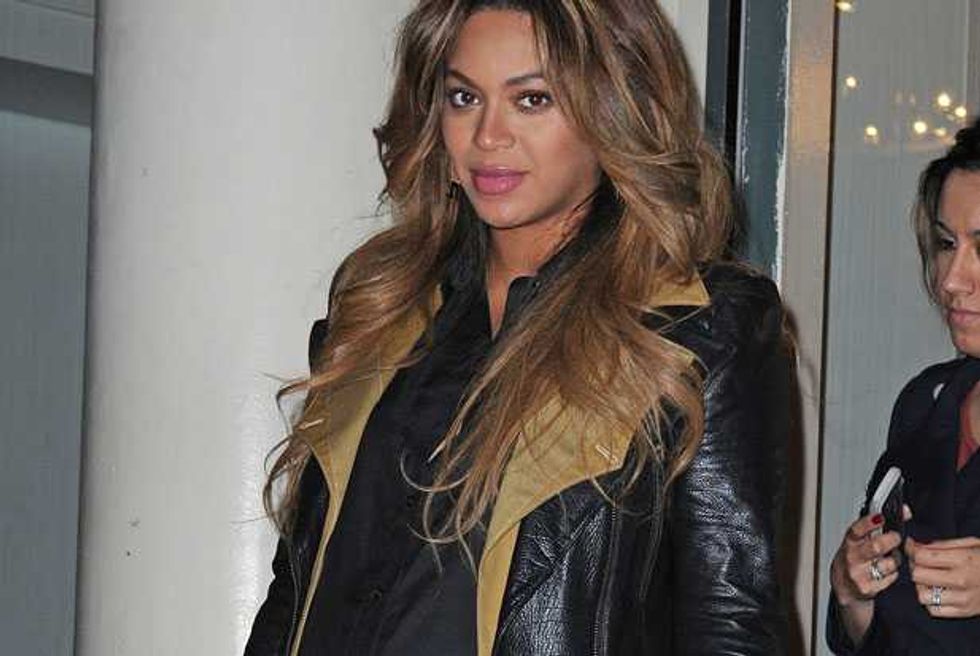 Now that Christmas has come and gone, it's time to start preparing for the second coming. MediaTakeOut sent Beyoncé fans into a frenzy with a report on Tuesday that St. Luke's-Roosevelt Hospital in New York was preparing for a very high-profile patient to arrive. According to sources, Beyoncé was rumored to have booked half the floor of the luxe Labor and Delivery Suite, which is the same area that Alicia Keys gave birth in last year. MTO can't confirm its report from two sources, but it all sounds great—we like to think Alicia and Swizzy will be on hand for an a cappella rendition of "Empire State of Mind" while Ms. Tina drapes Her Majesty in the swankiest of swaddling clothes from the House of Deréon—and follows the most recent pregnancy timetable, as seen in September's "Countdown" behind-the-scenes clip. During that shoot, Bey revealed that she was six-months pregnant, making her due in late December instead of February as we originally thought. Add the persistent conspiracy theories and it's safe to say we need firmer confirmation before we can break out the cigars. She's a sly one, Mrs. Carter!

While some have already made a pilgrimage to 10th Avenue in Manhattan, Babble reports a St. Luke's staff member has refuted MTO's claim that the hospital is prepping for an A-List mother-to-be, saying that "there are no wings of the labor and delivery suite booked up for a VIP patient." Meanwhile Jay-Z was spotted courtside to watch his other child, the New Jersey Nets, on Tuesday night, which we have to believe wouldn't be the family's pre-delivery ritual of choice—unless they wanted his child to crown singing "to the left, to the left." We'll update with any information when we can. What we do know, however, is there is not much time left to to find the perfect pregnancy gift. Get to shopping!