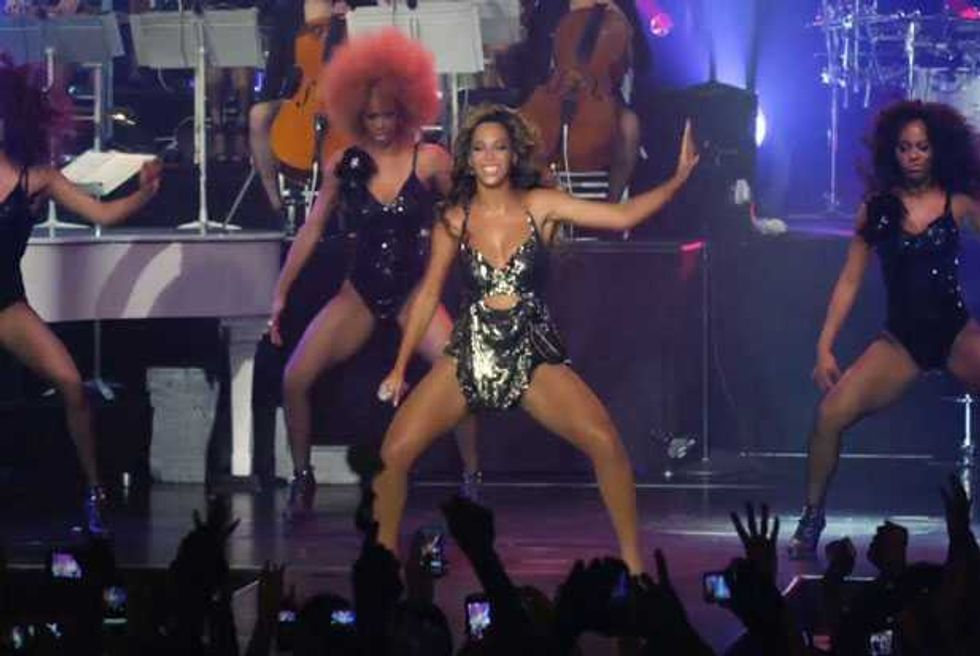 Beyoncé did promise us a new video in conjunction with her upcoming Live At Roseland DVD by month's end, but being the workhorse that she is, she went off-script and released two live performance clips for both "End Of Time" and "I Was Here." We think we can forgive her. "End Of Time" pulls footage from August's intimate shows at New York's Roseland Ballroom as well as her headlining set at the Glastonbury Festival in June. It's filled with lots of flashing lights, teeny tiny outfits and aggressive upper thigh movements, all of which occurred before we knew she was expecting. But see how she touched her belly on "baby"? Of course, we'd rather see a real video for our favorite 4 track, but we guess a compilation of her best live performances of the still-not-an-official-single will do.

Also included on the DVD: Roseland's closing number "I Was Here," the slightly schmaltzy Diane Warren-penned ballad brought together live by a career retrospective in the form of home movies and professional highlights—keep track of those Oprah cameos. Most notable is the brief glimpse of B's wedding dress—no, not the one she wore in "Best Thing I Never Had," but the actual gown worn when she became Mrs. Carter—at 3:36. Three years means nothing when it comes to Bey. Now that we all feel more fulfilled, consider these clips preparation for her impending maternity leave. And if you happened to shed a tear, you're certainly not alone.