Beyonce Unveils the Full "Grown Woman," Proves "Bow Down" Was Not a Fluke 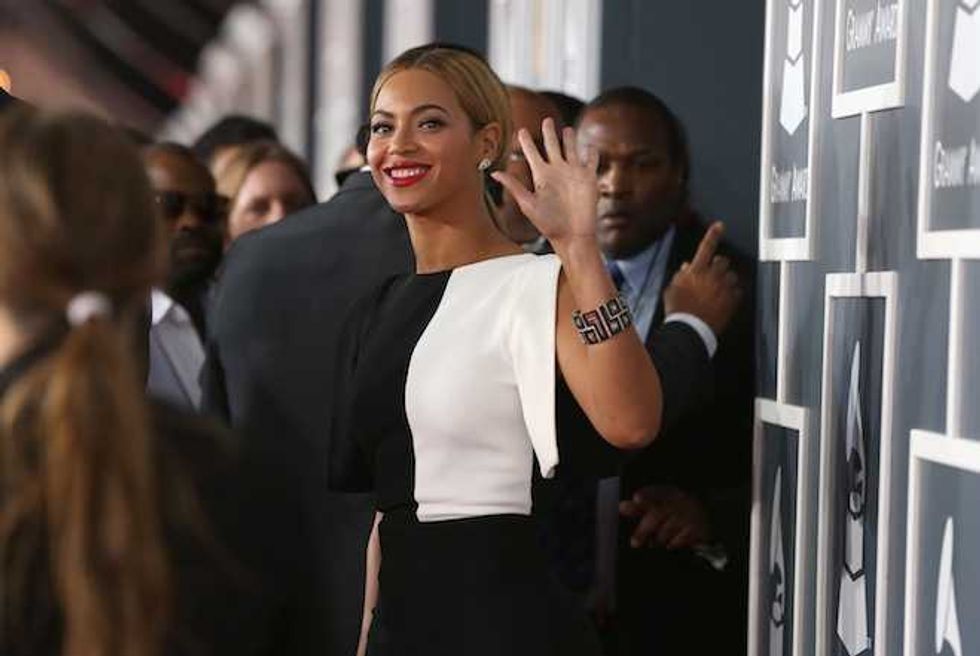 Beyonce is a grown woman. This much has been clear for years now—she's got a husband, a baby and millions of dollars in the bank, all fine signifiers of adulthood—but now she's got a song to prove it. "Grown Woman" has been percolating around the web in various forms for weeks, first in a Pepsi commercial, then in various live performances, but the song's studio version officially leaked late Monday night.

From the first verse, it's clear that the domineering attitude of "Bow Down" was not a one-off. The edges might have been sanded down for the single, but Beyonce's still on top and she doesn't want anyone to forget it. "Tell the world I'm gonna paint this town, now bitches I run this," she sings over a bumping African beat layered with handclaps a screaming crowd and even a random Valley Girl layered deep in the mix. At one point there's even a Mali Music-style breakdown, which we particularly love.

Listen to the track below: