Beyonce's 4 Reviewed: "I Was Here" 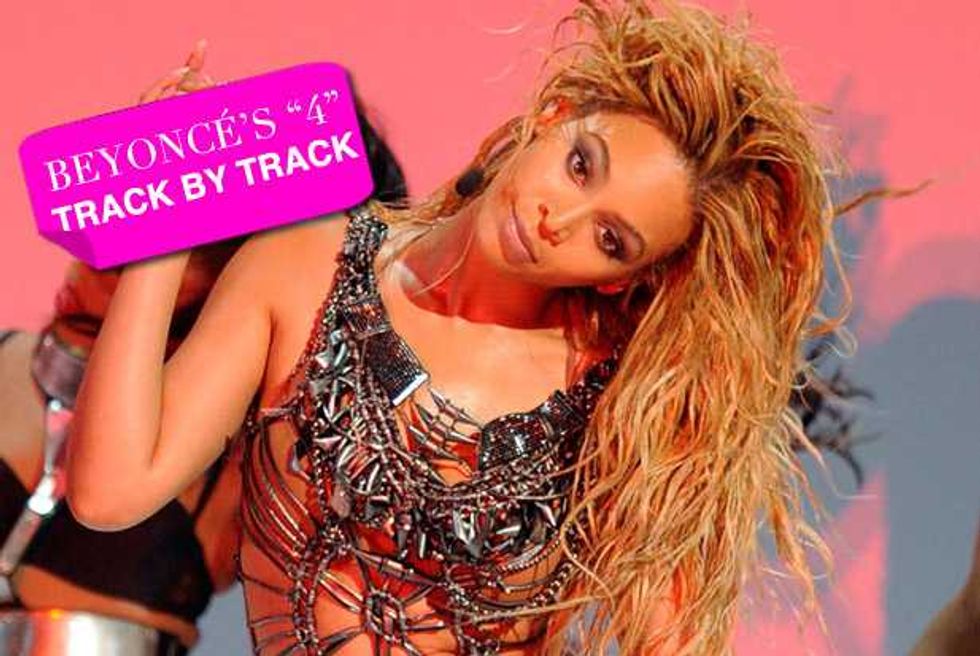 Sounds Like: Another Ryan Tedder ballad, this time at least slightly-less-than-mid-tempo, but with the same reliance on piano,  big drums and bigger vocals as "Start Over." Really, it sounds like a song that could be used as a first-single song for an American Idol winner, which isn't nearly as much of a compliment as it probably sounds.

Pros: One thing you've got to say for this album—no shortage of cool intros. This one has quivering, air-conditioner-like reverb and and plaintively plucked guitar setting an appropriately somber mood, though unfortunately it only lasts for about 15 seconds before Beyoncé and the song's beat kick in. Also, the combination of xylophone and piano that recurs as a hook throughout is nice.

Cons: Why so morbid, Beyoncé? We're not sure what exactly has the Queen B feeling her mortality so—turning 30 isn't easy for anyone, we suppose—but it's responsible for a couple of the draggiest songs on 4, and "I Was Here" is pretty goddamn heavy-handed. There's more octave-up harmonizing like on "I Miss You," but this time around, we're not particularly interested in what either Beyoncé has to wail about. "Leave something to remember / I was here / I lived, I loved." What, you mean like 11 million albums sold and five #1 singles in your solo career alone? Yeah, we think you should be good on that one, B.

Lyric as Personal Mantra: "The hearts that I touch / Will be the proof that I have / That I made a difference."