Beyonce's Second Belly Rub Is Even More Enjoyable Than Her First 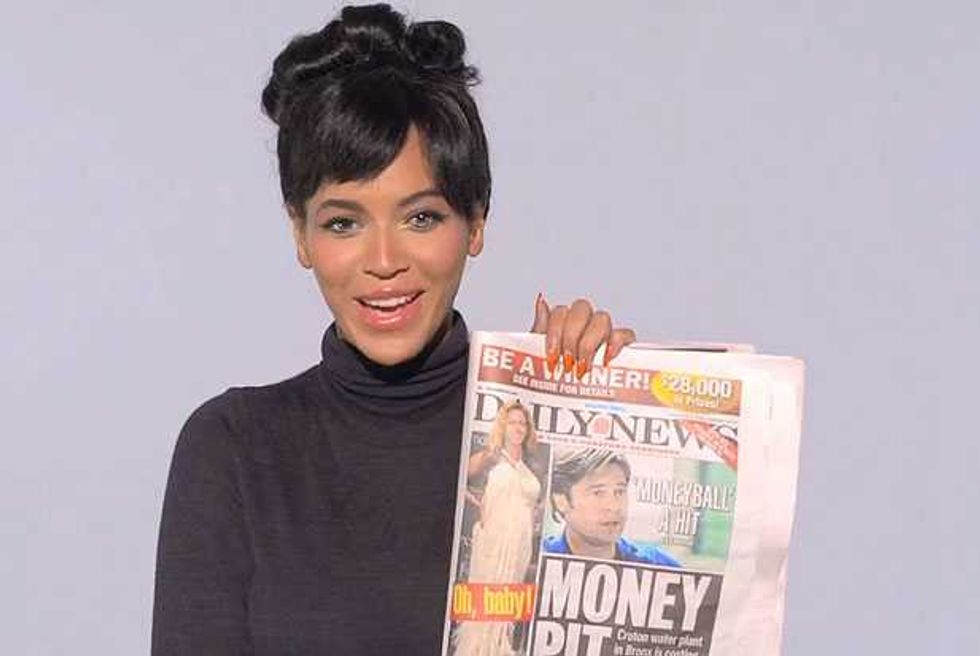 It's been three months since Beyoncé's very public belly rub at the Video Music Awards confirmed her pregnancy, resulting in a new Twitter record and the false hope that we'll all serve a pivotal role in the rearing of Queen B and Jay-Z's unborn child, and yet our shared sense of pride has still not subsided. B has been making fewer public appearances of late, relying on her huge stock of previously filmed videos to carry her through the end of the year, save for the occasional opportunity to dance for her man at a Watch The Throne concert. But just in case you had any doubt about how excited she is about her baby, look no further than the outtakes from "Countdown," the first video to flaunt growing belly, which shows the mommy-to-be goofing off in front of the camera while acknowledging the public's obsession with her growing family through several booming utterances of "Oh, baby!" According to B, the date is September 23rd and she's six months pregnant. Back to the drawing board, naysayers and conspiracy theorists! If you'd still like to stretch your brain by calculating possible conception dates based on this timeline, go right ahead. We'll be practicing our own excited pregnant voices in the meantime.