Bare-chested and Scottish, BIFFY CLYRO are back

About 3.1% of Americans self-reported Scottish ancestry in the last census. Is that a lot, for a small, mountainous and kilted corner of the world? Earlier this week, they turned out in droves to Brooklyn's Warsaw to revel in the arrival of Biffy Clyro, hard rockers from the burgh of Kilmarnock, touring their seventh record, Ellipsis. Ellipsis debuted on the top of the charts last year, their second album to do so and, later this year, Biffy will be headlining no fewer than two festivals. Their publicist fervently told me they are second-line Glastonbury material, peers to The xx, The National and Katy Perry.

Over here, they play Irving Ballroom in Manhattan, which they hit last month, and the Warsaw over here (Live Nation's two sticks in the small-range venue game). Having hit Irving Ballroom last month, Warsaw remained packed in the front - people gave me very hurt looks if I trampled them. The back was spacious, far more spacious than it was a few months ago at the Sleaford Mods gig I attended and there was room to get a beer and lean back contemplatively. But the front was passionate: there was at least one Scottish flag held eagerly and at least two Yes Scotland t-shirts could be seen in attendance. Where fare like Franz Ferdinand and Frightened Rabbit have done all they could do to appear British for diligent anglophiles. Biffy, from their accents to the kilt-like plaids they wore and nothing else, are mad Scottish.

But they also make rock and roll of the heavily-tatted variety. Their set was the curious fury of the band's major label years, hard and sincere Spinal Tap-stuff like "Wolves of Winter" (begun with a stoic reverie of heavy metal silence followed by intensely wrought guitar action) and the acoustic ballads that had frontman Simon Neil strumming Scottish tunes from his wooden box by his lonesome. A remarkable percentage of the crowd was singing along. 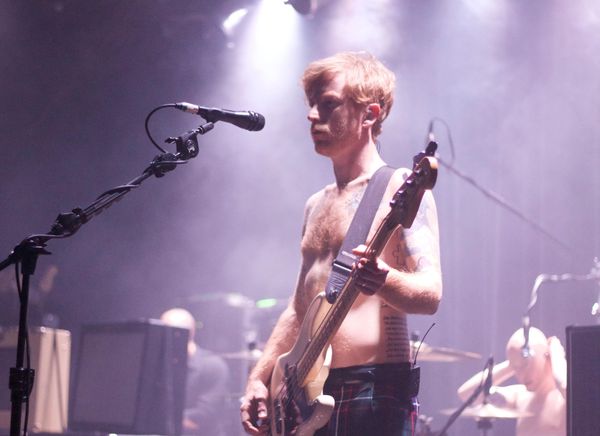 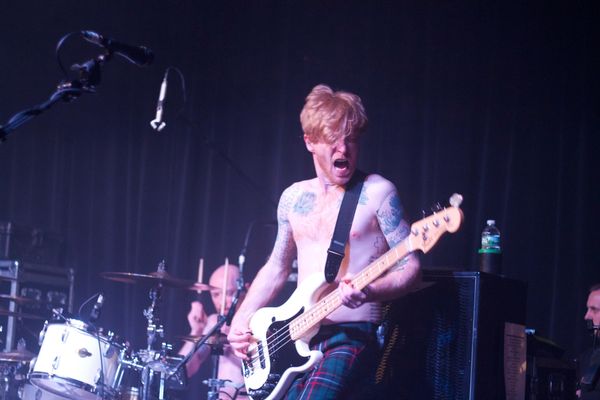 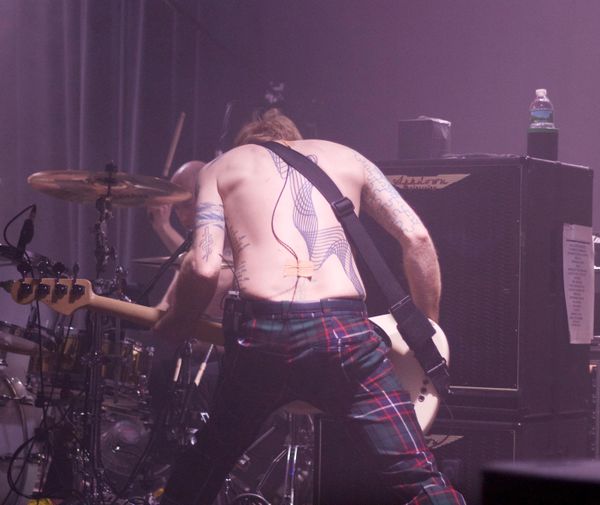 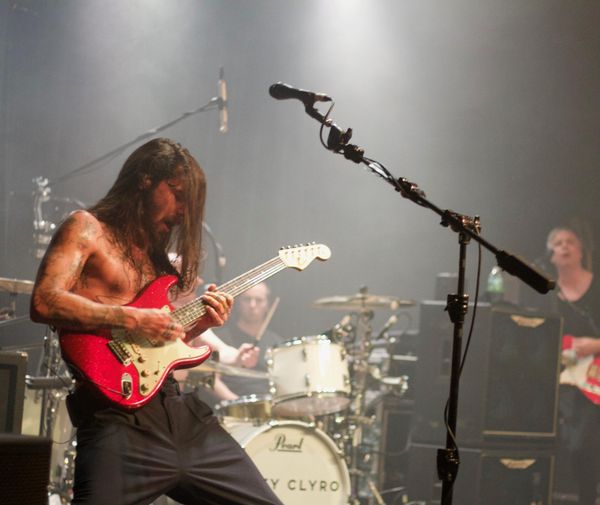 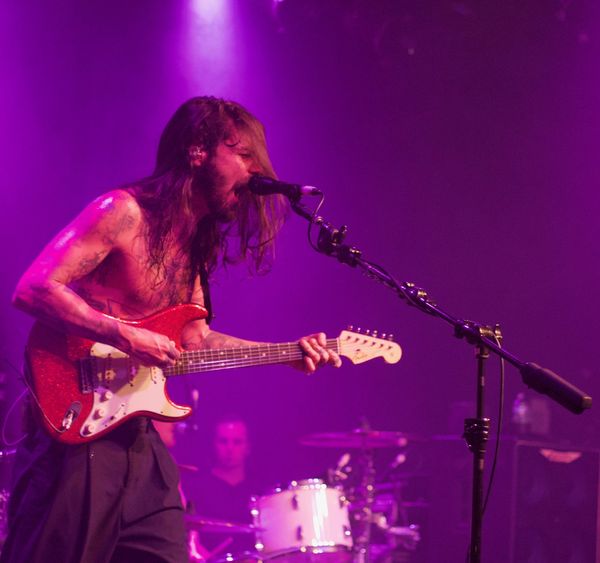 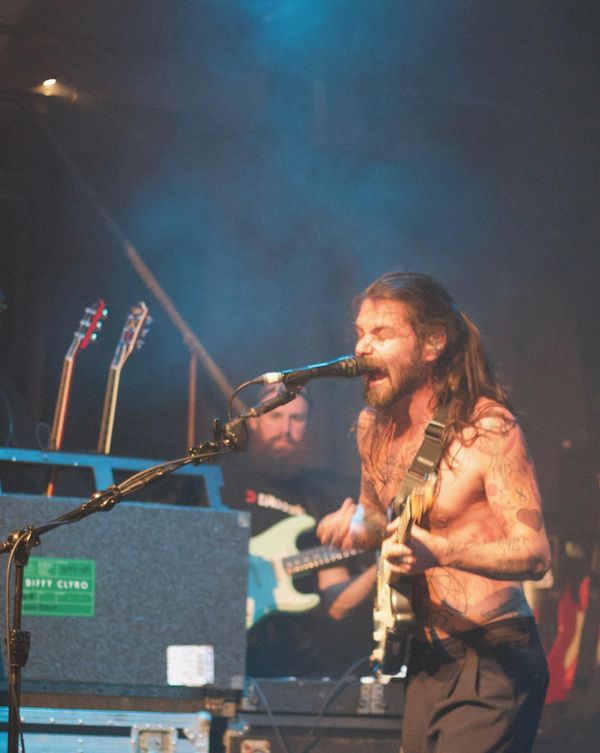 If any notion of 'scene' in the rap game feels threatened, hip hop heads should rest easy looking at Biffy's ilk: major label hard rockin' organizations, of late, have become a homogeneous torrent of noise that all sound vaguely like the Foo Fighters. Which might by why Biffy has had such trouble latching on in the States: their sound, even seven records in, remains idiosyncratically informed by the land of Trainspotting more than any of the Britpop crossover bands that populated Danny Boyle's celebrated score. "Many of Horror," a ballad that Biffy closed the night's main set with, is a ballad with the songwriting chops of a primetime Billy Joel that's already been used by one X Factor-winner to reach chart-topping heights. But the way Neil sings a line like "my bruises shine" sound like a well-mannered punch in the face at any intuition that would nonironically serve haggis. In the squeezed space of a thousand-person venue, it doubles as something sung around a campfire, surrounded by loved ones.

Still a compact trio of schoolyard friends, their more expansive late-career offerings require at least one guitarist on the side struggling to keep up with the family men chugging around the stage with impeccable showmanship. Before the show, I had the chance to chat with Ben Johnston, the fanatically bald human drum machine who is married to a school teacher and not, say, Pamela Anderson. Pop-songwriting fascinates his band, he told me, out a fear of retreading old terrain. He's a big fan of trap, for instance.

For fans of the genre of clashing guitars and strutting solos that are unafraid of irony, Biffy's US tour offers the fabled dream of the old Ozzfest, a safe space for the rock and roll fist-pumping that even Dave Grohl feels compelled to ironize in his stadium jaunts. You just might learn something from your Scottish brethren. 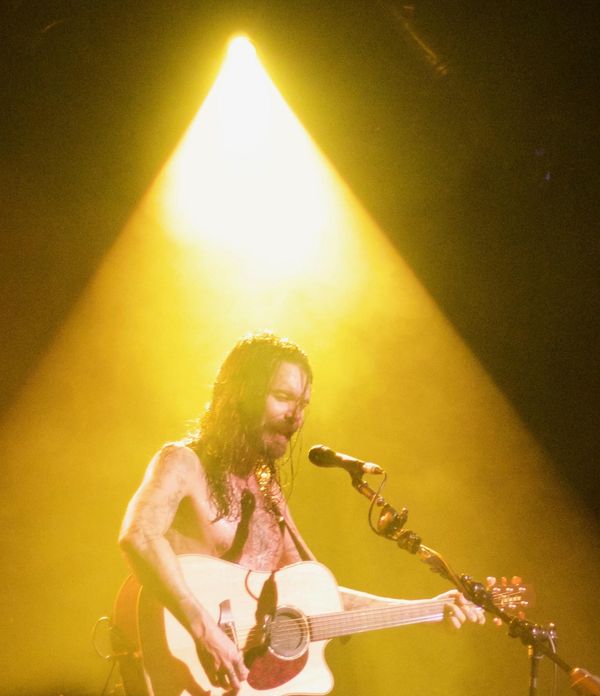 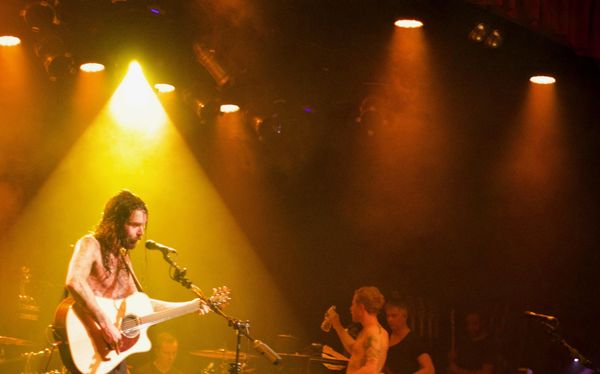 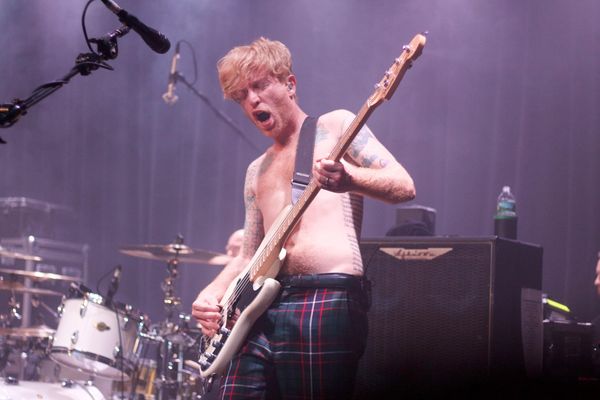 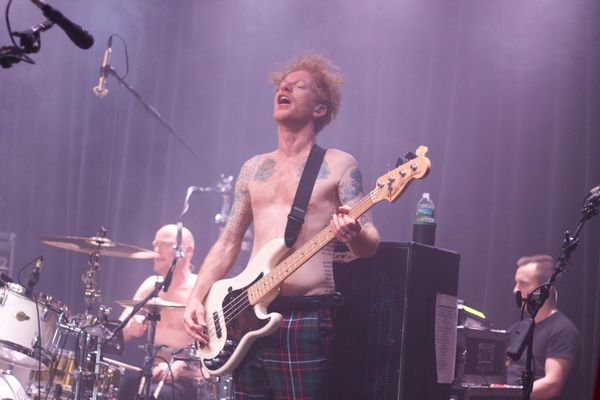 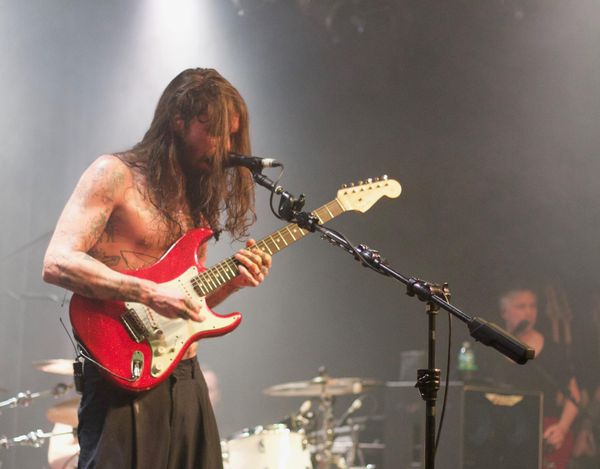 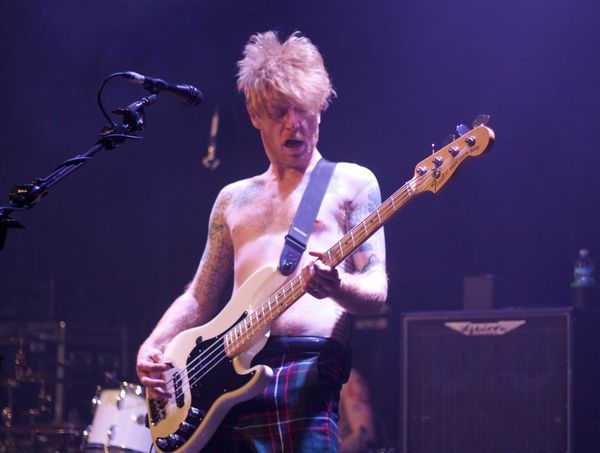 Biffy Cylo will be hitting the States for much of May, until returning to to UK where they are more beloved. Get tickets here.

Andrew Karpan still just wants to write for NME but they continue to reject him. Follow him on Twitter.

Is the next Flume from Chicago?