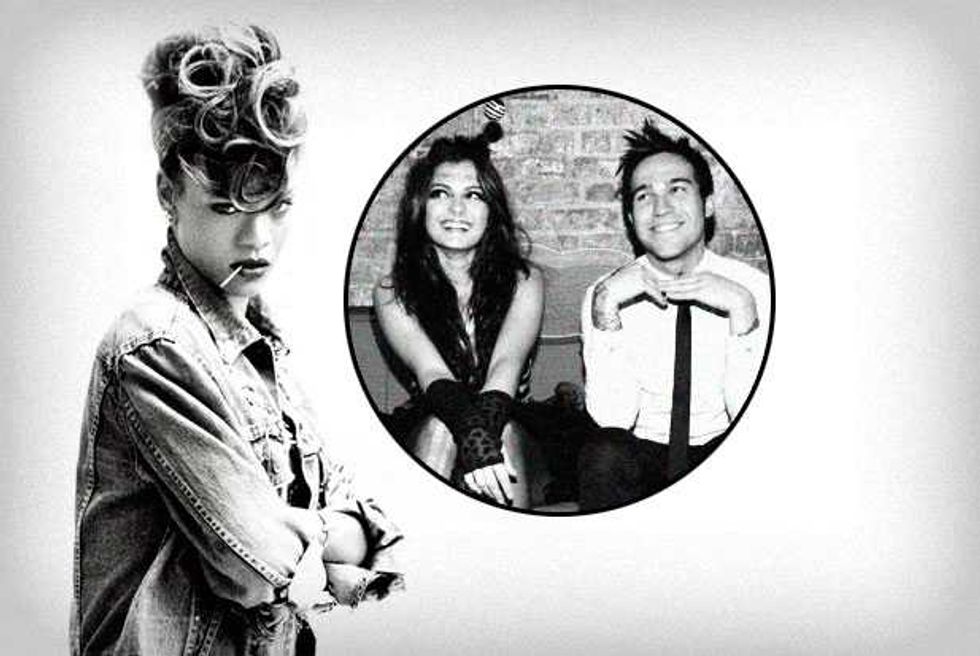 You could say that Rihanna's latest smash hit "We Found Love" already sounds sort of like a remix of itself—three or four years ago, the single version of the song would have a much slower, borderline-ballady tempo, and you'd only find the Calvin Harris edit of the song on the b-side of the single. (They were still releasing CD singles back in 2007, right? Maybe.) Anyway, if so, then the Black Cards—that's Pete Wentz and Bebe Rexha—have double-remixed the song, making it even faster, even more aggressive and with even more zooming electro sounds. Suffice to say, if you didn't think "We Found Love" went hard enough the first time out, you should be overjoyed to have this remix in your life.