Bow in the Presence of Greatness 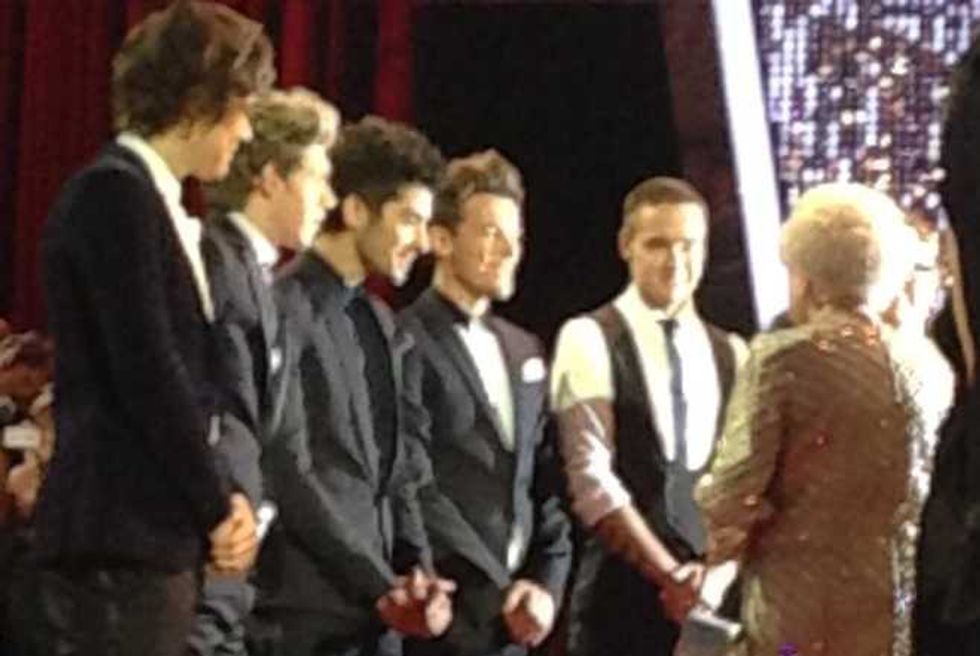 If selling half a million albums wasn't enough proof that One Direction is currently on an unstoppable ride, the boys met Queen Elizabeth II during the 2012 Royal Variety Show in London on Monday. Such an encounter is a non-factor to us Yankees, but imagine finding yourself within 10 feet of Abraham Lincoln and Beyoncé. Aha! Now you're on their level.

And like the good English chaps they are, the guys were tickled by the idea of such a royal interaction.

Having a great time at the royal variety show !! :D

Today, I met The Queen.

Of course to Niall, The Irish One, Elizabeth is just one of many "legends" he's had the pleasure of shaking hands with. She's not his queen!

Great evening ! Met some legends! Happy to be invited

While the boys were preparing to nervously bow just like their mums had always instructed them to do, the Queen clearly wasn't briefed on the proper way to act when one comes in contact with members of 1D. Where are the mascara tears and hysterical screams?