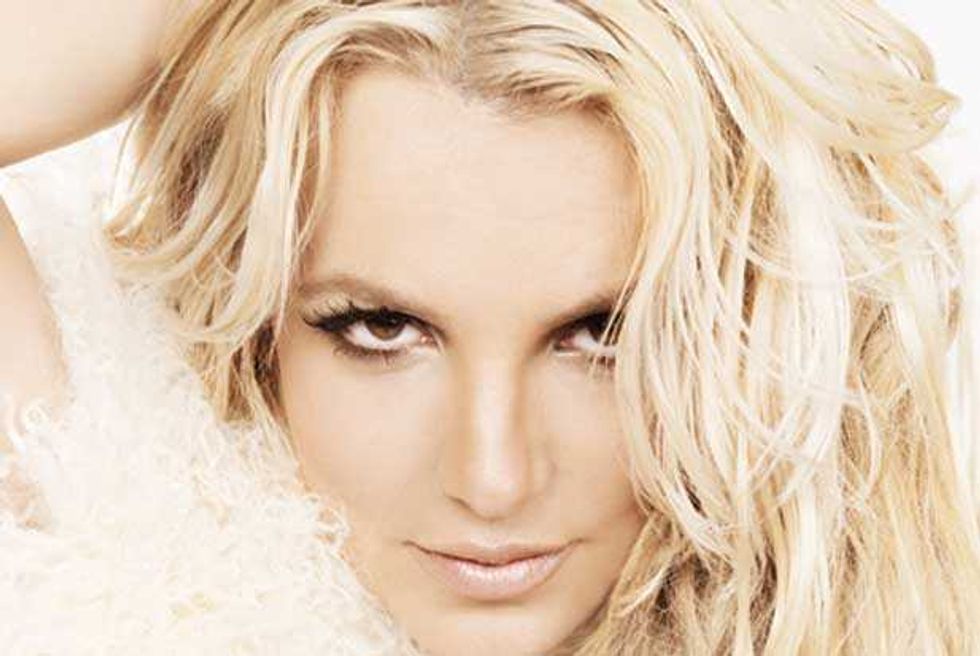 Britney Spears announced the title of her forthcoming album, Femme Fatale, today, and she prefaced it with a couple of tweets that sounded like they were written on index cards during a brainstorming session for her perfume ads: "Sexy and Strong. Dangerous yet mysterious... Cool yet confident!" (OK, that last one sounds like it could also be touting a deodorant line.) The press release added, "The iconic global superstar's title Femme Fatale is a tribute to bold, empowered, confident, elusive, fun, flirty women and men." And it was packaged with what looks like the album's cover:

As the calligraphic number on this piece of fluffed-out art suggests, Femme Fatale is the seventh studio album released by Britney since she arrived on the pop scene with ...Baby One More Time some 12 years ago. The press release notes that "Spears is peerless among her contemporaries," and it's true in this particular sense—of the artists who came up during the teenpop boom, only the Backstreet Boys have a seventh album (although man, Justin Timberlake really needs quit it with the acting and get to work on reaching that mark). Other seventh studio albums from seven artists who have as much musical starpower as Britney, with musical highlights:

The Beatles: Revolver ("And Your Bird Can Sing")

Prince: Around The World In A Day ("Pop Life")

The Rolling Stones: Beggars Banquet ("Sympathy For The Devil")

Britney and her elite squad of producers probably won't take many artistic cues from these albums, although part of me is really dying for a "Leave Me Alone '11." (OK, "Piece Of Me" was a start, but seriously, someone needs to make this happen.)