Casting On A Cloud: Taylor Swift And Lea Michele Both In The Running For "Les Mis" Movie 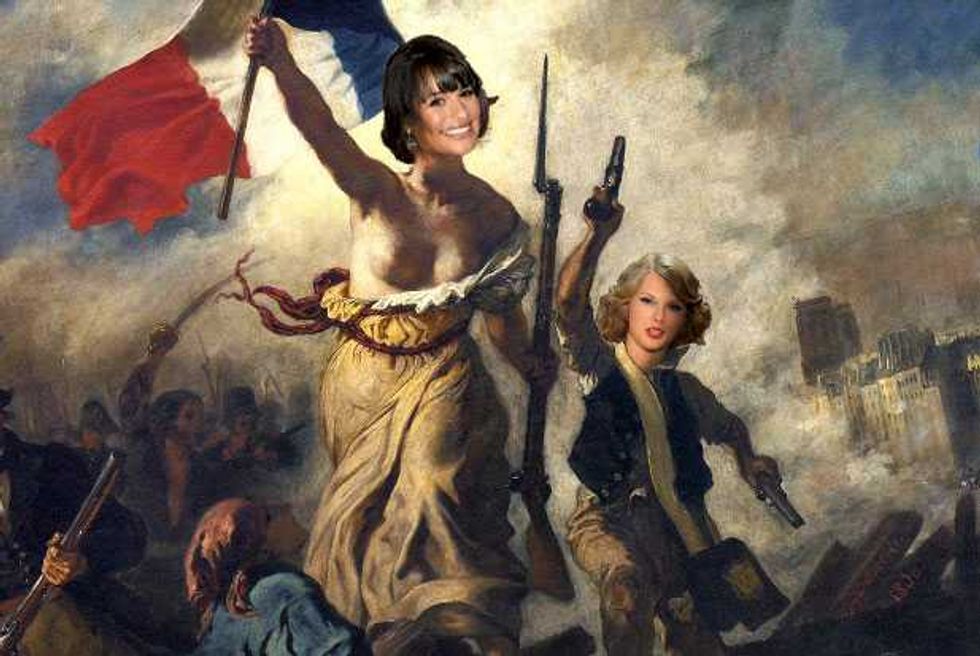 With every high profile casting rumor, Tom Hooper's Les Miserables adaptation runs the risk of following the Garry Marshall school of overstuffed filmmaking. After Hugh Jackman, Russell Crowe, Anne Hathaway, Eddie Redmayne and Geoffrey Rush have all signed on to the upcoming film, the New York Post is reporting that Lea Michele and Taylor Swift recently auditioned for the role of Eponine—the people's character—among a group of contenders that include Scarlett Johansson and Evan Rachel Wood. In a battle between a Broadway veteran turned television star, actors who want to be singers and everyone's favorite cover artist, we guess all four have a shot? Johansson did the singing thing by releasing an album of Tom Waits covers, while Wood has previously conquered the Beatles onscreen, and may have something in common should Hooper be a closeted Belieber himself. Swift, whose previous film credits include an insufferable high school cheerleader in Valentine's Day, is boss when it comes to traveling the country and changing her set list every night, but portraying the lovesick, victim of the June Rebellion? A constantly surprised look such as hers is much better suited for Cosette.

Which leaves Michele as the obvious choice for the film. Free your mind of Rachel Berry's baby clothes and Type A neuroses, and focus on her theater pedigree and powerful vocals. While plenty of girls and boys channel Eponine nightly with their own takes on "On My Own," Michele has the advantage: she previously performed the pivotal song in her day job, and portrayed Young Cosette in the Broadway production as a little girl. And much like the rest of us, "On My Own" also happens to be a regular staple in her live repertoire, as seen below.