Jenna Jameson and Farrah Abraham put on a simulated sex show for their lucky Celebrity Big Brother housemates last night—and it was every bit as revolting as you would imagine.

As previously reported, Abraham and Jameson are currently across the pond wreaking havoc day in, day out, in the name of reality television, making for, what can only be described as, glorious train wreck TV.

Jenna and Farrah took a break from their past few weeks of non-stop cray cray, bitching, fighting, confrontation and just general all round insanity, in order to showcase their natural talents in a segment titled Celebrity Show Off.

E.L. James would likely hang up her 50 Shades of Grey pen if she had the chance to catch Jameson's literary masterpiece, which she read aloud, over a soundtrack of heavy breathing.

“As soon as I entered the CBB house I knew it would be a sexual odyssey," Jameson began. “I could feel the sexual tension immediately as I noticed James undress Farrah with his eyes."

“Before long I felt a pain deep in my loins for Gail, while Sherri was taken from behind by Bobby. Janice then reached sexual ecstasy with Natasha, before Scoop charmed Chloe-Jasmine.

“Eventually, all the housemates enjoyed a romp that was tighter than a pair of James' underwear."

Jenna Jameson Is Faking Couples Therapy Relationship For The $$

Next up, Abraham—acting decidedly more Coquettish Farrah than the Insane Bitch Farrah that we've come to know and love so well.

Sporting a pair of Sarah Palin-esque glasses, the 24-year-old treated us all to a lesson in how to effectively use a condom (something she obviously came to later in life, given her Teen Mom status).

Abraham's penis stand-in prop of a banana, allowed for a slew of nod, nod, wink, wink, size quips, worthy of the great Bobby Davro himself, who looked on appreciatively.

And then, the pièce de résistance….

After slipping in to something a little more comfortable—i.e.: skin tight jumpsuits—and arranging their hair into school girl style bunches, the toxic twosome got down to business.

Farrah was soon back to her usual crazy self again though, following her performance with Jameson, as she boasted about her sex tape, claiming (incorrectly) that her cinematic masterpiece, the beautifully titled Backdoor Teen Mom, outsold Kim Kardashian's.

(Vivid Video's Steve Hirsch debunked her bullshit—telling TMZ sister site, Fishwrapper that although Abraham's tape initially got more hits than Kardashians, the latter has actually outsold the former by 100 to 1.)

Meanwhile, as Jenna and Farrah toned down their Mean Girls act, it seemed the rest of the housemates were ramping up the cray cray—courtesy Janice Dickinson.

The self-titled original supermodel is driving everyone around her to the brink of insanity, as her crazy loud snoring is leading to serious sleep deprivation.

Austin Armacost is taking the insomnnia-fueled fury lead, tearing into Chloe-Jasmine Whichello once again over her “disrespectful" alcohol avoidance techniques.

Not surprisingly, the X Factor loser was left in floods of tears (as per usual) whilst fiance Stevi Ritchie gave his very best Incredible Hulk impression, warning Austin not to get him angry…because, oh shit son, "I'm like Hulk when I'm on fire."

"I don't want to get into any arguments ... I'm just a chilled fucking guy," Stevi vowed. "I respected Austin's night the other night. I totally get what you say but I've got to stick up for my girlfriend."

And so, the insanity continues…. 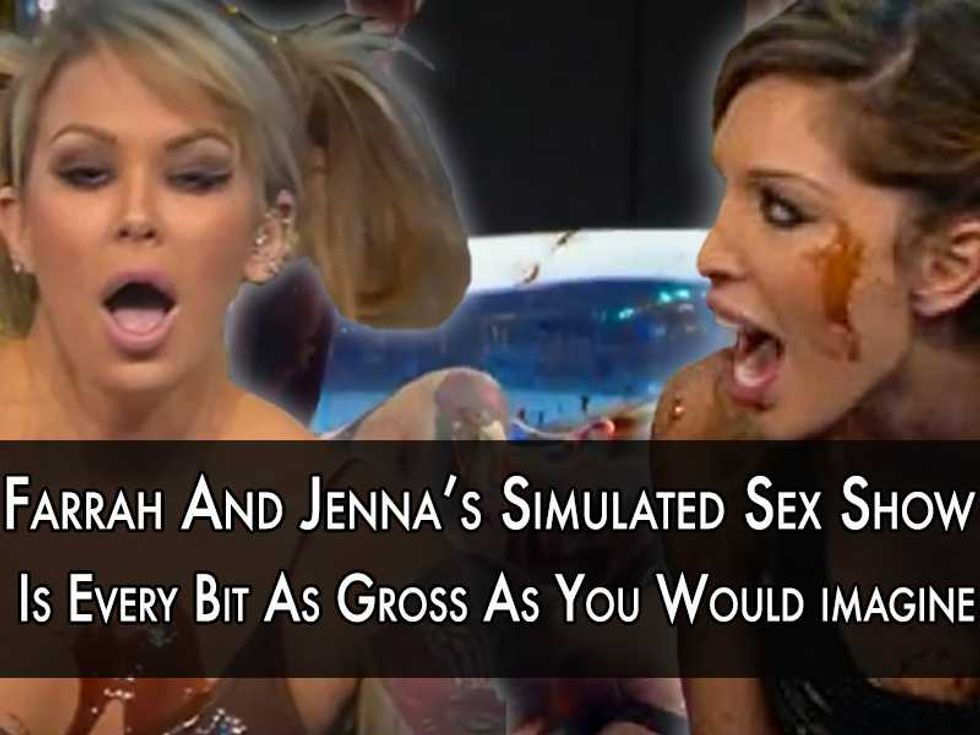 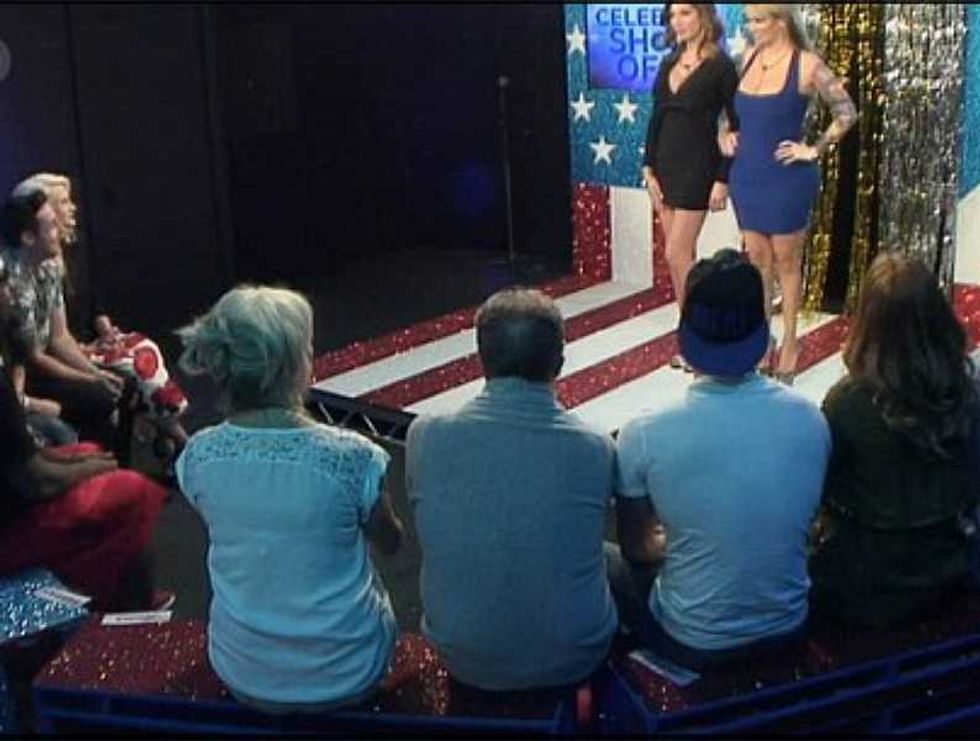 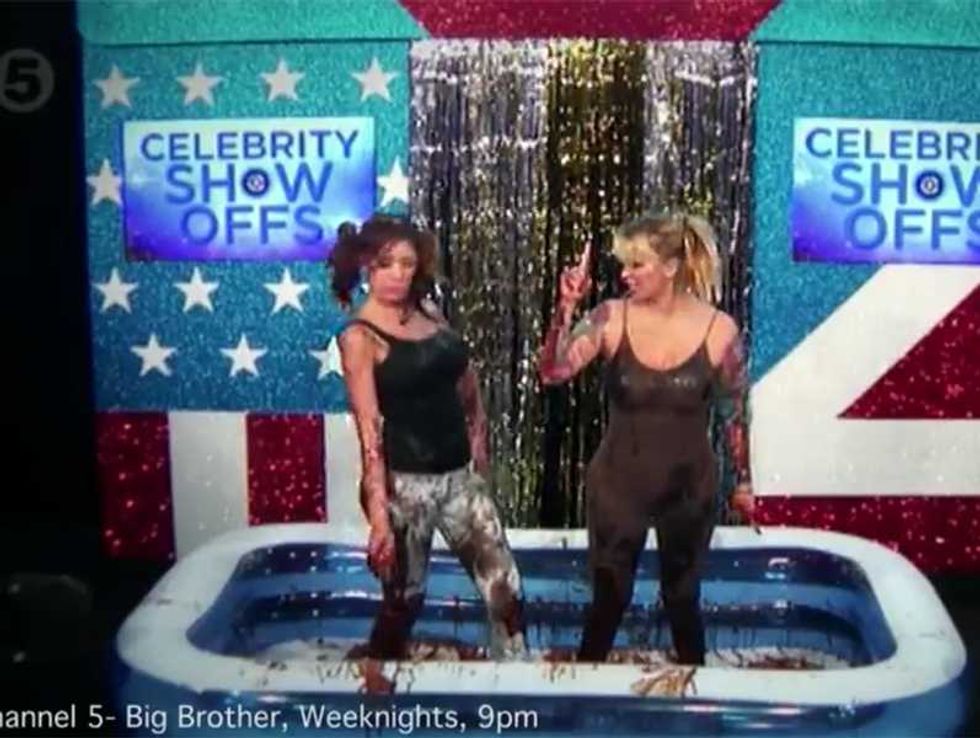 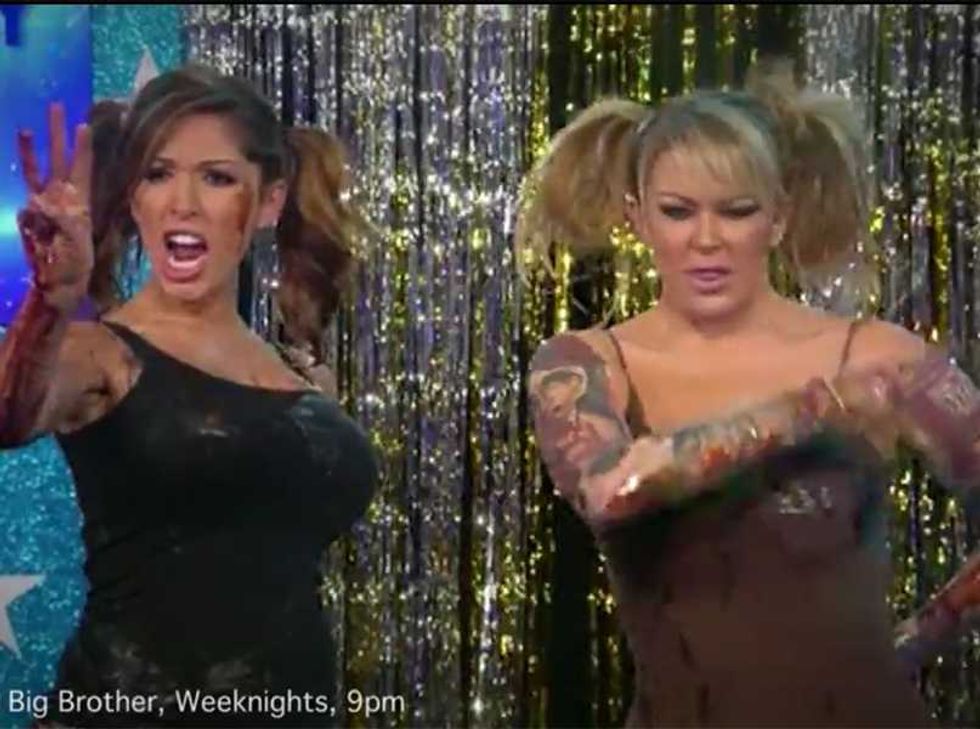 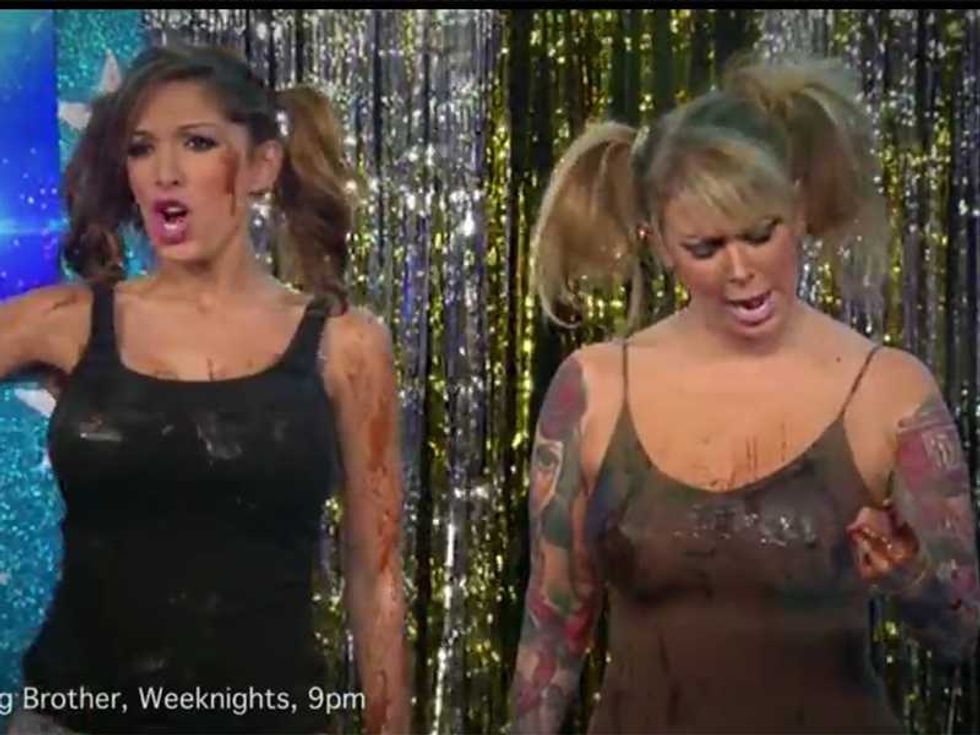 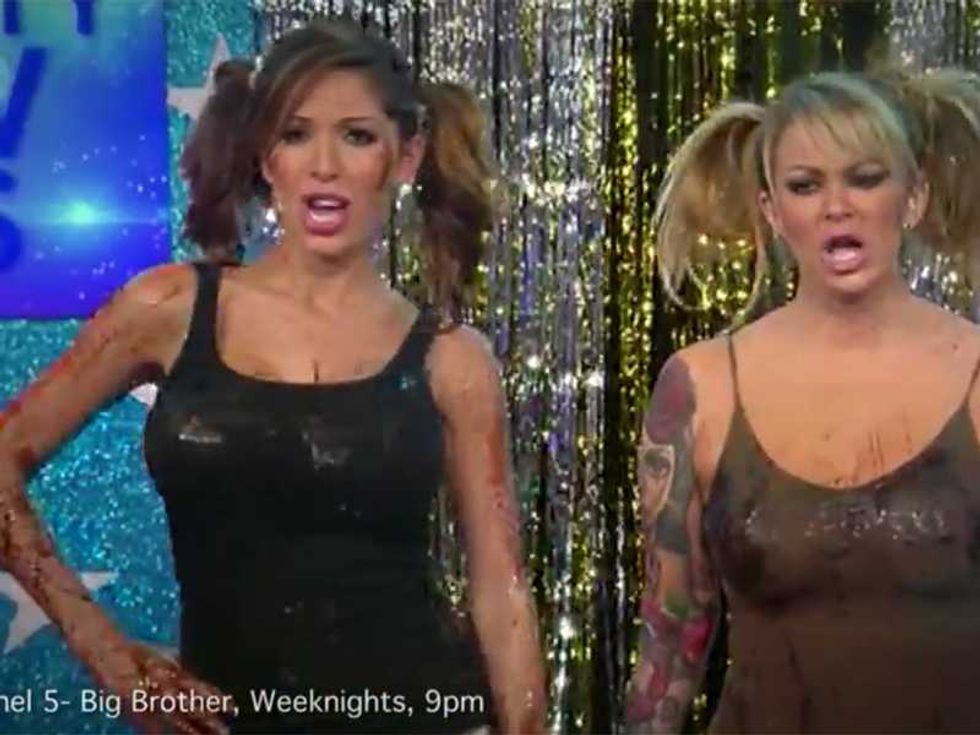 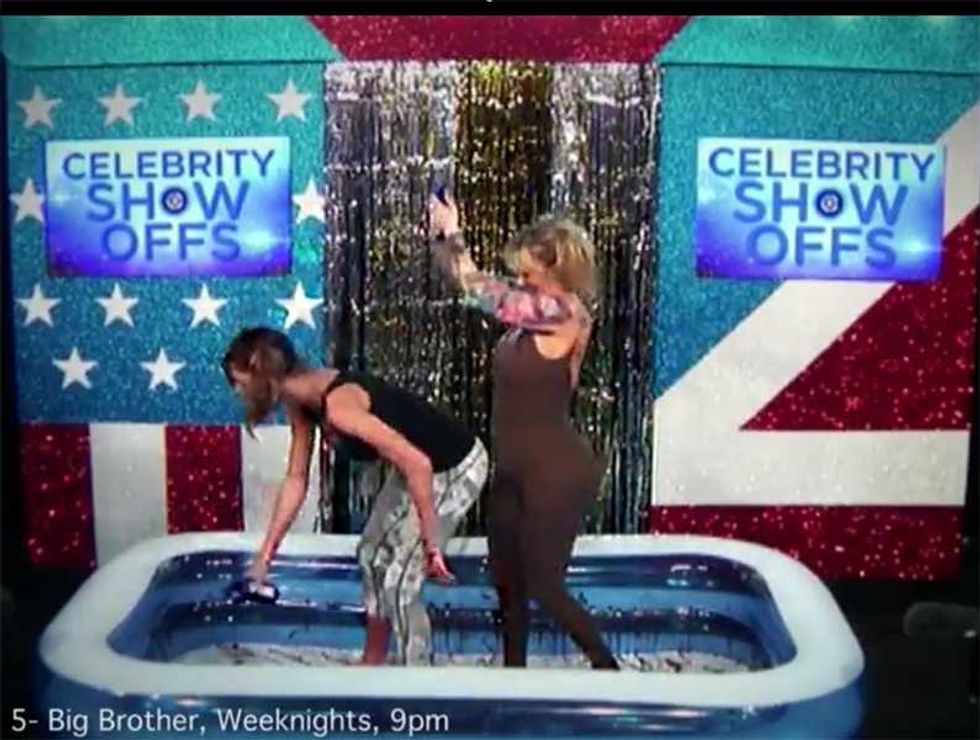 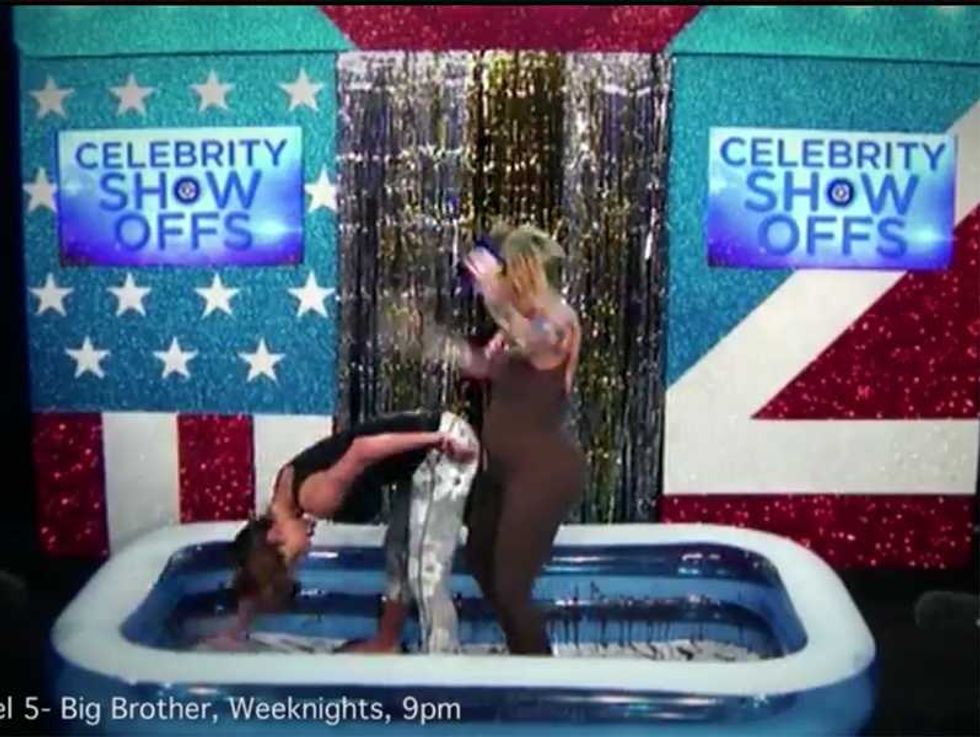 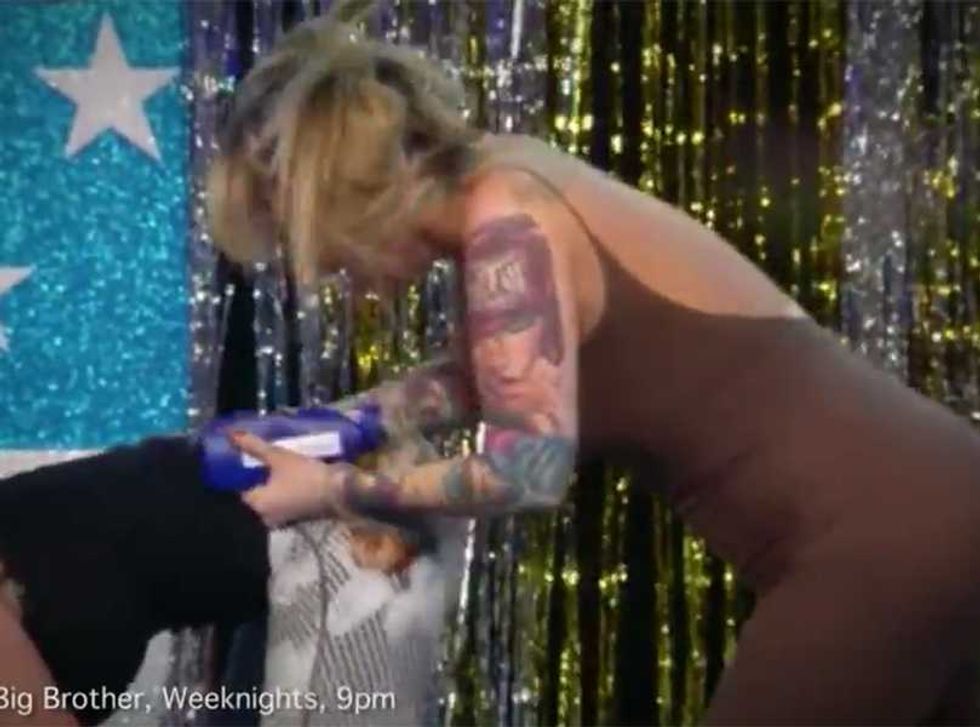 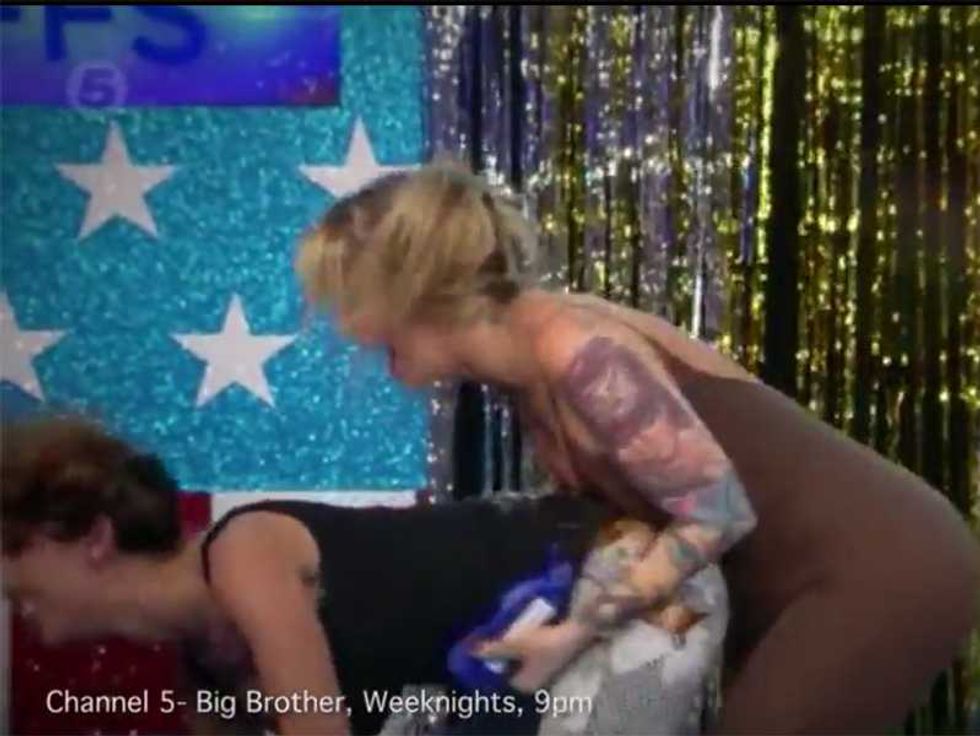 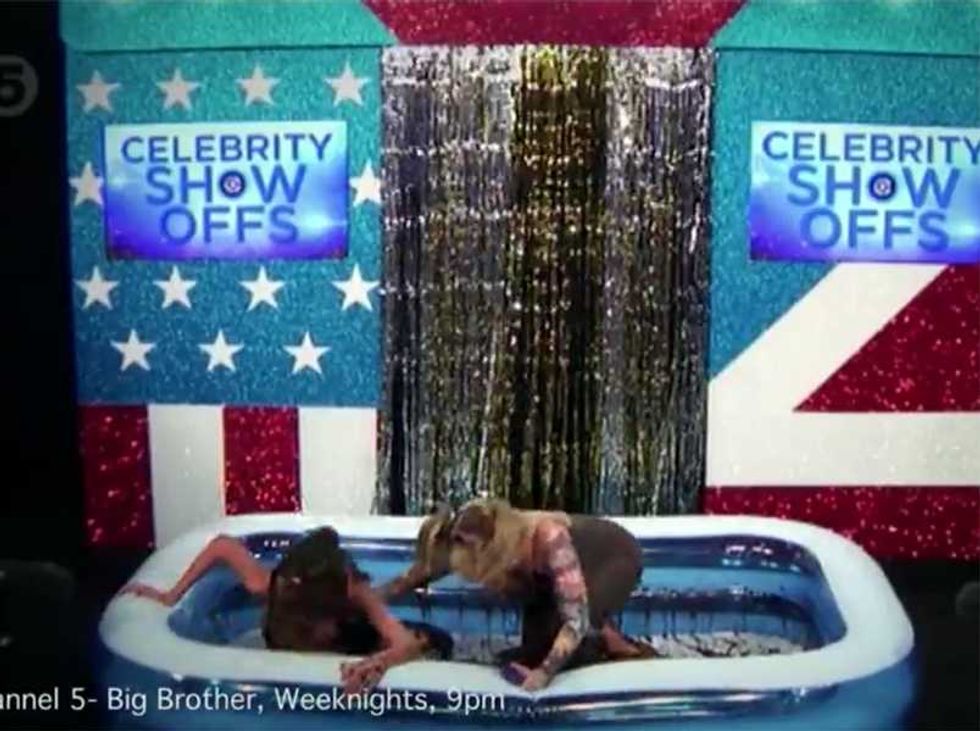 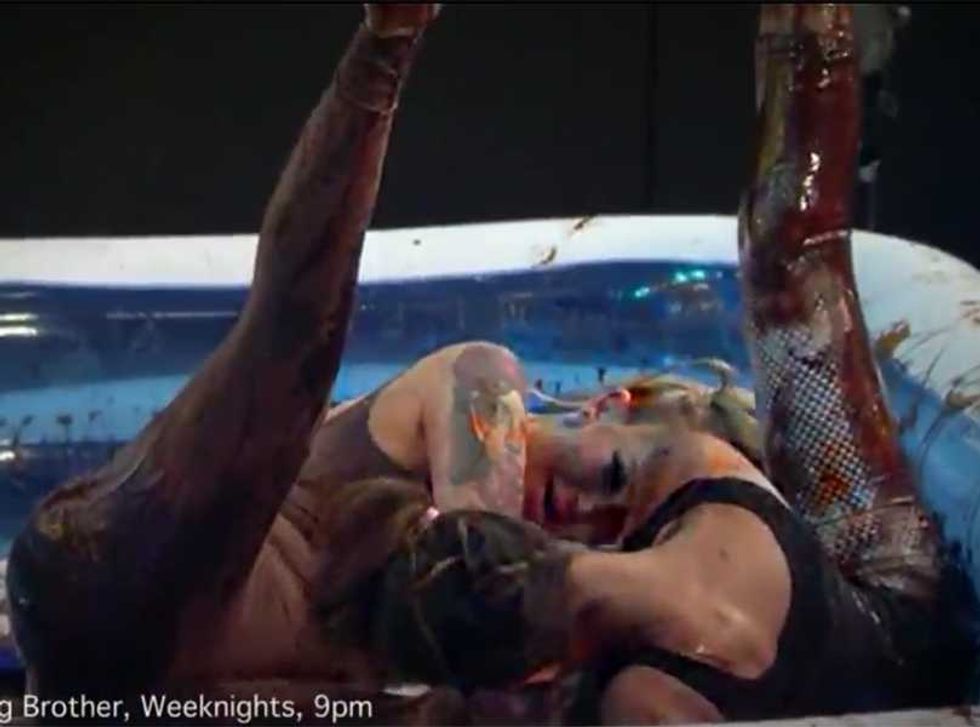 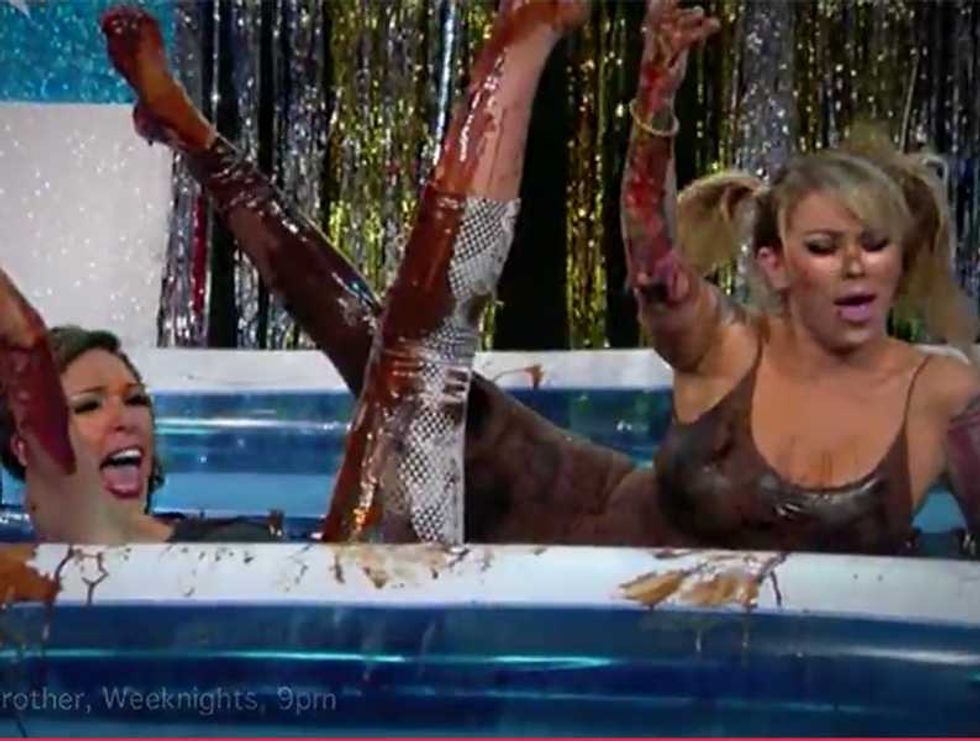 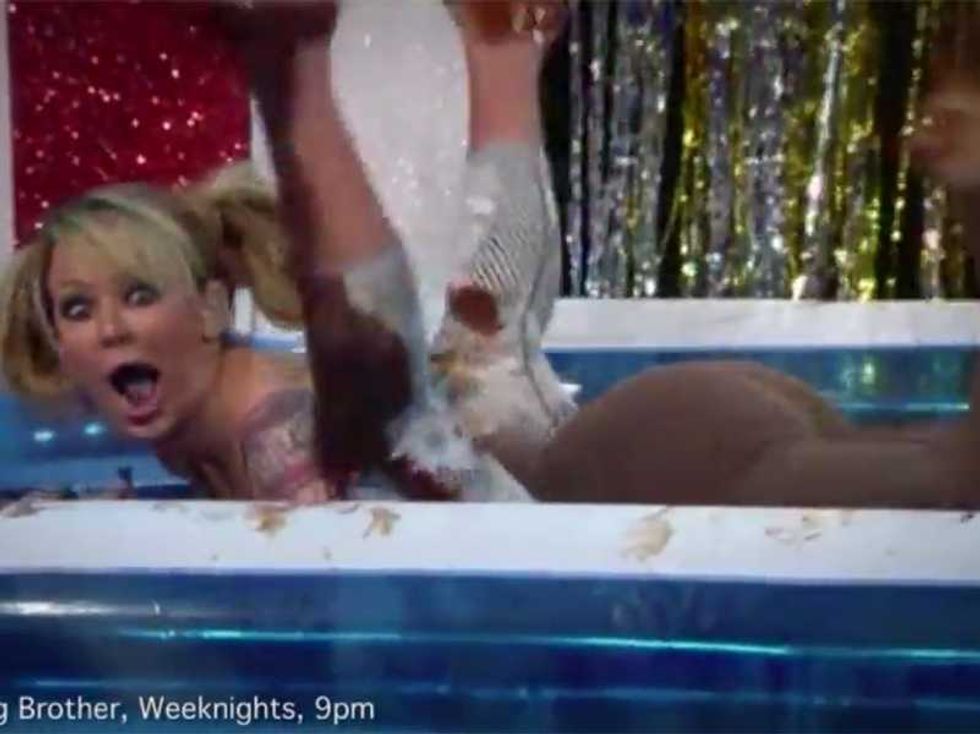 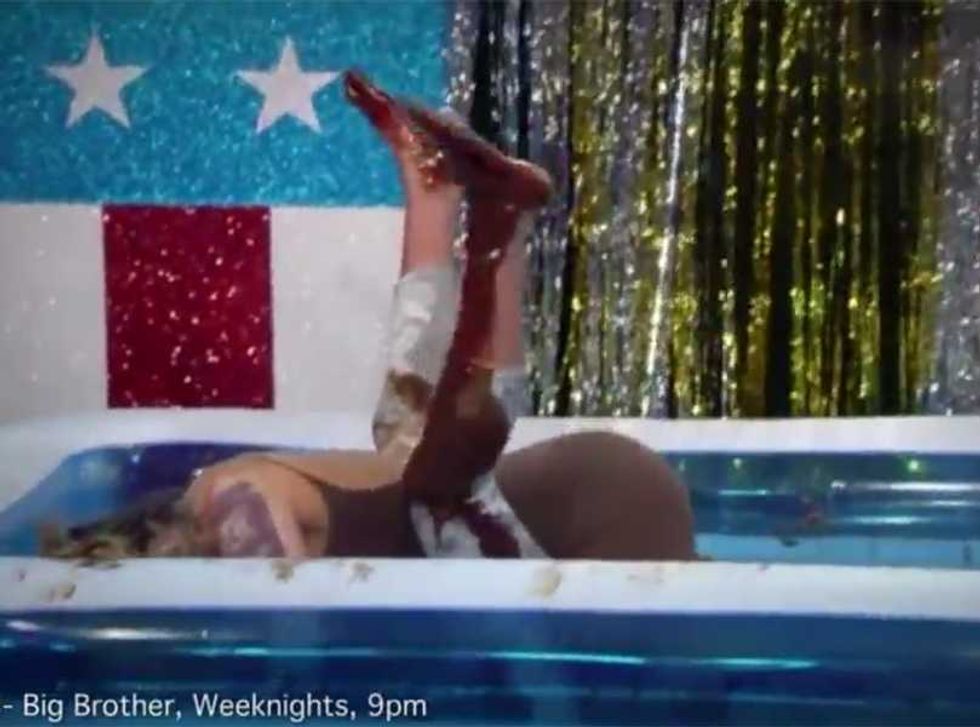 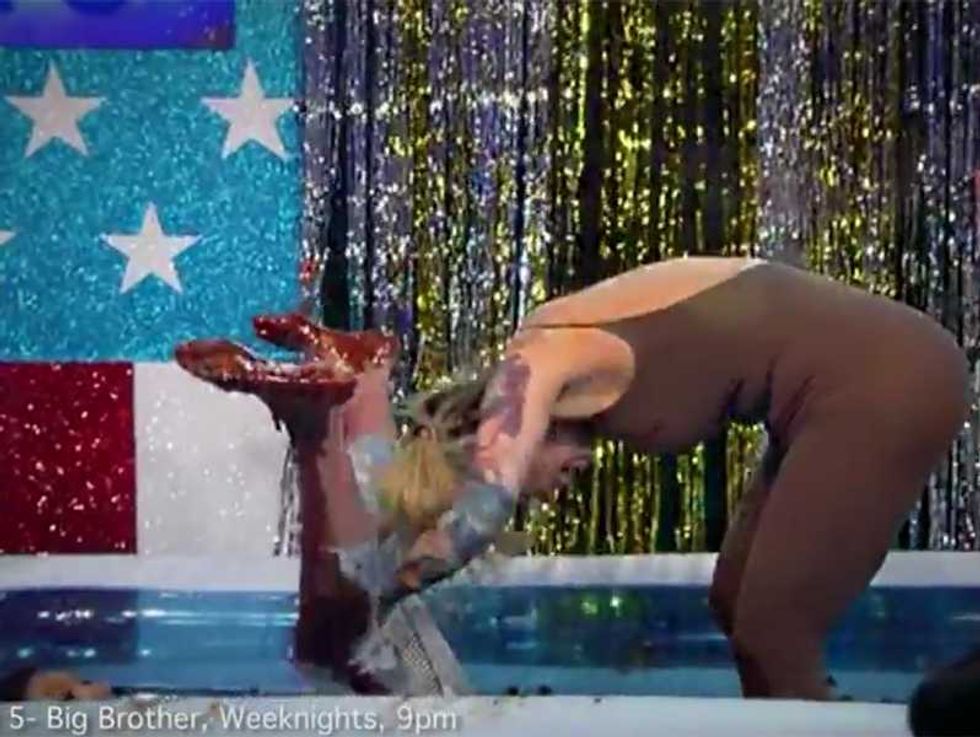 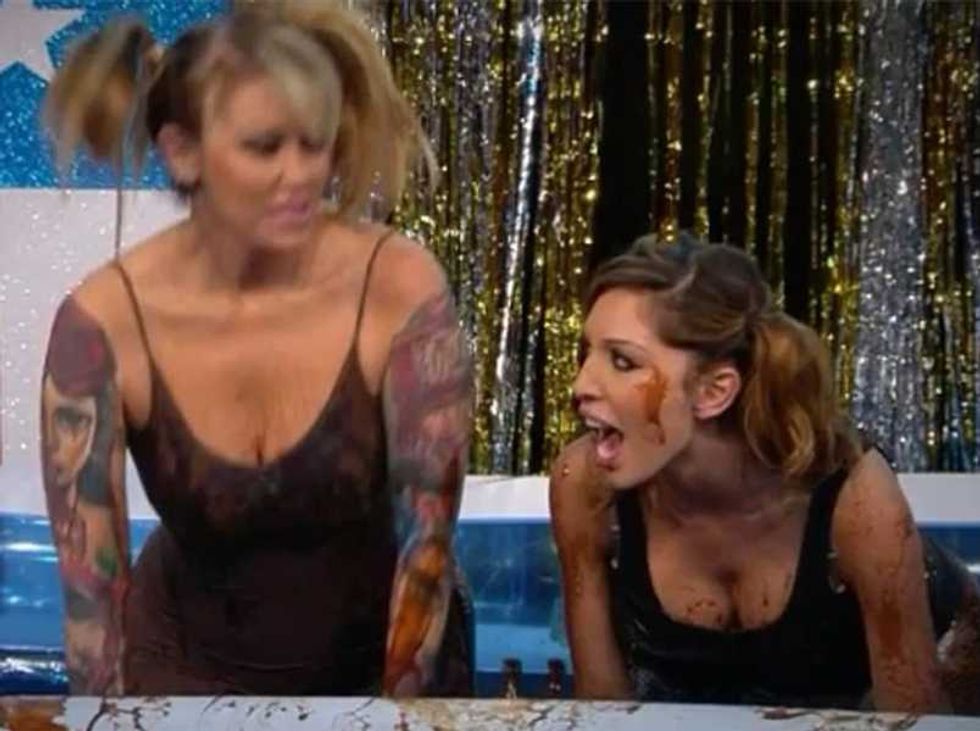 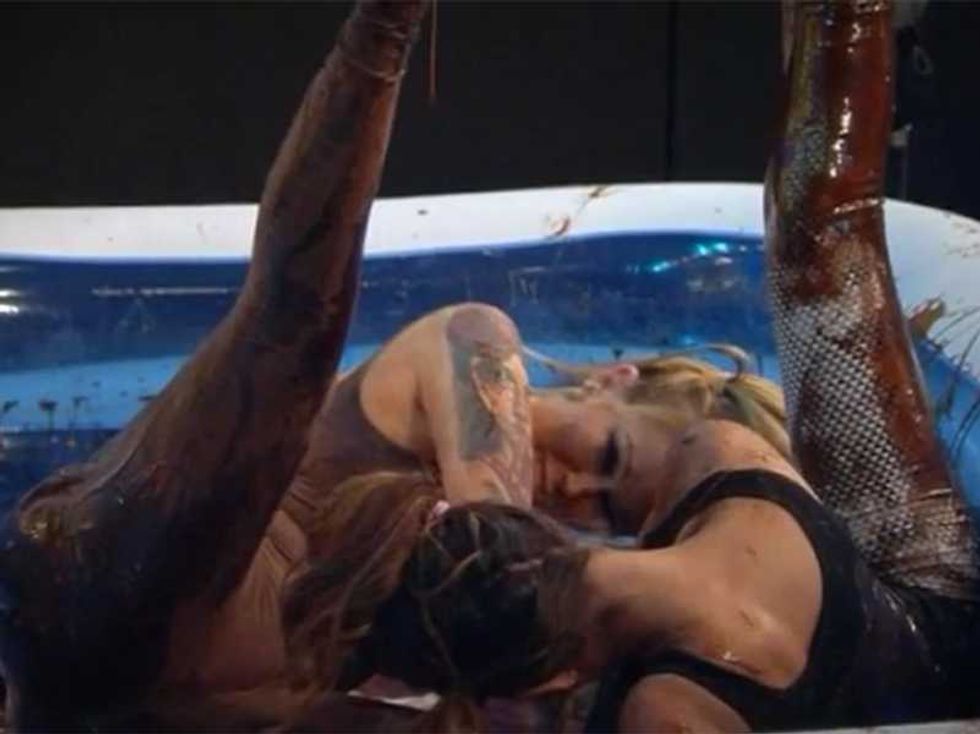 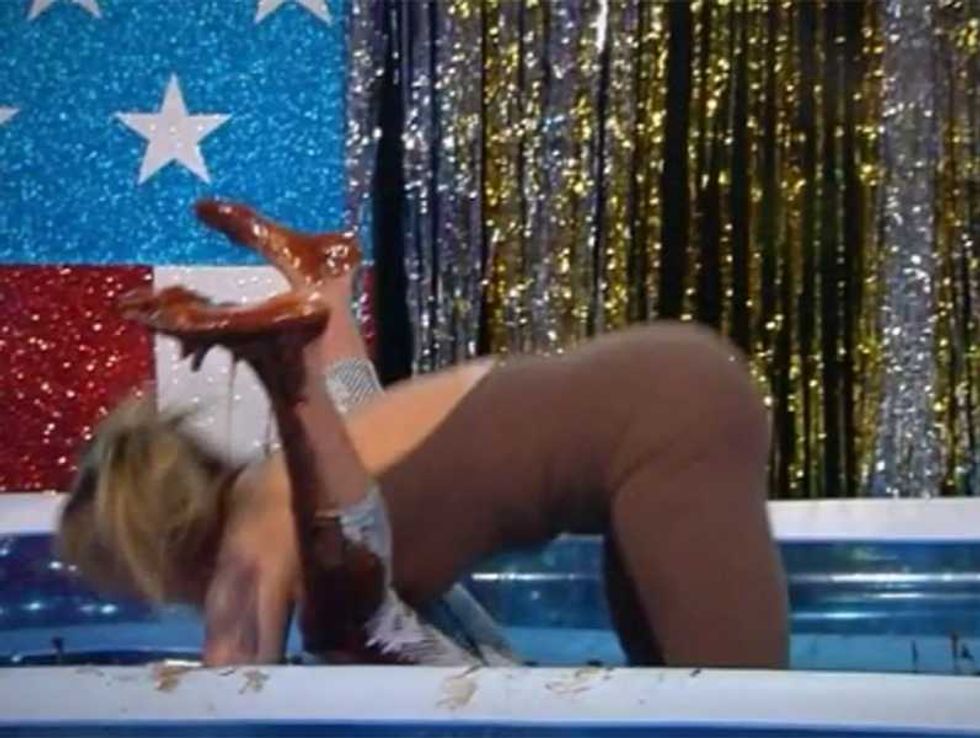 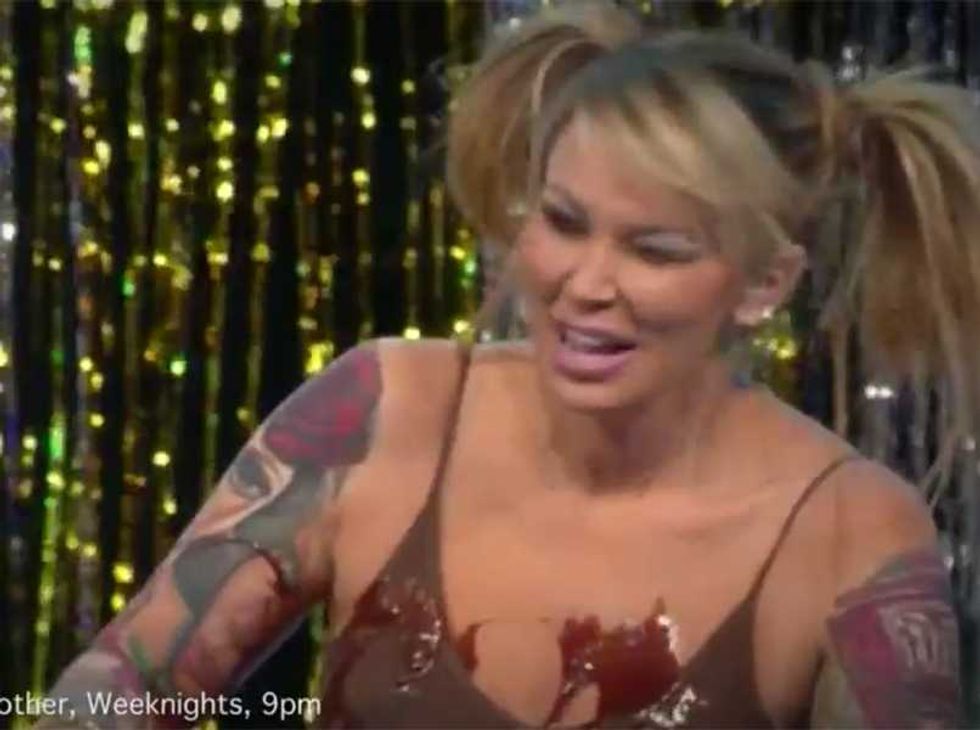 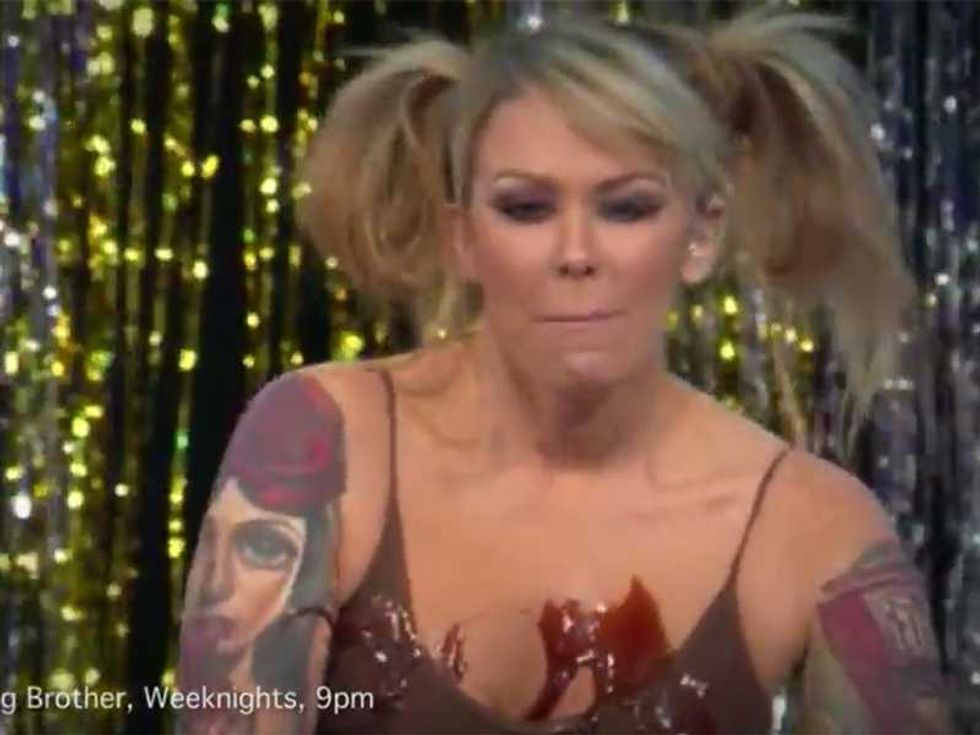 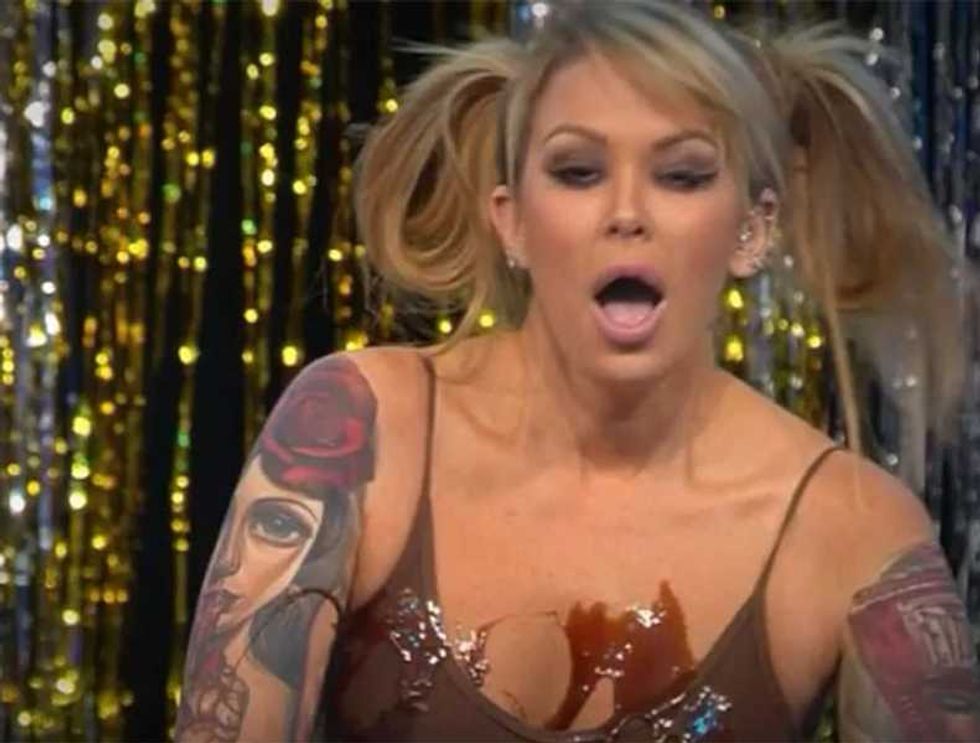 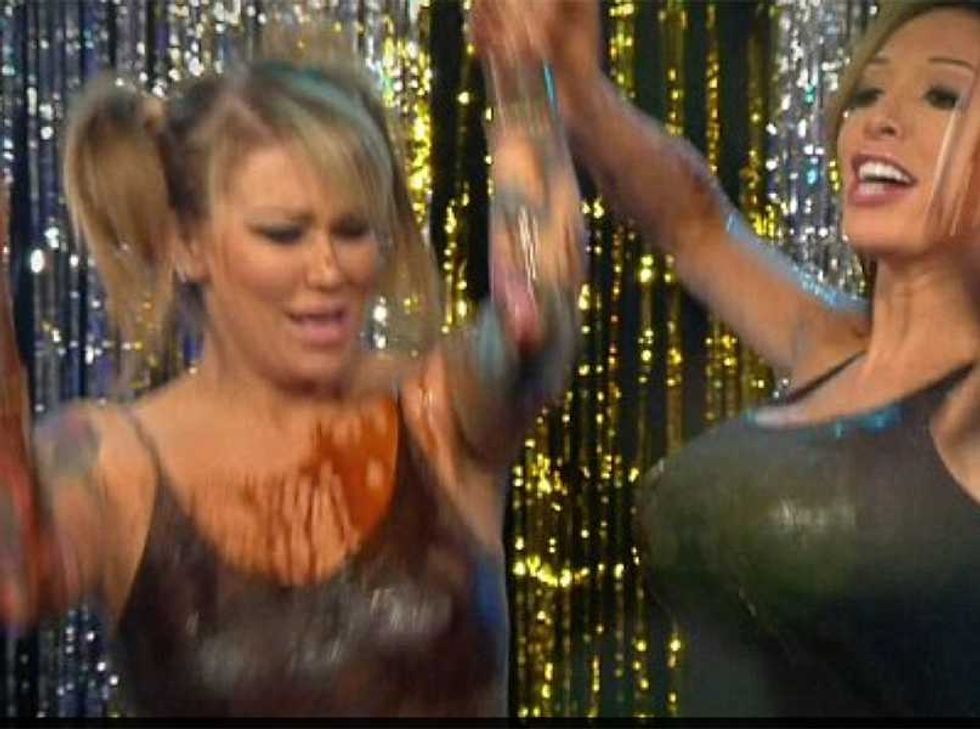 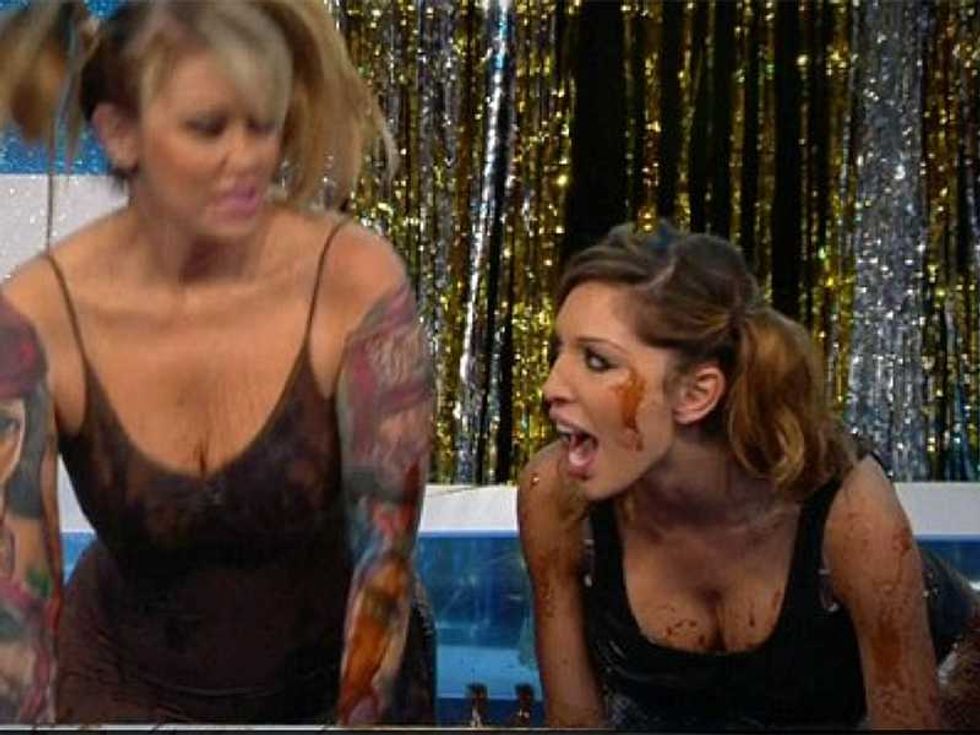 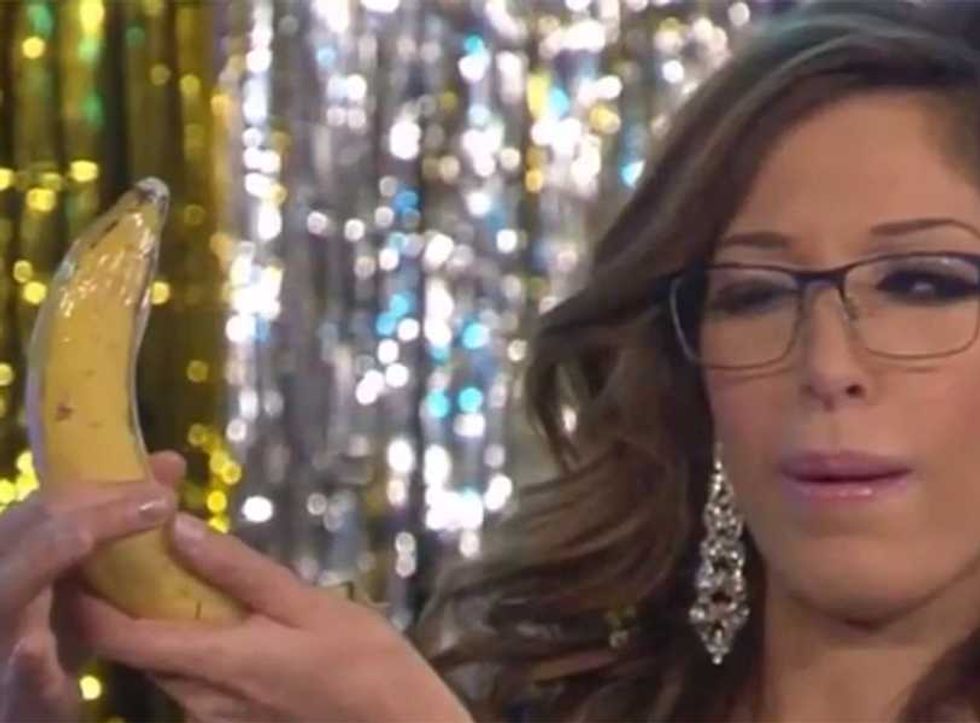 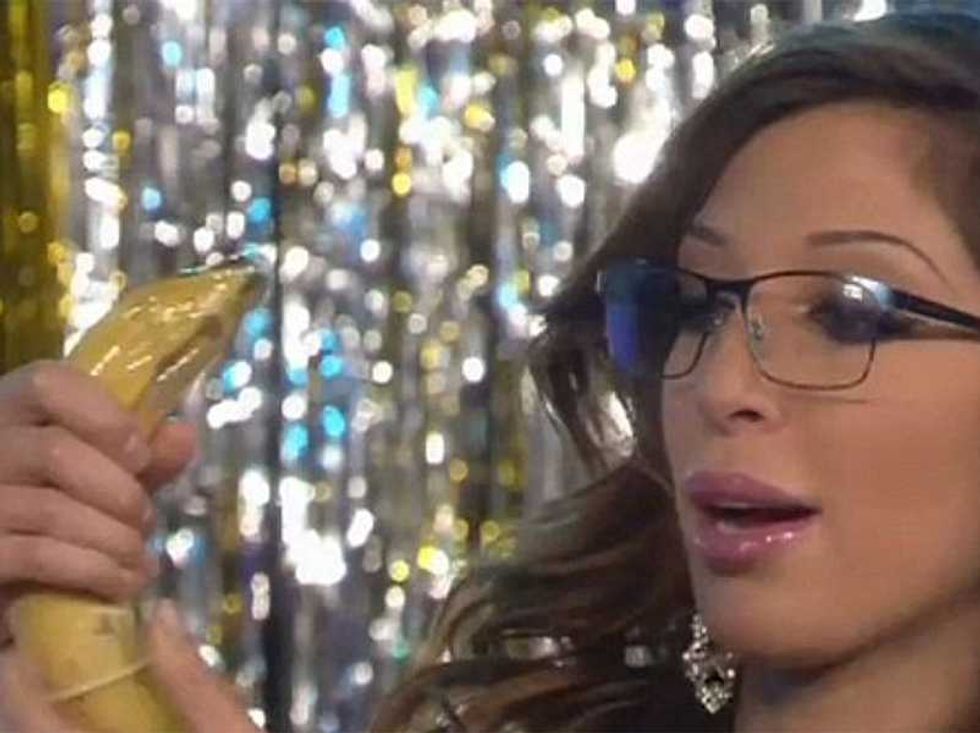 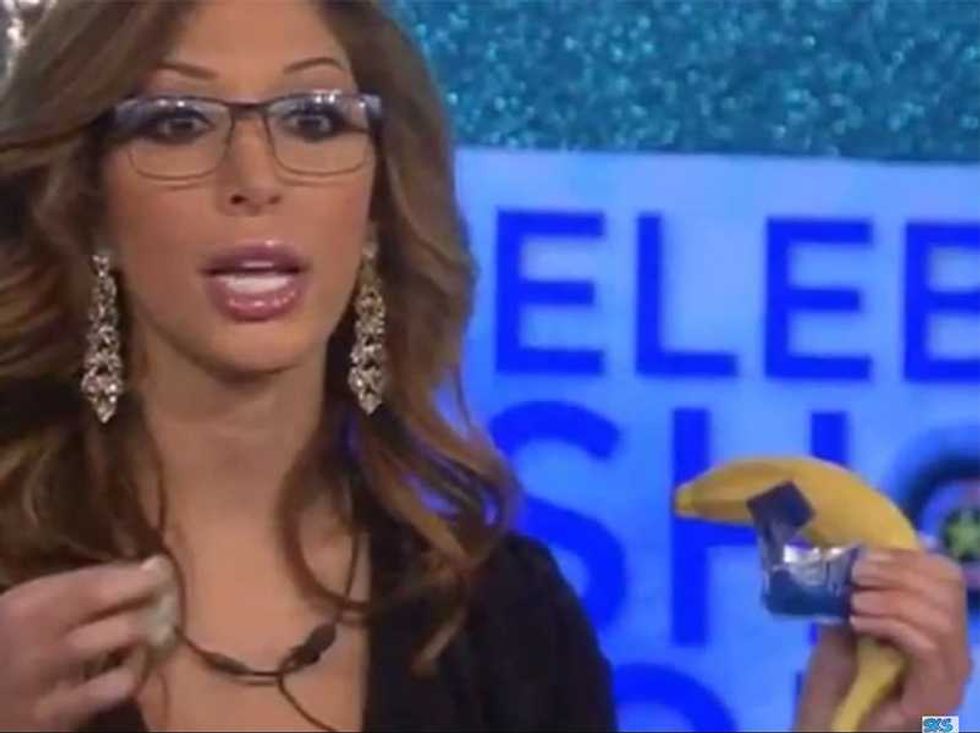 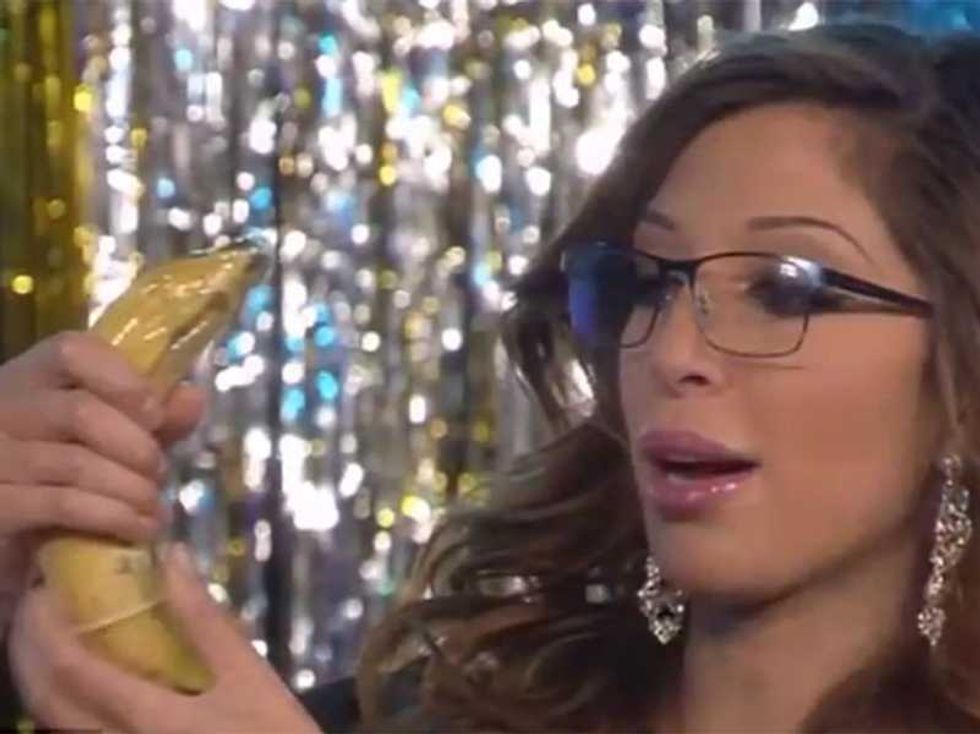