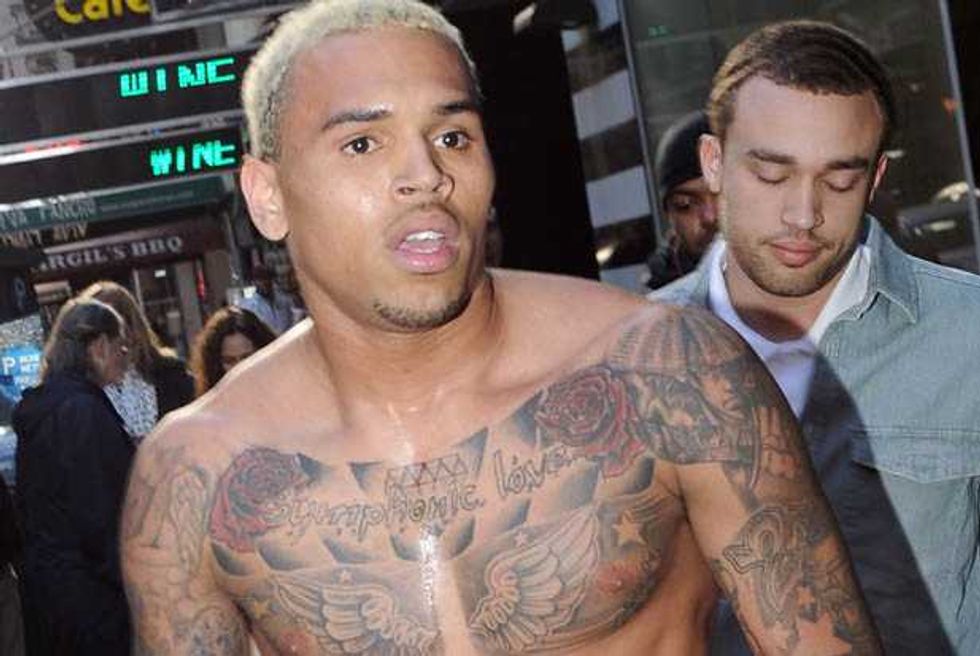 Chris Brown's album F.A.M.E. is out today, and in celebration of that fact he dropped by Good Morning America to perform a few tracks and chat about the album. But GMA host Robin Roberts wanted to talk about his domestic-violence incident with Rihanna, and things got more than a little awkward. Of course, the acronymic meaning of his new album—"Forgiving All My Enemies"—probably didn't help matters much:

According to TMZ, this exchange was followed by Chris taking off into his dressing room, where he had a freakout that resulted in a broken window. (Glass fell onto the street at the corner of 43rd and Broadway.) He then ripped off his shirt and left the building, blowing off a second performance that was supposed to be taped for the morning chat show's web site. Once he was calmed down enough he sent out a couple of messages to his fans via Twitter; his first missive—which called out the media for praising Charlie Sheen—was almost instantly deleted, but these two are still up: