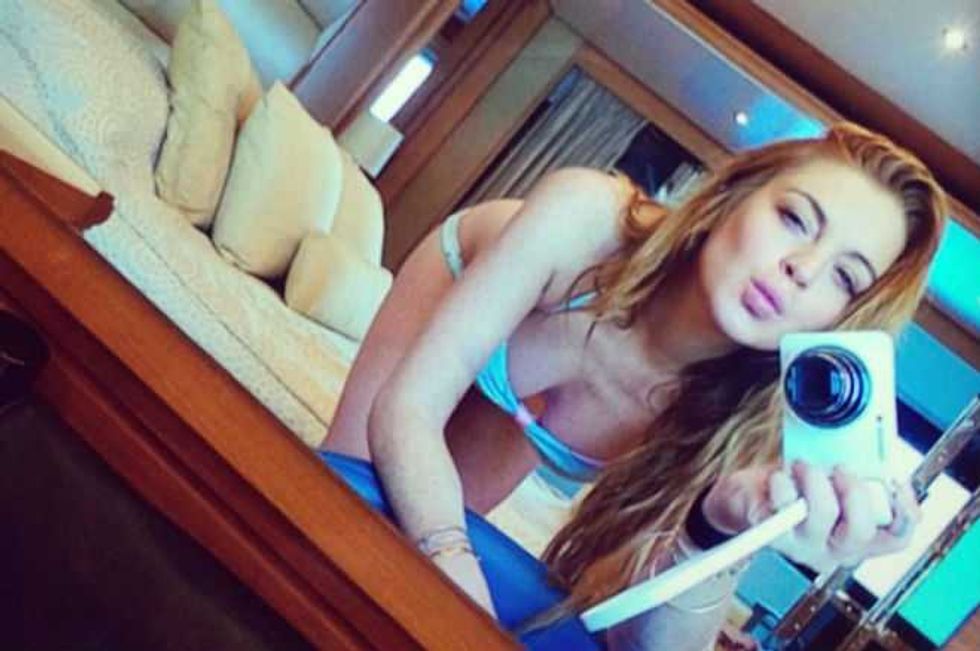 Things are certainly looking up for Lindsay Lohan.

Hot on the heels of the announcement that she will make her London stage debut in a production of David Mamet’s play Speed-The-Plow, she has walked away with a prestigious award.

Despite dismal reviews for her performances in The Canyons and the TV biopic about Elizabeth Taylor, Liz & Dick, the Ischia Film Festival in Italy has given her the Biggest Comeback Award.

The 28-year-old was given the prestigious honor in recognition of her return to acting.

Crash director Paul Haggis gave Lindsay the award on Tuesday. In her acceptance speech the actress said she looked forward to working with the Oscar-winner one day.

It’s welcome news for the Mean Girls star who has faced rumors she has allegedly been skipping rehearsals for her upcoming play.

Star magazine is reporting that “the cast is already really annoyed” and that the director has allegedly given her a warning.