Cindy Crawford—'Unretouched' Pics Were Photoshopped To Make Me Look Ugly! 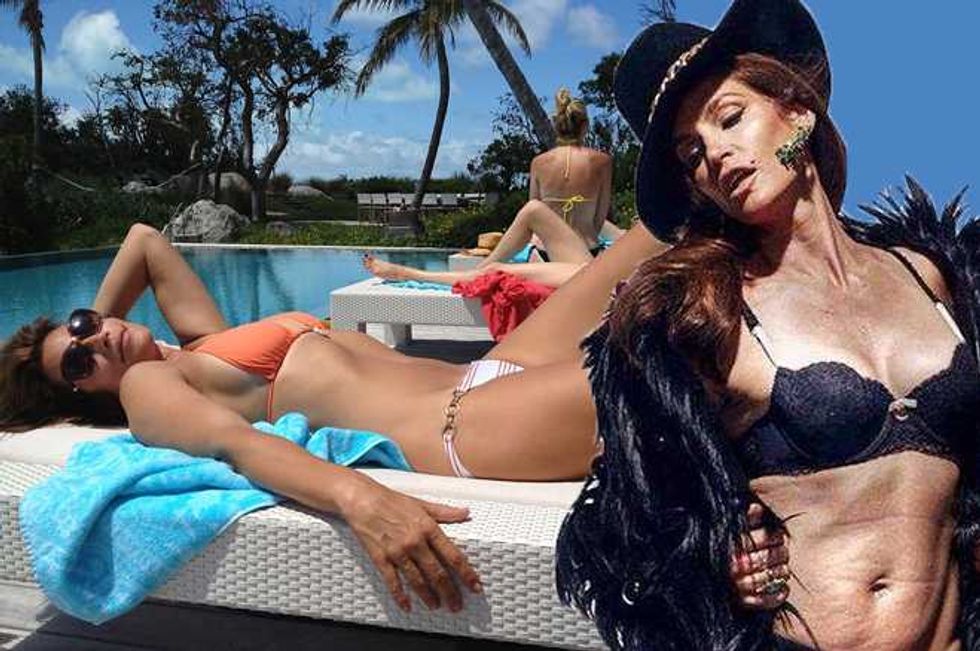 As Popdust previously reported, the photos were alleged outtakes from a magazine shoot and show the model looking decidedly less than perfect.

But now Cindy is fighting back, with her photographer threatening lawsuits because the original picture was stolen and Photoshopped to make her midsection look bad, reports TMZ.

The photographer also claims the image was intended for Marie Claire Mexico, and the whole thing is a giant scam to malign Cindy's career as a model.

Cindy's husband Rande Gerber made the point his own way by posting this picture of his wife on Instagram - nuff said!

She got flowers and I got her. Happy Valentines Day @cindycrawford