Circle of Life Dept.: Gotye Made Himself a Gotye Supercut 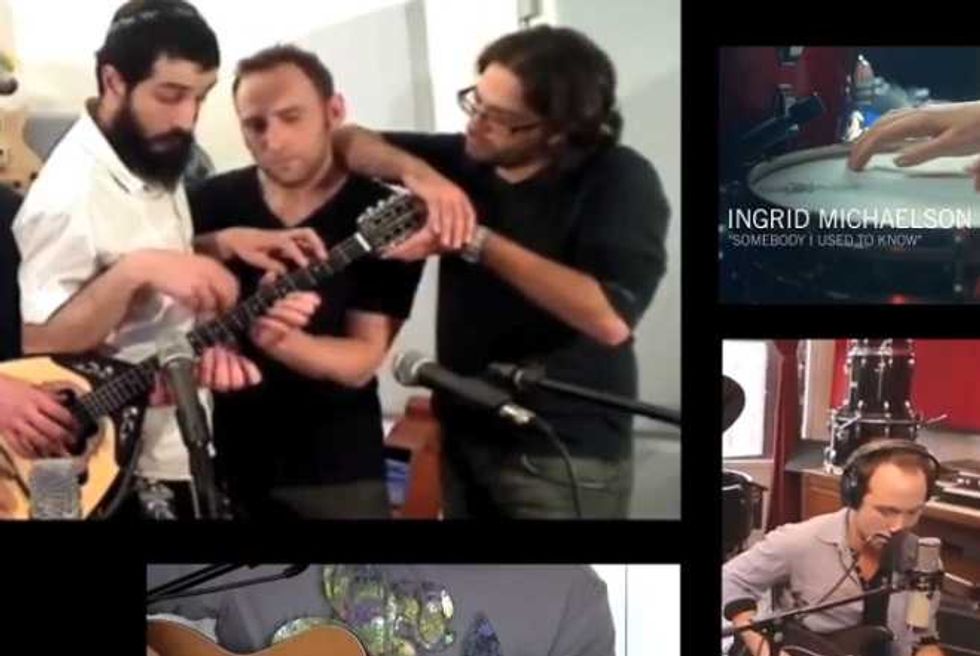 Gotye has now made the "Somebody That I Used to Know" cover to end all covers, as promised. OK, sure, the end to all "Somebody" covers will probably occur at roughly the same time as the end of the world, but you can't say he didn't try:

Reluctant as I am to add to the mountain of interpretations of Somebody That I Used To Know seemingly taking over their own area of the internet, I couldn't resist the massive remixability that such a large, varied yet connected bundle of source material offered.

The thing we like about Gotye's mashup is that it's comprehensive. The concept's a little like "musicians! we must appease the Internet!", yes, but at least Gotye's took actual effort. It is not enough merely to string together a lot of covers in Final Cut Pro. What makes supercuts cool, if you think they're cool, is the illusion that everyone's playing together in one big YouTube jam session. Gotye got that. And that is why this is the cover to end all further covers. This is a cover that extensively documents the exact locations of every perfectly timed plink, somebodeeeee, sad samba and bouzouki shredding-up. (All terminology Gotye's.) We should also note how "Somebody Who Is Not A Bro" and "Somebody Who Used To Be My Bro" are right next to one another. Cool juxtaposition, bro.

That said, Gotye's not perfect. There was one grievous oversight:

How did I forget to include Tay Zonday in Somebodies? Like slapping the internet in the faceyoutube.com/watch?v=54V3AL…