Co-Stars That Hated Each Other: What You Mean It Was All Fake?! 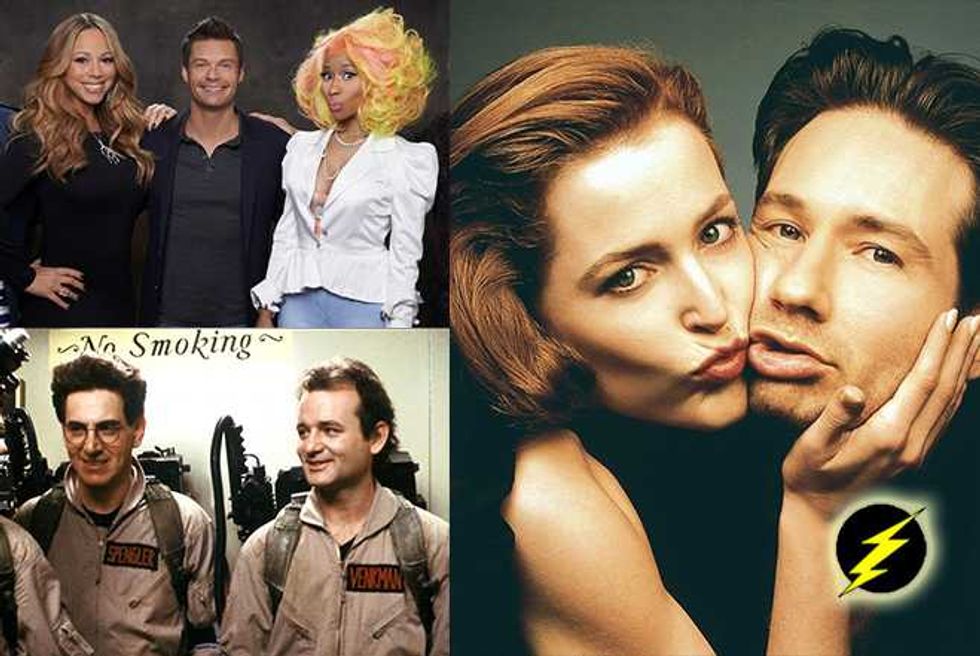 We’re all human, and celebrities are no different, despite how perfect their life seems.

Yes, they have fame and fortune, but they are susceptible to annoying fuckers like the rest of us. They sometimes find themselves stuck with a co-star in a film or series that they just cannot stand, because of their difference in personalities.

Sometimes it's slightly more than a personality clash though.  Chad Michael Murray and Sophia Bush got married after they met on the set of One Tree Hill.  Ahhh, how sweet I hear you say.  Not so sweet when he then (allegedly) cheated on his wife with his House Of Wax co-star, Paris Hilton and the happy couple broke up.  Murray and Bush then continued working together for another FIVE years after the break up.  That sounds like lots of fun.

We Name And Shame The Celebrity Bad Tippers Right Here!

Can you detect it when the real life chemistry is somewhat lacking? Who am I talking about? Well, take a look below to see the co-stars that hated each other! 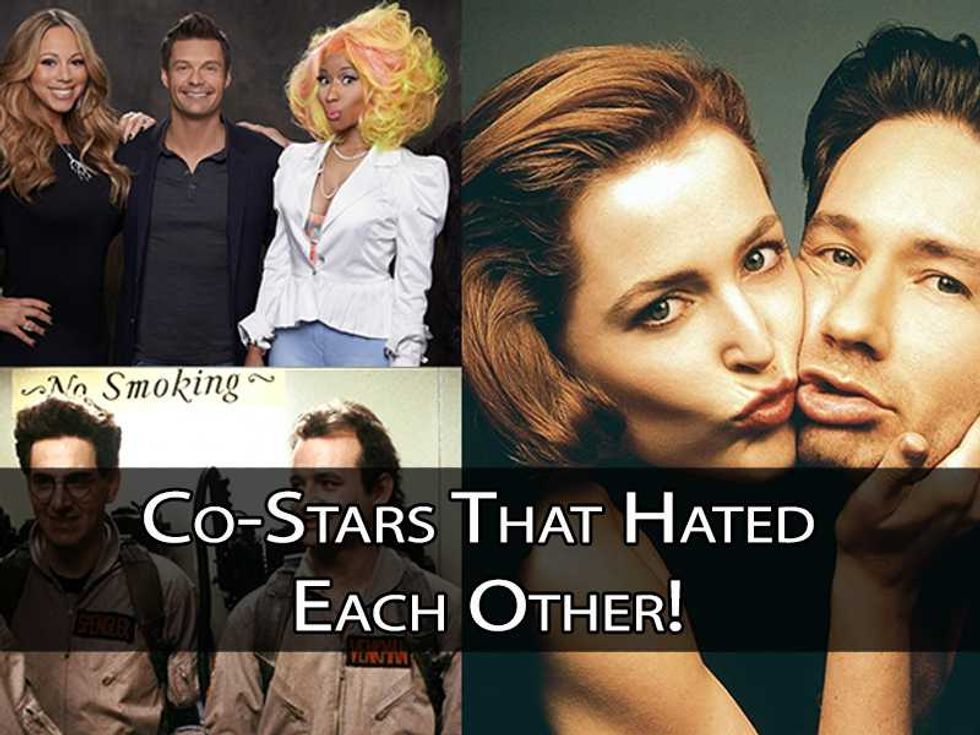 Previous Next
Co-Stars That Hated Each Other 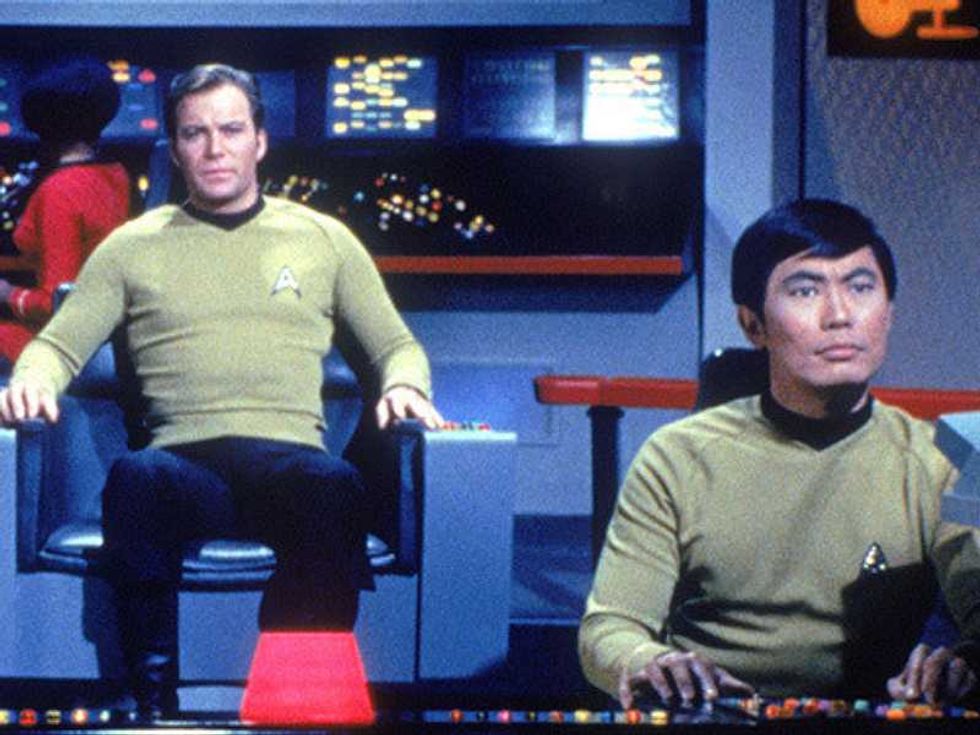 Previous Next
William Shatner and George Takei; Even George doesn’t know where the animosity comes from. He thinks it’s all an act those as he’s quoted as saying “It’s all coming from Bill. Whenever he needs a little publicity for a project, he pumps up the so-called controversy between us.” 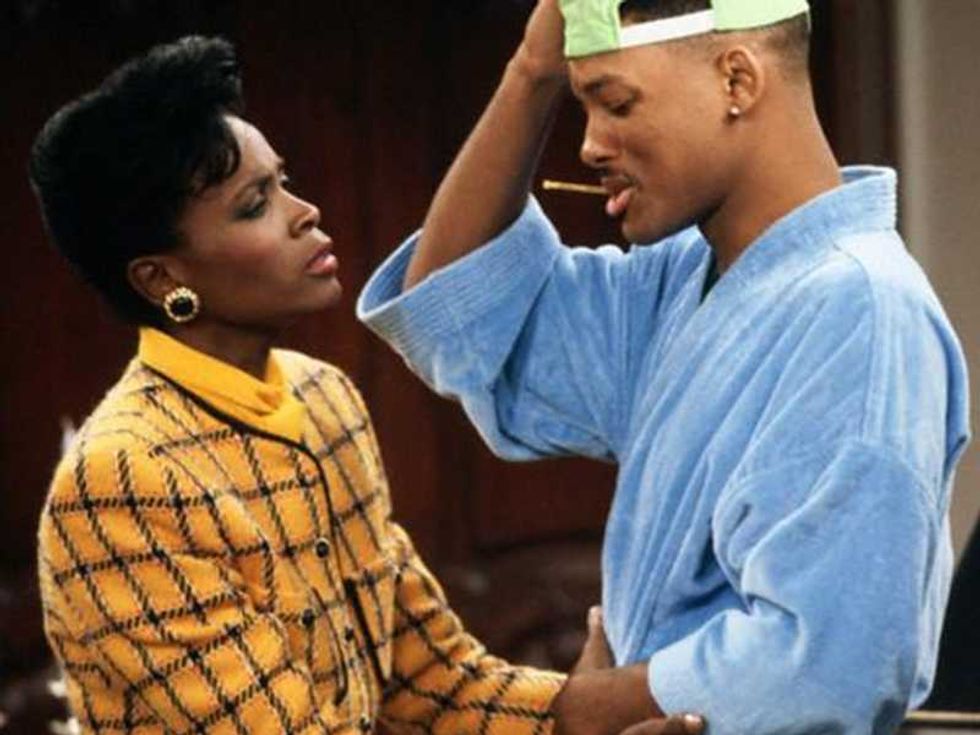 Previous Next
Will Smith and Janet Hubert; A clue that they didn’t get along well together is the fact that Janet was fired and replaced between seasons as her character Aunt Vivian. She said he was an "ego-maniac". 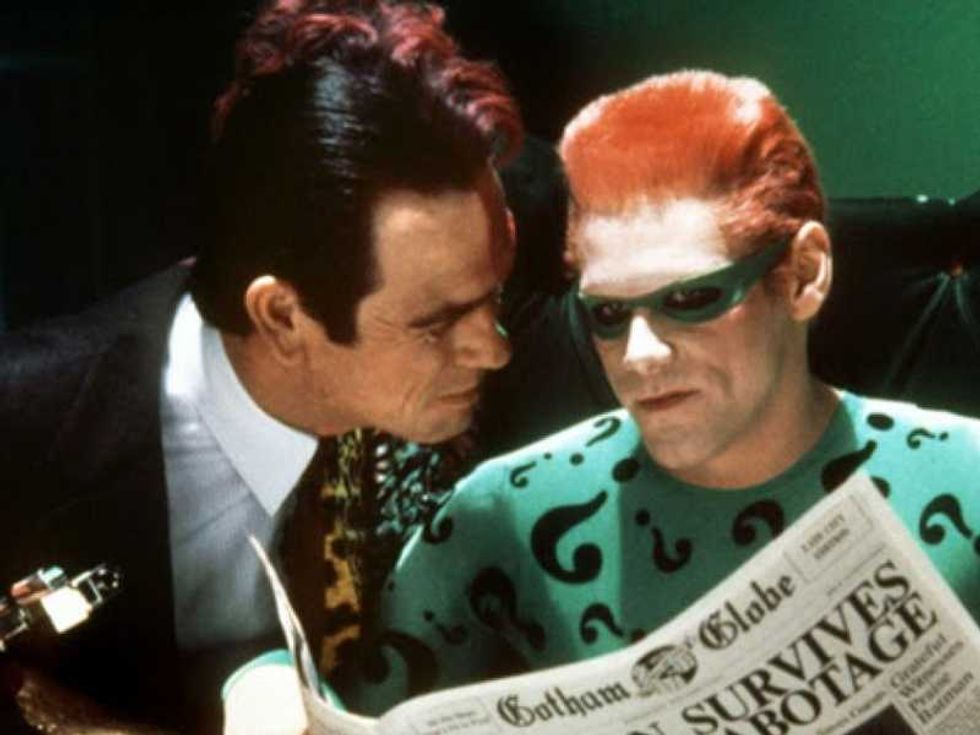 Previous Next
Tommy Lee Jones and Jim Carrey; These two played villainous partners in Batman Forever, but Tommy Lee really didn’t like Carrey all that much. He didn’t even sit with him during lunch! 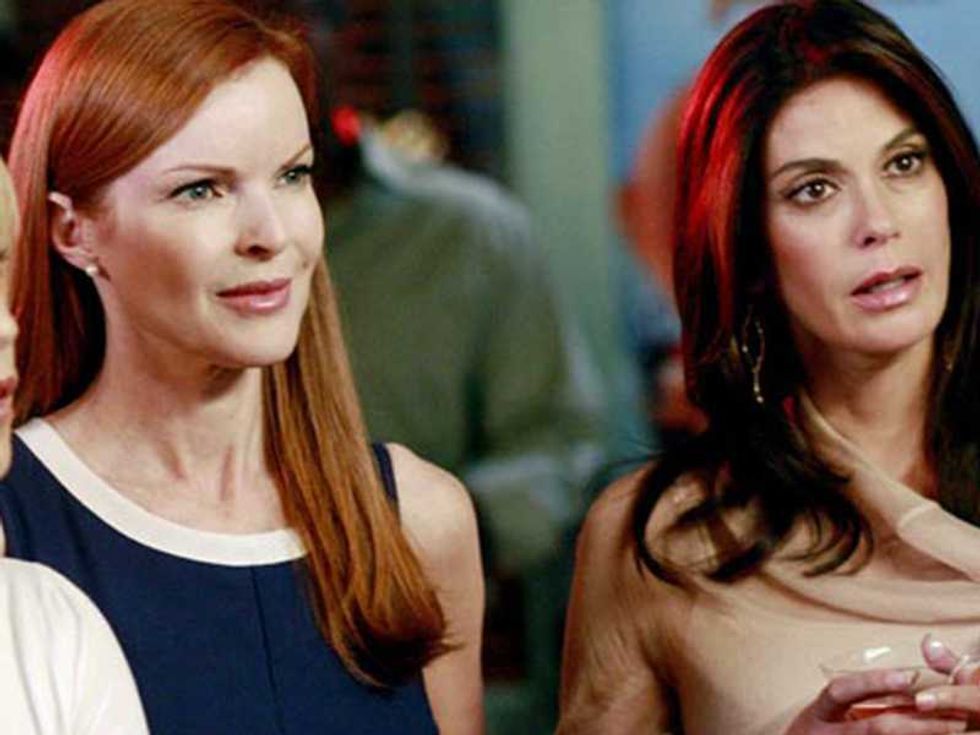 Previous Next
Teri Hatcherand Marcia Cross; Best friends on Desperate Housewives, but bitter enemies in real life. Funny how these things work out. 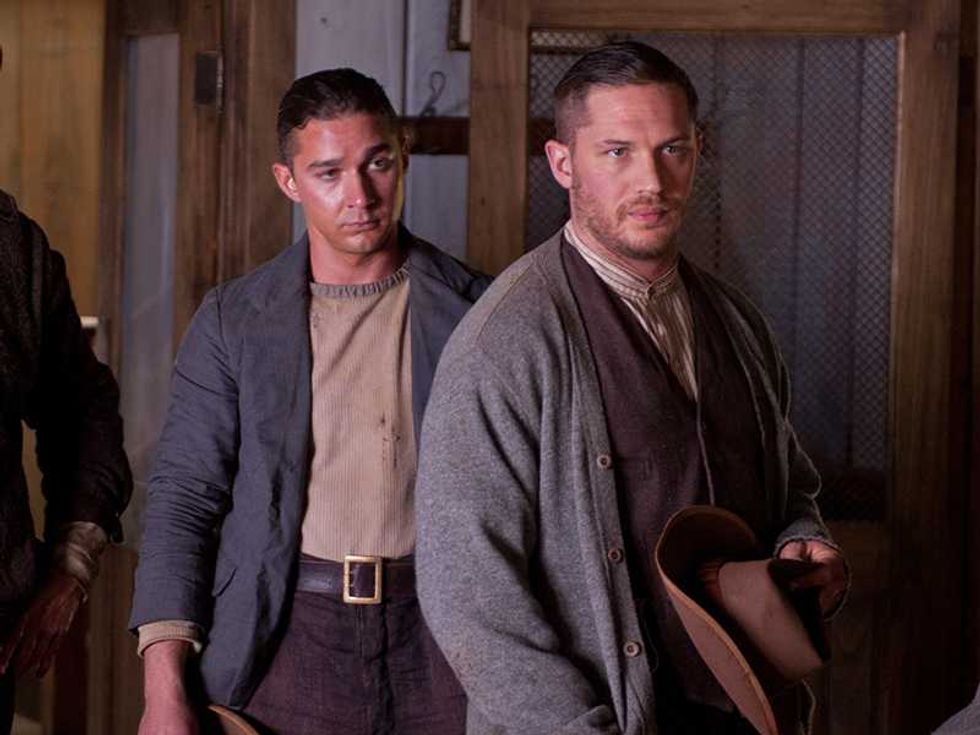 Previous Next
Shia LaBeouf and Tom Hardy; Shia usually gets on the wrong side of people, and he certainly did with Tom on the set of Lawless. Things got so bad they ended up punching each other. 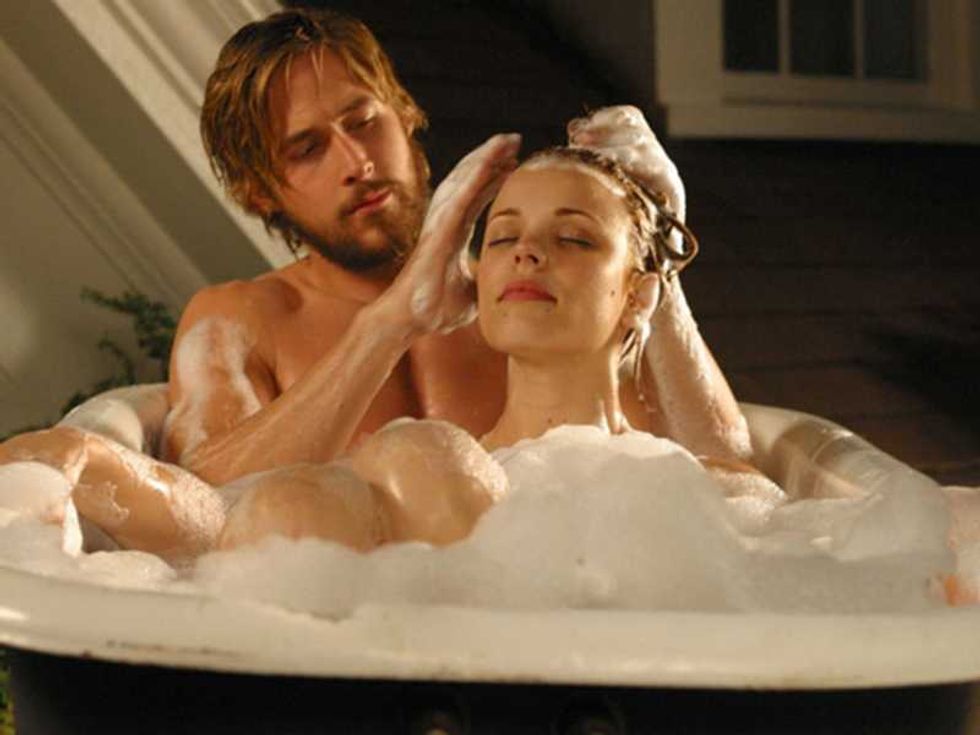 Previous Next
Ryan Gosling and Rachel McAdams; Supposedly these two just didn’t get along very well on set of The Notebook, so says director Nick Cassavetes. They obviously got over it though as they went on to have a real life relationship, 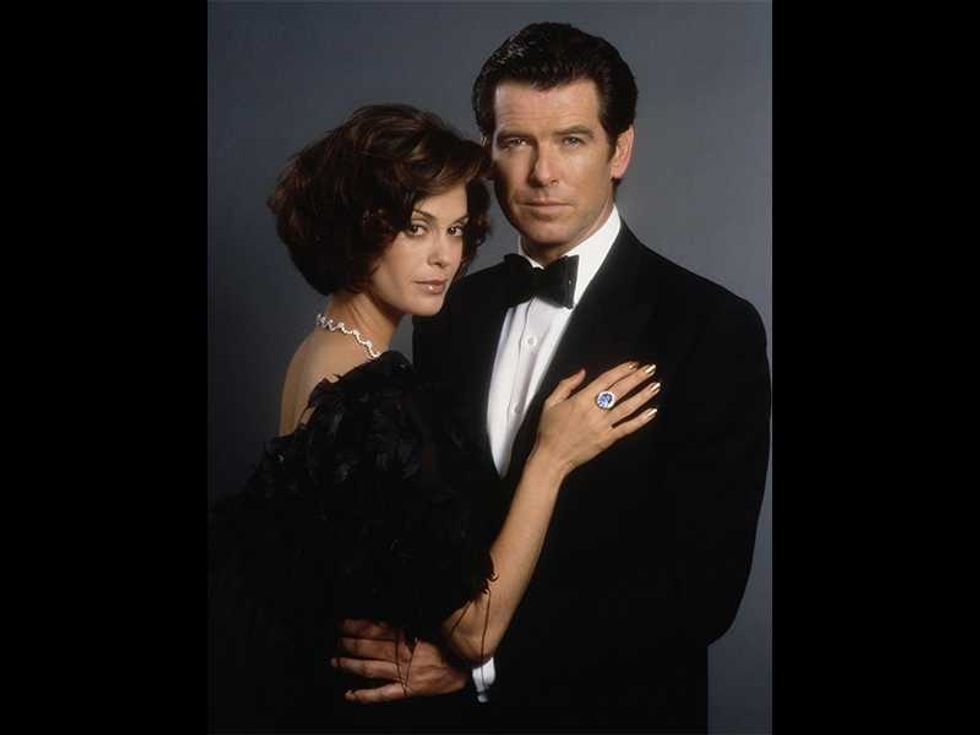 Previous Next
Pierce Brosnan and Teri Hatcher; During filming for Tomorrow Never Dies, Teri would frequently be late on set so Pierce went off on her about it. When he later learned it was because was because of morning sickness from her pregnancy, well, it was a bit embarrassing for him wasn’t it. Is that egg on your face, Mr.Bond? 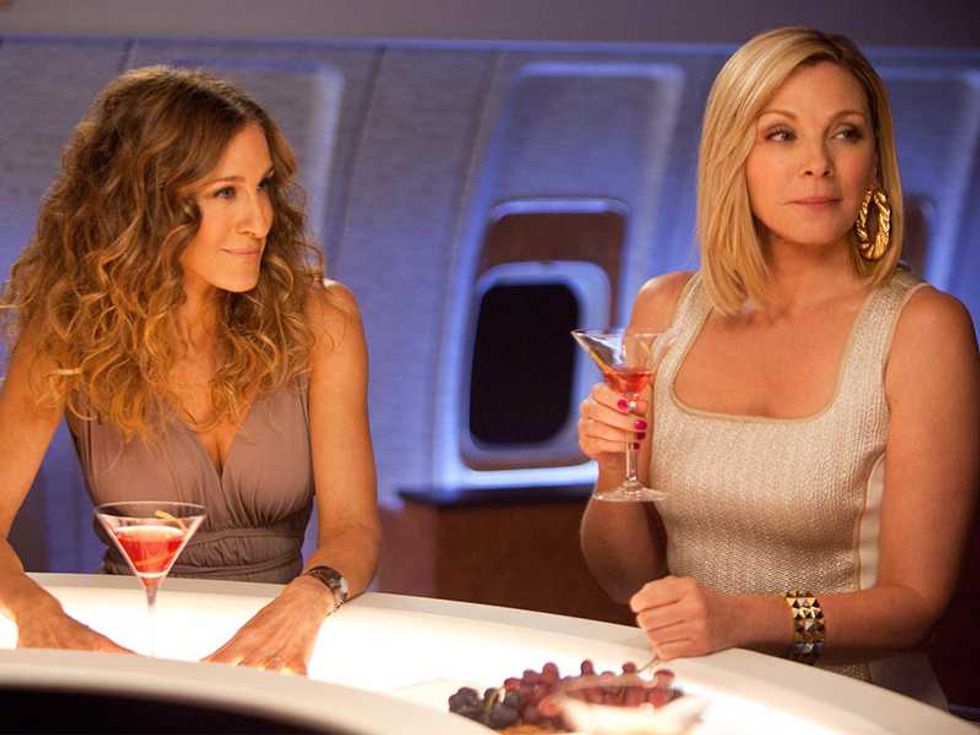 Previous Next
Sarah Jessica Parker and Kim Cattrall; When Kim found out Sarah was getting paid more than her, she wasn’t too happy. It got to her so bad they ended up falling out. 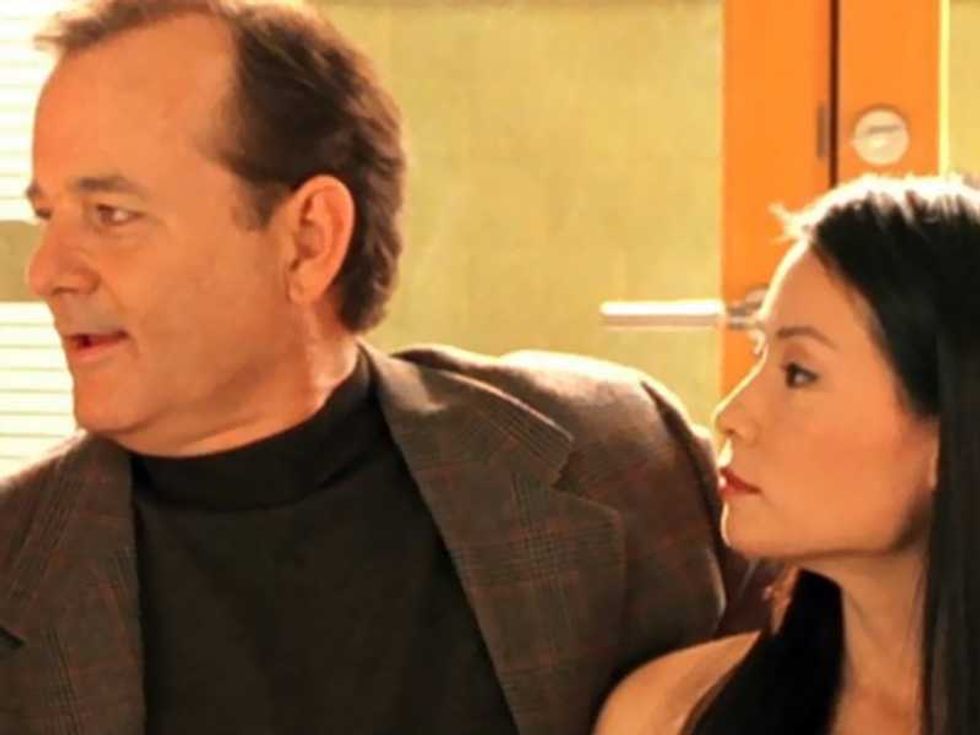 Previous Next
Bill Murray and Lucy Liu; Remember Charlie’s Angels? Yeah, Bill wasn’t in it. That’s because he was replaced with Bernie Mac. Before that happened though, Bill liked to provoke Lucy Liu on set by saying she couldn't act. 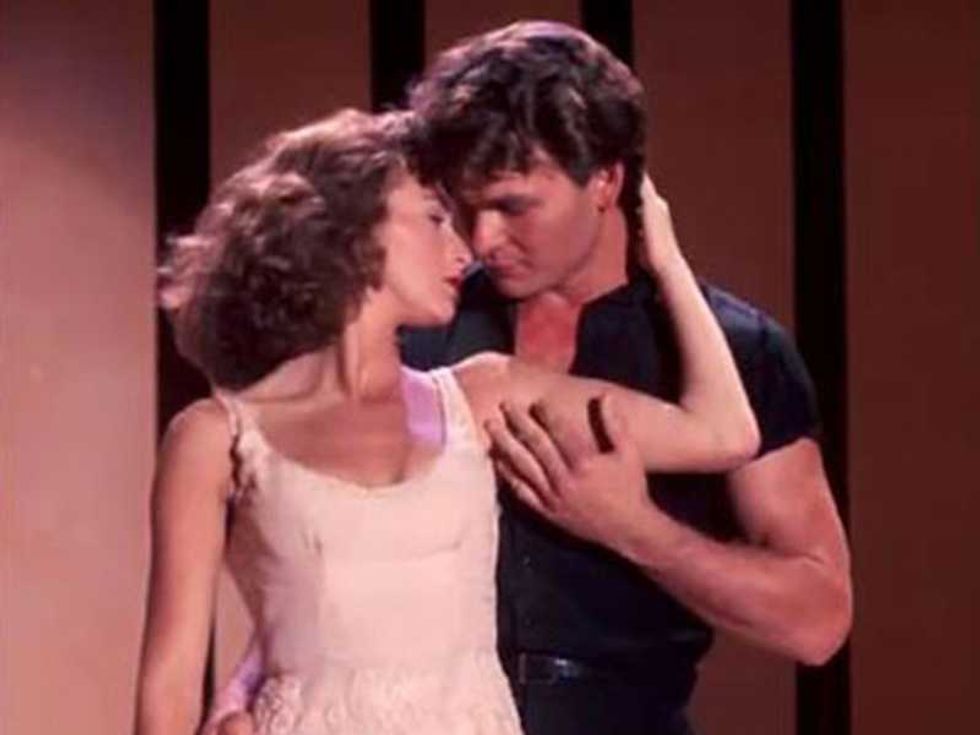 Previous Next
Patrick Swayze and Jennifer Grey; No, not them too! Their steamy relationship on Dirty Dancing was all a farce! Patrick accused her of “silly moods” and drama. What a shame, I thought they really were into each other. 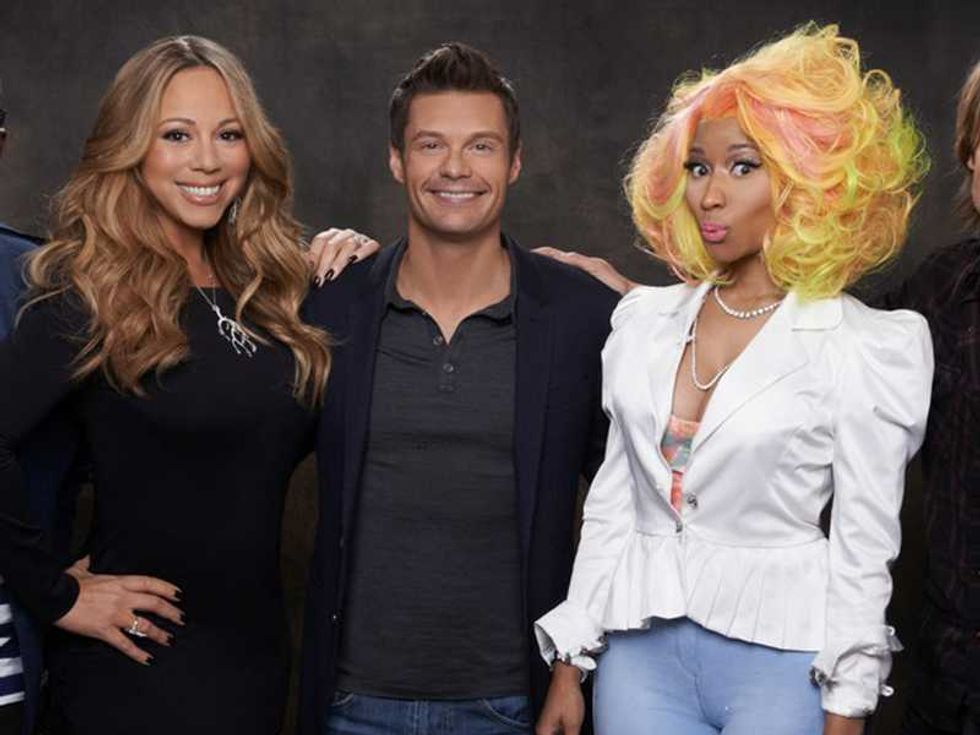 Previous Next
Nicki Minaj and Mariah Carey; This beef was pretty much directly in the front of the public eye, as both Nicki and Mariah couldn’t stop being catty with each other while judging on American Idol. 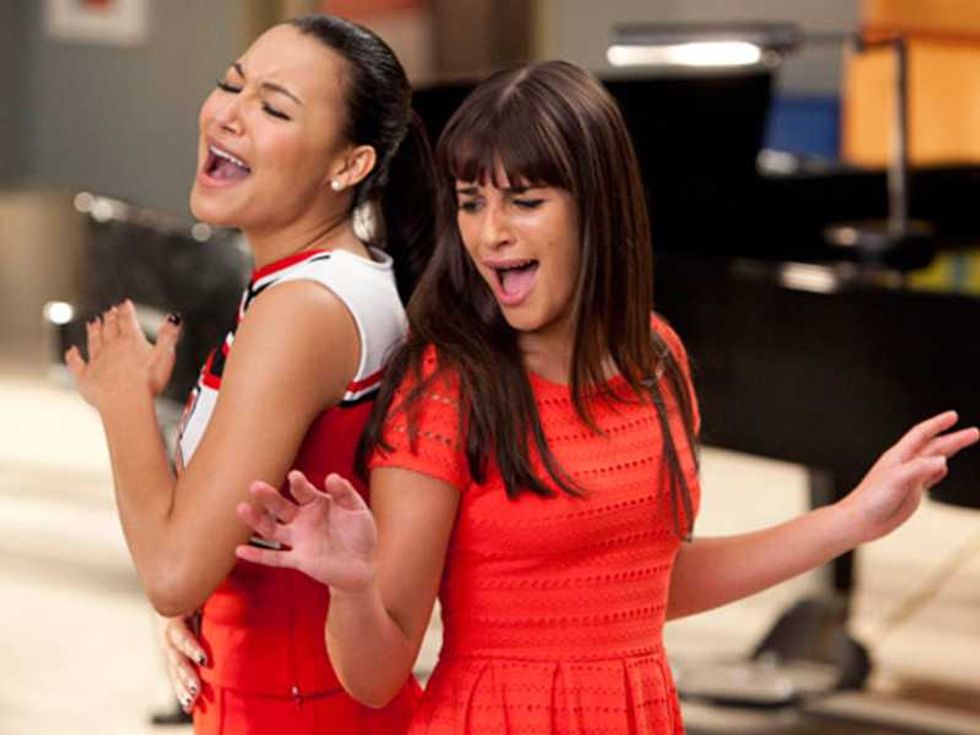 Previous Next
Lea Michele and Naya Rivera; So much was the distain between these Glee co-stars that apparently Michele managed to get Rivera out of the show before the sixth season. 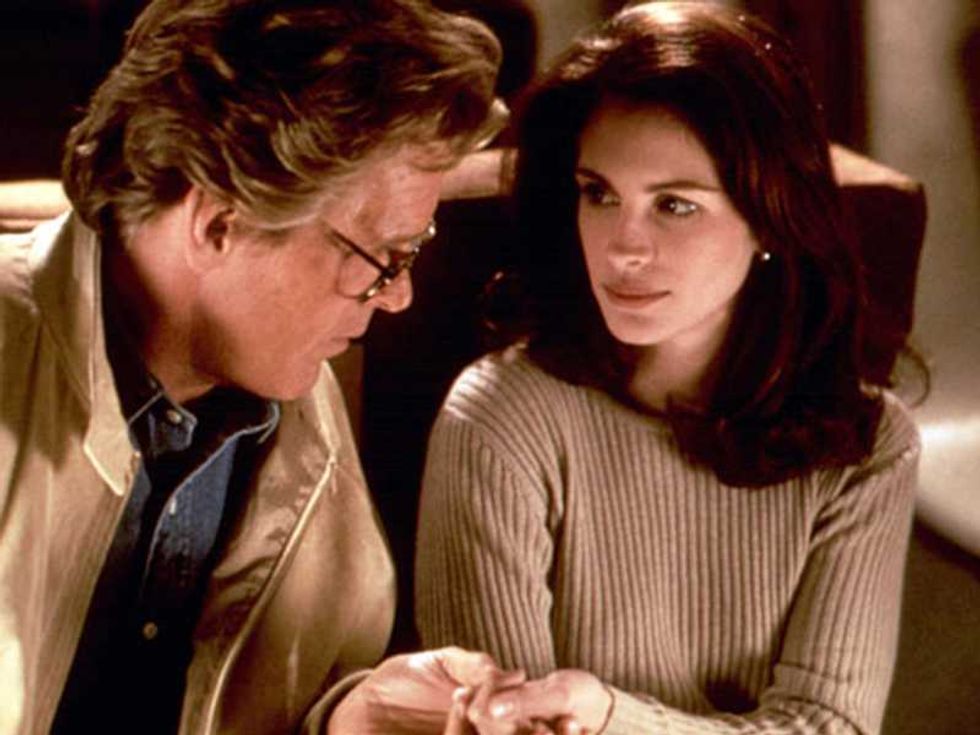 Previous Next
Julia Roberts and Nick Nolte; They apparently couldn’t stand each other, despite playing love interests in the film I Love Trouble. That must make work so much more difficult. 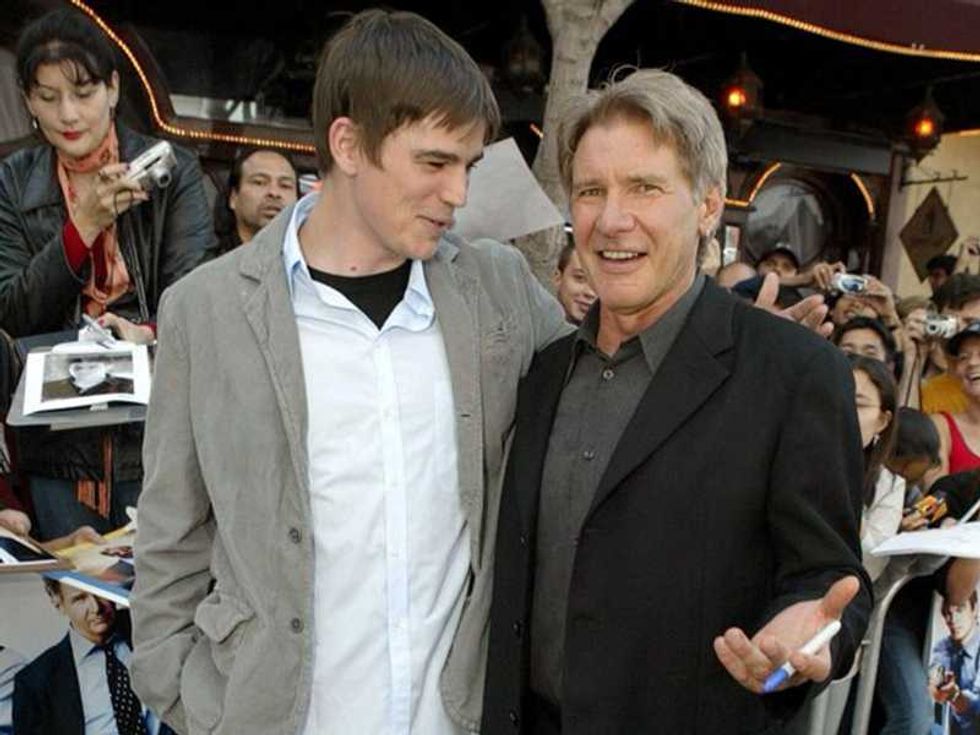 Previous Next
Harrison Ford and Josh Hartnett; Word has it that these two even refused to make eye contact while filming Hollywood Homicide. How on earth did a relationship get that bad? 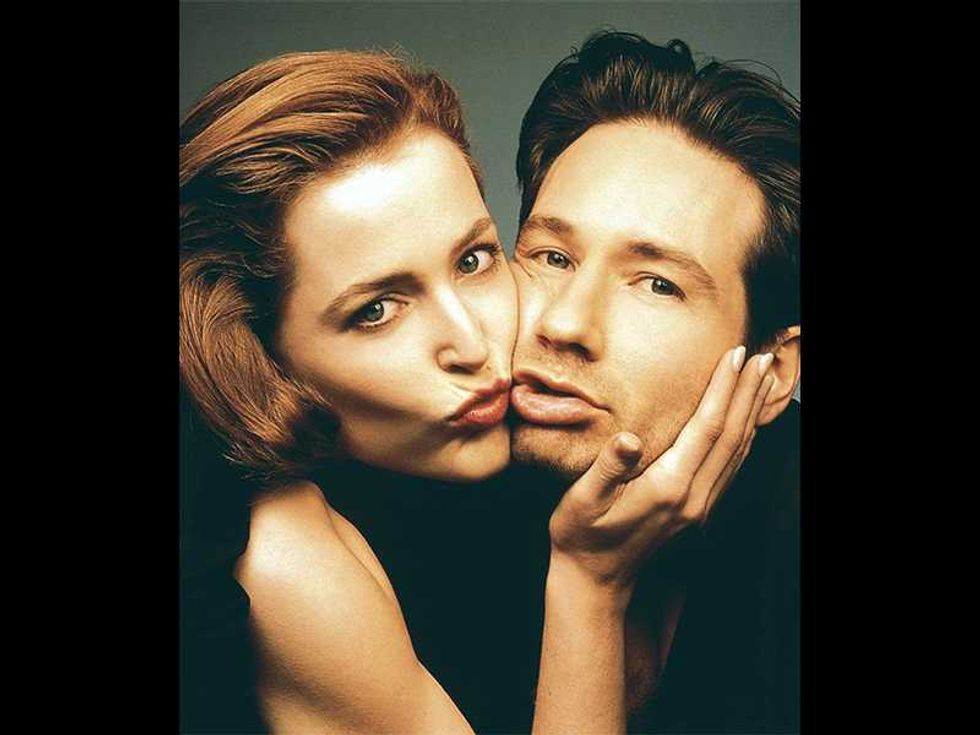 Previous Next
David Duchovny and Gillian Anderson; This one may seem hard to believe as these two worked for so many years together on The X Files, but it’s true. They couldn’t stand each other sometimes. 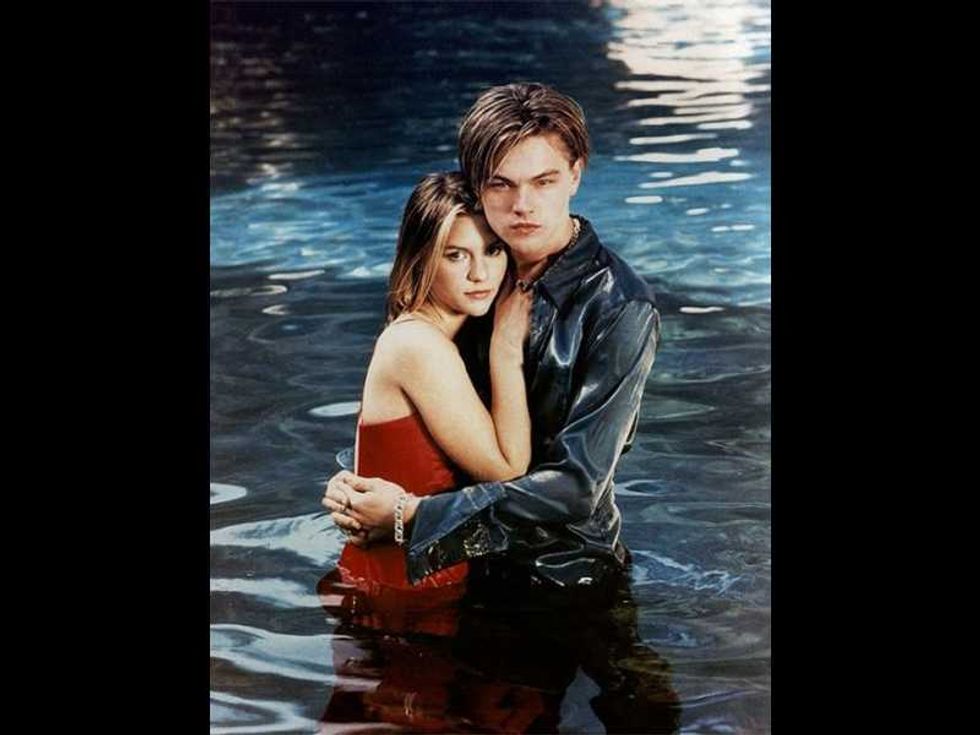 Previous Next
Claire Danes and Leonardo DiCaprio; These two, really? I wouldn’t have guessed, but it’s been said that their chemistry on set left much to be desired. 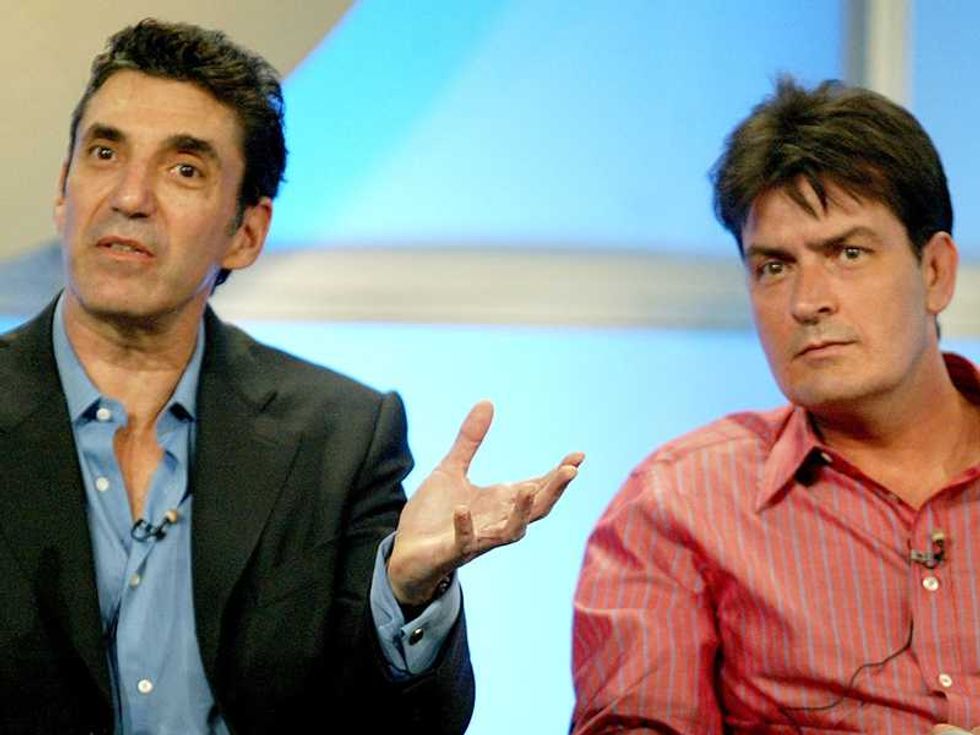 Previous Next
Charlie Sheen and Chuck Lorre; You may remember this one. Charlie Sheen gets fired from Two and a Half Men, and decides to aim a racial tirade at director Chuck Lorre who then drops a piano on a stand-in to kill off his character. 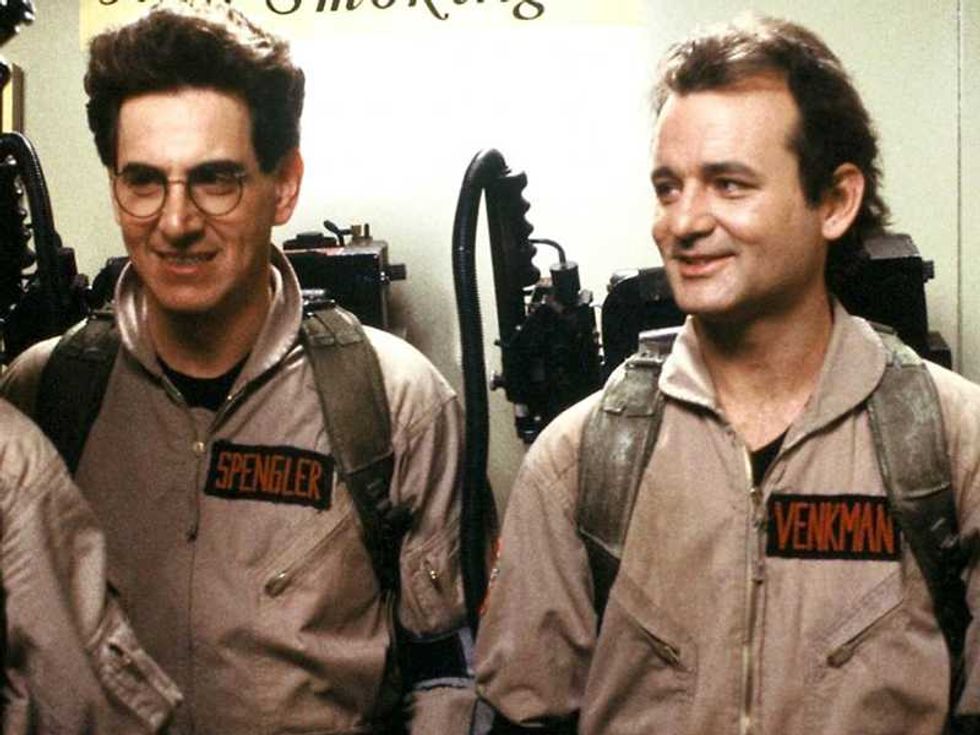 Previous Next
Bill Murray and Harold Ramis; Bill again. He had a falling out with his Ghostbusting friend Harold Ramis on set of Groundhog Day. 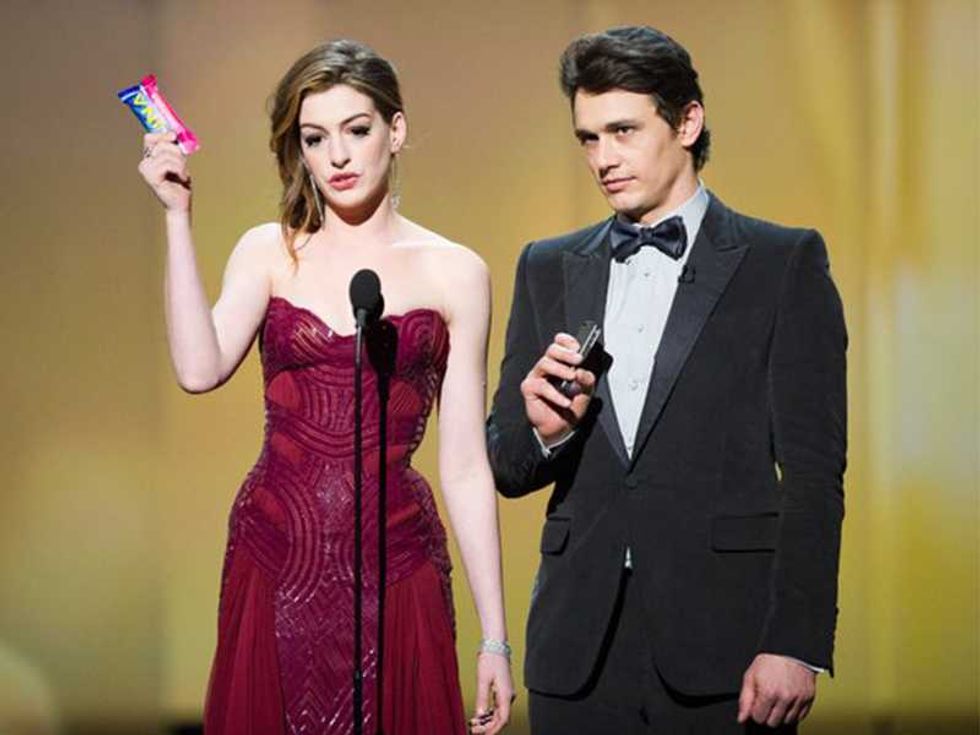 Previous Next
Anne Hathaway and James Franco; James, while on The Howard Stern Show, referred to Anne as a “goody two shoes”. What is it with Howard Stern bringing out the worst in people?