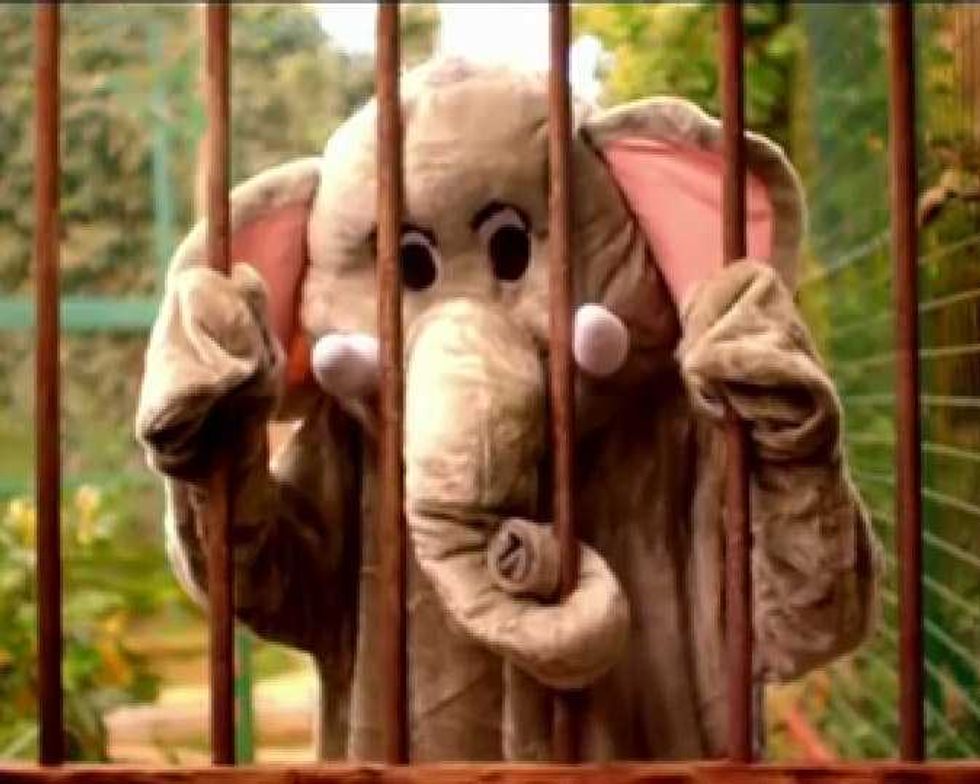 It's likely a person's version of "paradise" is unique to his or her own interests and desires, yet Coldplay feels no shame in declaring that their idyllic land of choice involves fuzzy elephants, or humans wearing full-body animal costumes. Their new video for "Paradise" features one lonely elephant who has spent his days in a Lost-like cage before breaking free and scouring lands far and wide—the African countryside to the London tube—for his fellow brethren. A brief glimpse of the man underneath the mask reveals that this is probably Chris Martin, although we should have known from the agile leaps and skilled unicycle riding while on his way back to his friends. Once reunited, the foursome find their rightful place atop a giant stadium stage, leading a singalong while wearing their signature performance accessories. Give these humans-as-animals credit, as most of us have to spend more time and energy going through the monotony of airport security before we can country-hop with such ease, all of which seems to escape them. We have no other explanation for use of animal costumes in the video, save for the fact that Apple and Moses probably went through a Dumbo phase at some point. Anthropomorphism has been getting a lot of attention this year alone, though, and it's refreshing to see the Serious Rockers, who have transitioned from indie favorites into making music that perfectly soundtracks television's most dramatic scenes, showcase their more playful side. Watch below.