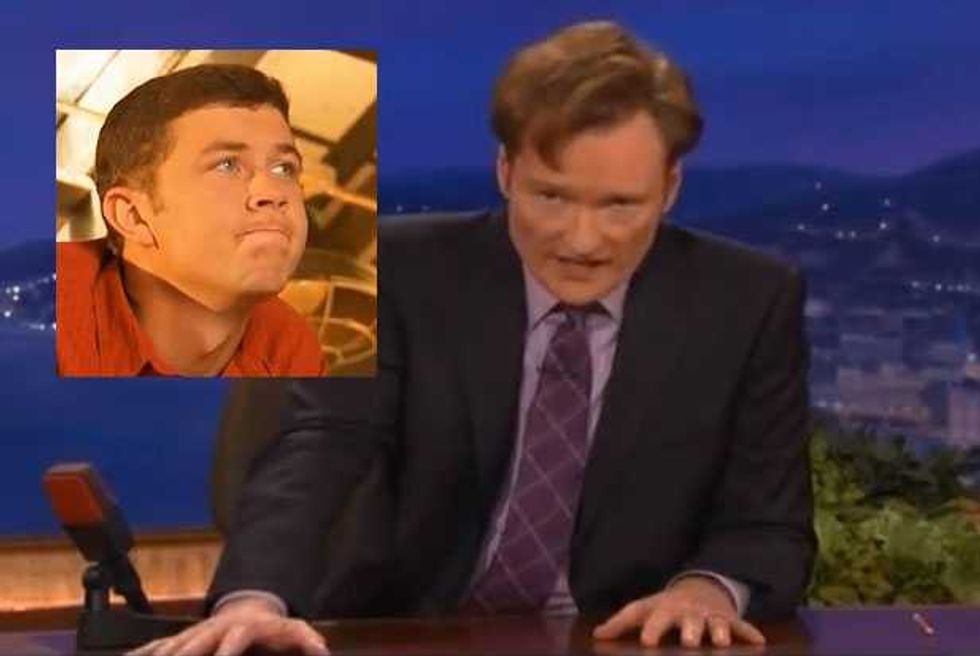 American Idol doesn't have the most lasting record with minor changes to their winners' names. Granted, that's a highly specific record, but it's still got two entries: this year's winner Phillip Phillips, who was Phil Phillips for about a minute (did the producers suddenly remember soul singer Phil Phillips, or is that guy too far outside the Idol repertoire?) and last year's winner Scotty McCreery, who may or may not be billed as Scott McCreery these days. You can see why he'd do it--if you've got a grownup-sounding country voice, and you're starting to be grownup-looking too, it doesn't do to have a diminutive name. Doesn't change the fact that everyone knew him as Scotty, and it certainly didn't change what's been on Ryan's teleprompter.

Anyway, the above paragraph was complete bunk, because the guy's name is in fact Scotty McCreedy. It's true. Everybody saying otherwise has clearly been paying no attention either to the show or McCreedy's career. Don't pay attention to them. They're not true fans. If you need more convincing, although you shoudn't, Conan O'Brien debunked this on his show the other day. Do you really want to be the person who disagrees with Conan? Oh, fine. Assuming you are in fact OK with being the person who disagrees with Conan, McCreedy himself went so far as to make a video debunking the rumor. Straight from the country boy's mouth. If this doesn't convince you, you are just never going to listen to anything.