Conpsiracy Theory Thursday—Did OJ Take The Rap For His Son? 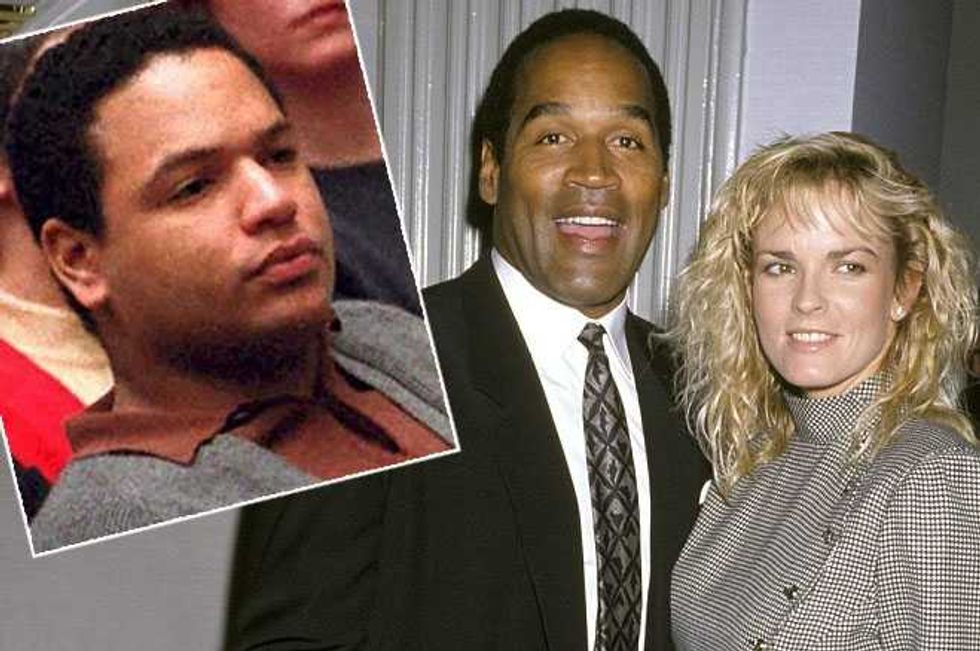 You had to have been living under a rock for the last 20 years if you haven't heard about the OJ Simpson case.

The gruesome murders of Nicole Brown Simpson and Ron Goldman on June 12 1994, the Bronco car chase and the subsequent trial of her ex-husband, kept the nation enthralled, and interest in the case has recently been resurrected with the broadcast of the gloriously camp The People vs OJ.

The nature of the televised trial, the larger than life characters involved and OJ's stunning acquittal have all added to the notoriety of the case, as did the civil court's later finding that OJ was in fact responsible for the murders.

There aren't many people who don't believe that OJ did it. The general consensus is that he managed to buy his way out of jail with his defense 'Dream Team' who took the prosecution by surprise and played the race card magnificently (aided of course by racist cop Mark Fuhrman who played right into their hands).

There is a compelling assertion by renowned private investigator William C Dear in his book OJ Is Innocent And I Can Prove It that OJ Simpson did not carry out the murders after all. Dear concludes that Simpson was definitely at the scene shortly after the crime occurred (hence the presence of his footprints and blood), but that the murders were actually carried out by his then 24-year-old son, Jason Simpson and that OJ took the rap for him. The fact that literally no-one other than OJ was ever investigated or questioned about the crime is pretty inconceivable and it certainly seems that the cops decided very early on that they had their man and any evidence that didn't fit with that narrative was disregarded.

The 'Proof' (as put forward by William C Dear)

The medication prescribed to Jason Simpson for his rage disorder.

The electronic time-clock in full working order on the night of the murders—yet Jason's timecard was handwritten.

Jason Simpson wearing a black knitted hat exactly like the one found at the crime scene.

So there you have it.

There is without doubt a compelling argument that OJ' son perhaps could actually have carried out the murders. That yes, OJ was at the scene (was he called in a panic by his son?)—but being present at the scene does not necessarily mean that he was the murderer.

Ask yourself, who would you risk your freedom and your life for? Who would you go to any lengths to protect? Your child maybe?

Let us know what you think and check out Popdust's previous Conspiracy Theory Thursday posts here.