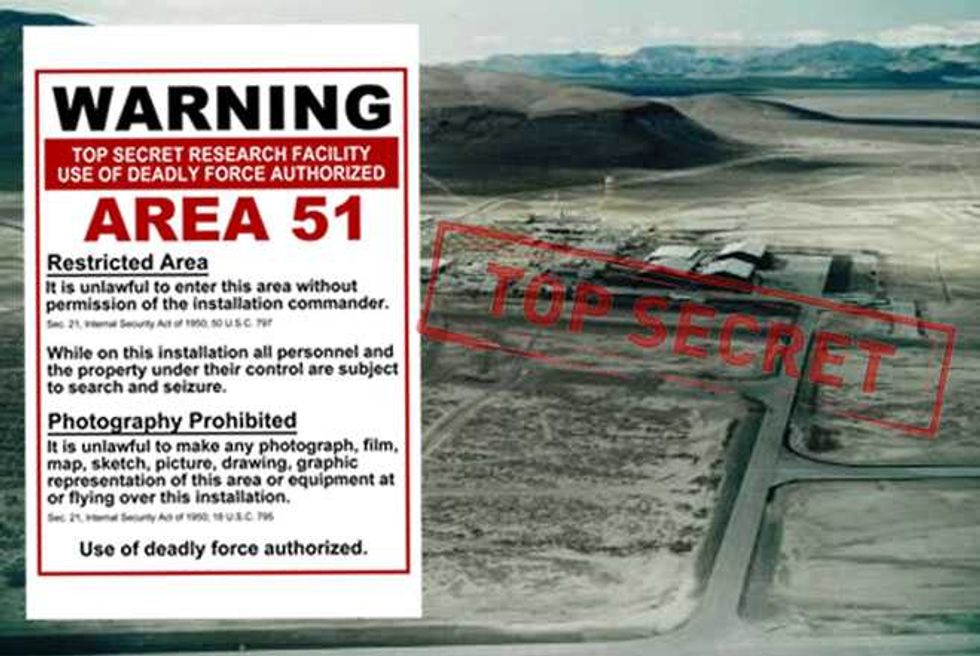 Area 51. The remote location in Nevada some 83 miles outside of Las Vegas has proved to be one of the most intriguing places in the US and was for years the worst kept secret of government agencies.

The area six miles wide by ten miles long is surrounded by fences with maximum security, and it's existence was only acknowledged officially for the first time by the CIA in 2013. In a series of documents released as part of a Freedom of Information request, they admitted it was a test ground for the United States government but that's about it.

More recently though, Major Charles Bolden, who has led NASA since 2009 said that extra-terrestrial life does exist and didn't unequivocally deny that aliens were hidden in Area 51—just that he hadn't seen them;

"There is an Area 51...I never saw any aliens or alien spacecraft or anything when I was there.  I think because of the secrecy of the aeronautics research that goes on there it's ripe for people to talk about aliens being there."

The general belief is that Area 51 holds the key to extra-terrestrial existence. The remains of any UFOs landing on earth are said to be stored there and government scientists and researchers carry out reverse-engineering on the alien technology.

The original newpaper reporting of the Roswell incident.

Bob Bushman with his photos of aliens.

The biggest factor that makes Area 51 such a huge deal is the secrecy that surrounds it.  The fact that the government refused to address even it's existence for so many years surely means there is definitely something going on there that they don't want us to know about. You expect secrecy around national security developments, but to not even acknowledge the presence of the base, when it's patrolled by armed guards?