Conspiracy Theory Thursday — It Wasn't The Titanic That Sunk 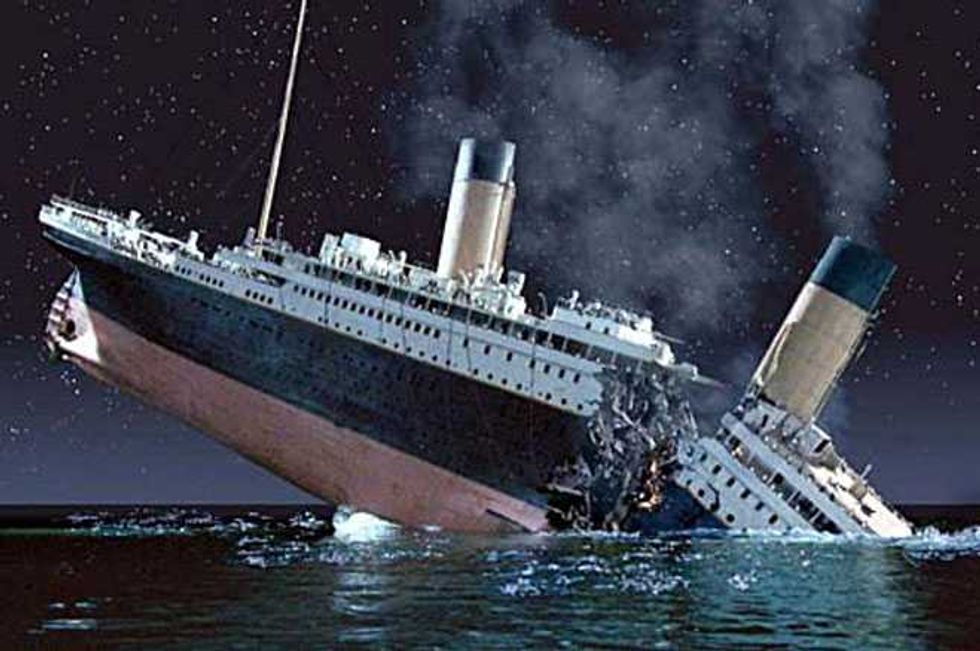 We all know the story of the RMS Titanic—the largest, most luxurious cruise liner in the world that was supposedly 'unsinkable' was on its maiden voyage across the Atlantic in April 1912.

On the morning of 15th April Titanic struck an iceberg, and within a mere three hours, had sunk to the bottom of the ocean killing 1517 of the crew and passengers on board.

Titanic was built alongside two other ocean liners being constructed at the same time—RMS Brittanic and RMS Olympic.

The Olympic, was almost identical to Titanic, and both were owned by the White Star Line, a company which was controlled by wealthy financier JP Morgan.  The Olympic was was launched with much fanfare in 1910, and during a voyage in 1911 was involved in a serious collision with a naval warship HMS Hawke off the coast of the United Kingdom.

An inquiry found that Olympic was to blame for the collision which had caused her considerable damage and accordingly, White Star's insurers refused to pay the claim.

White Star was facing financial ruin. They would have to foot the bill for Olympic's repairs plus Titanic's completion date would be delayed while the workers switched focus—they couldn't afford to have two ships out of action.

The theory is that White Star committed insurance fraud by patching up the Olympic and making some quick changes to convert it into Titanic. The replacement 'Titanic' would then be sunk (or crashed deliberately) on her maiden voyage (as an added bonus another White Star ship would be on hand to heroically rescue all on board). White Star would be able to claim the insurance for a brand new ship and the original Titanic, would be pressed into service disguised as the Olympic.

JP Morgan—owner of both Titanic and Olympic who cancelled his place on the fated voyage.

The engraved letters M and P visible on the wreck's hull when the steel rivet attached letters fell off.

The wrecked propeller with the '01' part of the identification visible.

So do you believe that Titanic never actually sank?  That it was her sister ship, the Olympic who was already damaged beyond economical repair? That White Star pulled off the biggest insurance fraud of the time—receiving a reported $10 million?

Facts and figures about 'Titanic';

13 — honeymooning couples on board

64 — the number of lifeboats the ship was equipped to carry

20 — the number she actually carried

160 — minutes between striking the iceberg and sinking

6,000  — artefacts have been recovered from the wreck site