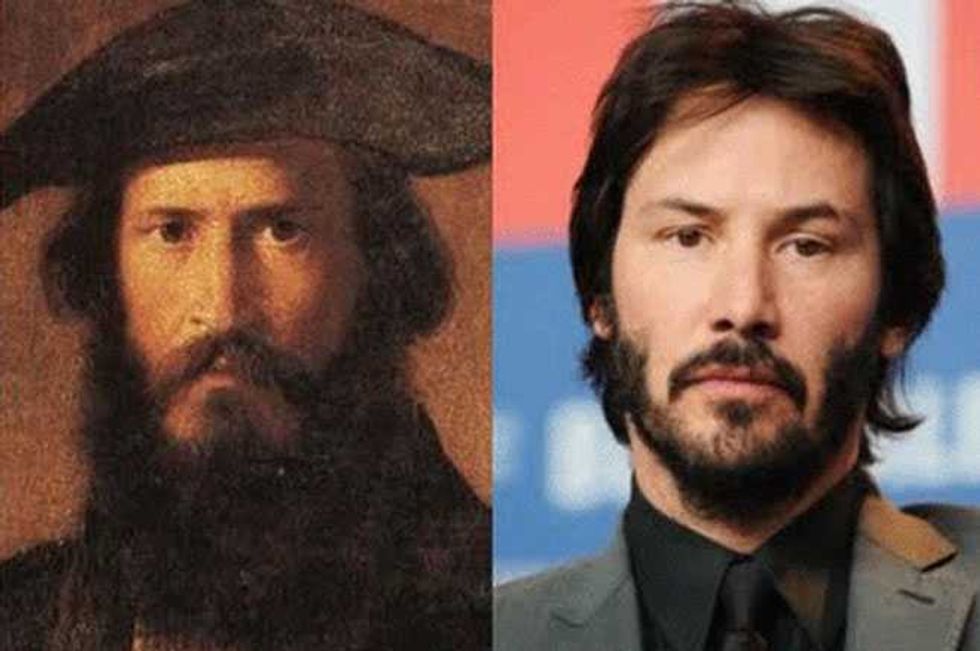 Keanu Reeves is widely known to be one of the nicest, most generous actors in Hollywood. The 51 year old is definitely growing 'old' gracefully and while some cynics argue that it's just down to good genes and good doctors, many believe the rumors to the contrary.

Keanu Reeves Really Is The Nicest, Kindest, Most Excellent Celeb Of All

Keanu Reeves has actually been around since 748AD—that's 1267 years ago and he has appeared in various personas during that time.

"Money is the last thing I think about.  I could live on what I have already made for the next few centuries."

Charlemagne—748-814. A striking resemblance and suspicious death. He crowned his son just before he died, as if he knew his time was up, and his burial was rushed during cold weather which was highly unusual in those days and indicates a need to get rid of the 'body' quckly.

Portrait of an unknown man painted in 1530 by Parmigianino-look familiar?

Reeves in 2015—he hasn't aged a bit and shows none of the usual signs of surgical intervention.