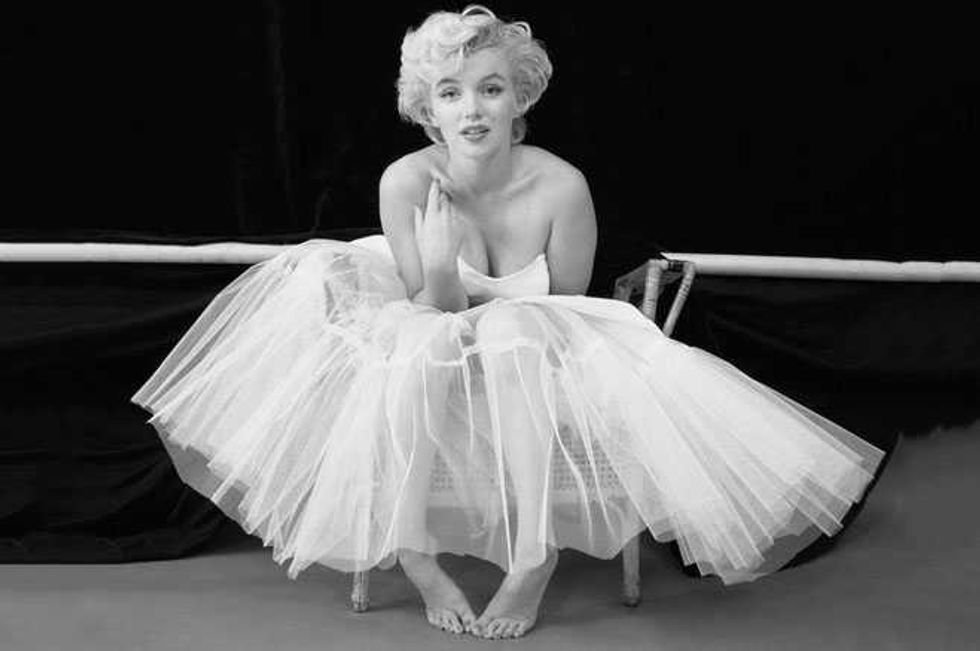 Marilyn Monroe died on August 5 1962 and over fifty years after her death, she remains one of the most famous blondes in the world—instantly recognizable as a beautiful, yet tragic icon.

Her death has been shrouded in mystery since the news of her 'overdose' broke and there has been endless speculation around her complicated love life and how that may have led to her early demise.

The coroner's report states that 36 year old Monroe had taken too many barbiturates, resulting in her death.  The official story is that Marilyn's housekeeper Eunice Murray woke at 3.30 am to see Marilyn's light on and the door locked.  Concerned, she called Monroe's psychiatrist, Dr Greenson who arrived shortly after.  He went to the bedroom window and saw Marilyn lifeless on the bed.  He broke the window and entered to find her dead, face down, still holding the phone.

It is well known now that Monroe had been involved in an affair with the President, John Kennedy that had got messy. JFK had tried to distance himself from the screen siren who believed he would leave his wife Jackie and marry her, Monroe had become unstable, clingy and therefore dangerous.  Attorney General and brother of the President, Robert Kennedy had been sent to LA to convince Marilyn to stop calling the White House—however he couldn't resist her charms and began his own affair with the troubled actress.

The coroner also noted; " Miss Monroe has suffered from psychiatric disturbance for a long time.  One more than one occasion...when disappointed or depressed, she has made a suicide attempt.  On these occasions, she has been rescued.  It is our opinion that the same pattern was repeated except for the rescue."

There are just too many contradictory facts however, to believe the official line that Marilyn died by her own hand—either deliberately or overdosing by accident.  Many theories as to the culprit of her murder have been bandied about;  Dr Greenson, Robert Kennedy, the Mafia, the CIA....whoever was responsible one thing is for sure: Marilyn did not kill herself.