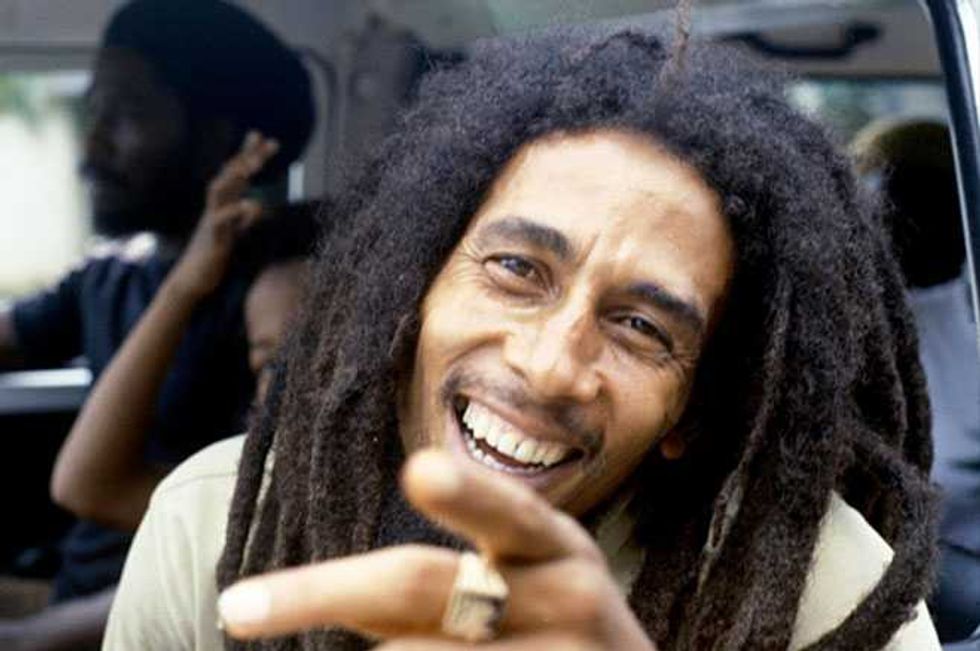 Bob Marley, the iconic Jamaican Rasta musician died prematurely at the young age of 36 on May 11 1981. The cause of his death is listed as melanoma cancer, however there have always been questions about the circumstances leading up to his death.

Late in 1976 rival political factions were warring in the streets of Kingston, Jamaica with only Bob Marley calling for peace.  In December of that year three gunmen burst into Marley's house on Hope Road armed with semi-automatic firearms and rifles. They fired indiscriminately at Bob, his wife and friends. The singer was shot in the arm and his life was saved only by the heroism of his manager Don Taylor who took most of the bullets meant for him. Bob's bodyguards were off duty that night and no-one was caught or charged with his attempted murder.

At some point in the late 70's Marley toe became injured. The injury turned into cancer that then spread throughout his body and eventually killed him.

To recap:  Marley was opposing a CIA orchestrated destabilization campaign against Jamaica.  A week after Marley nearly being assassinated, the son of the CIA director manages to talk his way past armed guards into the secret location of the band.  He gives Marley a pair of boots that stab his toe with a copper wire.  That same toe later becomes the source of malignant cancer that spreads through his body, killing him.

Conpsiracy Theory Thursday—Did OJ Take The Rap For His Son?