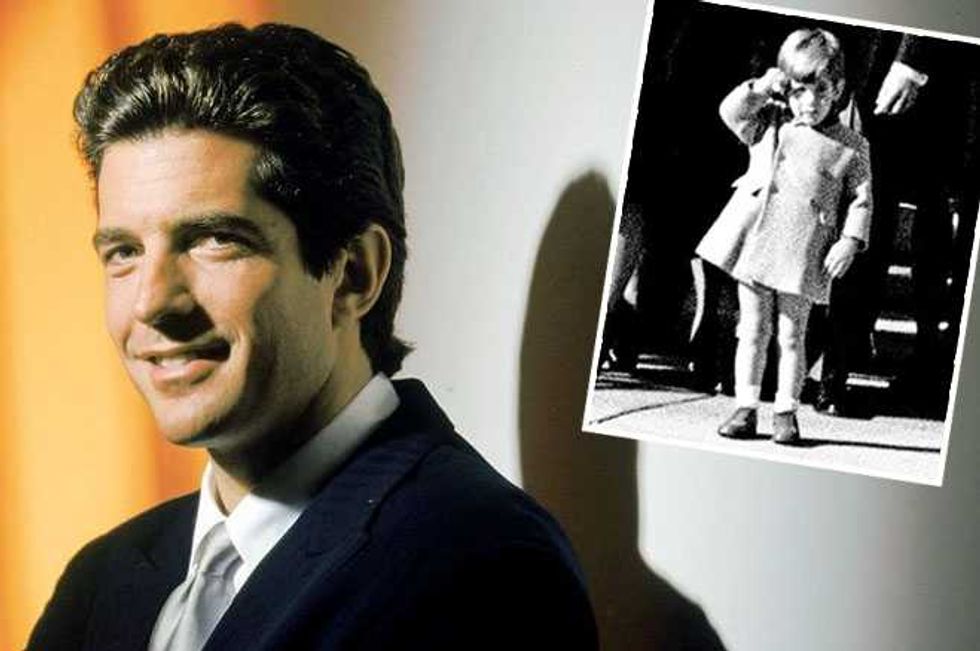 JFK Jr was one of the most well known names and faces in the US when the plane that he was piloting went down on July 16, 1999, killing him, his wife Carolyn Bessette and her sister Lauren.

Who can forget the enduring memory of the then three year old John-John proudly saluting the coffin of his slain father, President John Fitzgerald Kennedy as the funeral cortege rolled by?

He went on to become a fine young man, a credit to his family name and his late father. He carved a career in publishing and was said to be planning an entry into politics and follow in the family tradition.

The world was shocked and horrified when he died in such tragic circumstances, taking it as proof that the "Kennedy curse" lives on. For some though, the news of the crash and the subsequent inquiries just don't sit well. There's something amiss....

JFK Jr was more than "the sexiest man alive". He was a man with something to prove. He is the only Kennedy to ever acknowledge that there may have been a conspiracy and a cover up around his father's assassination, and some say he was getting ready to expose the truth.

The (alleged) truth is shocking. That George Bush Snr, yes that's right, President Bush Snr, was involved in JFK 's assassination. That he was a senior CIA operative and not only did he orchestrate the events in Dallas on 22nd November 1963, but that he was actually there in Dealy Plaza at the very moment the trigger was pulled.

Bush Sr knew that Kennedy Jr was close to the proving the truth and he needed him shut up for good, so he used his wide-reaching connections to do just that.

JFK Jr's Death Was Not An Accident

There are so many facts that point to the plane crash not being an accident as reported in the media at the time. The official National Transportation Safety Board report was published thirteen months after the crash and despite the fact that the it concluded that "the accident that killed Kennedy was caused by an inexperienced pilot" there are many contradictions in that report that show foul play. Here are a few;

The CIA Were In Dallas

We've barely scratched the surface in getting to the bottom of the incestuous connections that have shaped American politics for over half a century.

John F Kennedy Junior was getting close to having enough proof from numerous sources to make the story of President Bush Sr's key involvement in the assassination of his father public. He was warned by his family that what he was doing was dangerous.