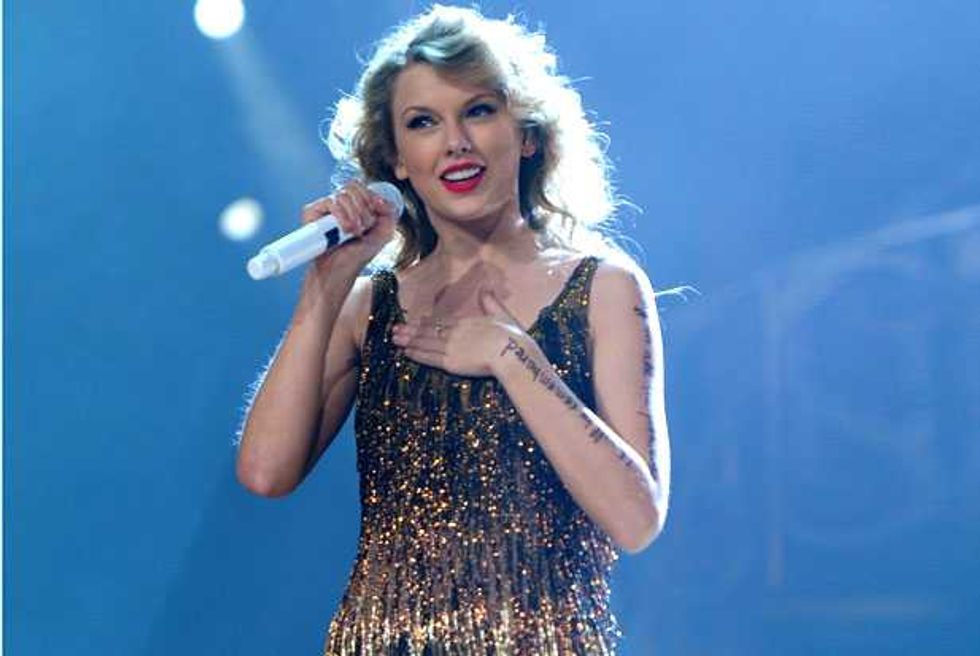 Tom Hooper's upcoming Les Miserables project continues to make us nervous. After casting Broadway veterans like Hugh Jackman, Eddie Redmayne and Aaron Tveit, BroadwayWorld has confirmed that Taylor Swift has been offered the role of Eponine in the upcoming film adaptation of the popular musical. Amanda Seyfried—who has previously done the movie musical thing, in 2008's Mamma Mia! alongside Meryl Streep, is classically trained in opera and can probably give Swift's precociousness a run for its money—has been offered the role of Cosette. We're certain Lea Michele is drowning her sorrows in vegan cheese somewhere.

Reps for Swift and Seyfried haven't confirmed anything, but rehearsals for the film begin at the end of the month. Cast members are expected to sing live on film and the project has a scheduled release date of December 7, 2012, which should be enough time for Swift to start practicing her award season surprise face. Just picture "On My Own" being replaced by "Mean"—it still gets the same feelings of despair and eternal longing across, right? One upside of this news is that casting Swift in the role of Eponine will not deter 8th grade girls from performing "On My Own" at school talent shows. Phew, "When You Believe" just pales in comparison.