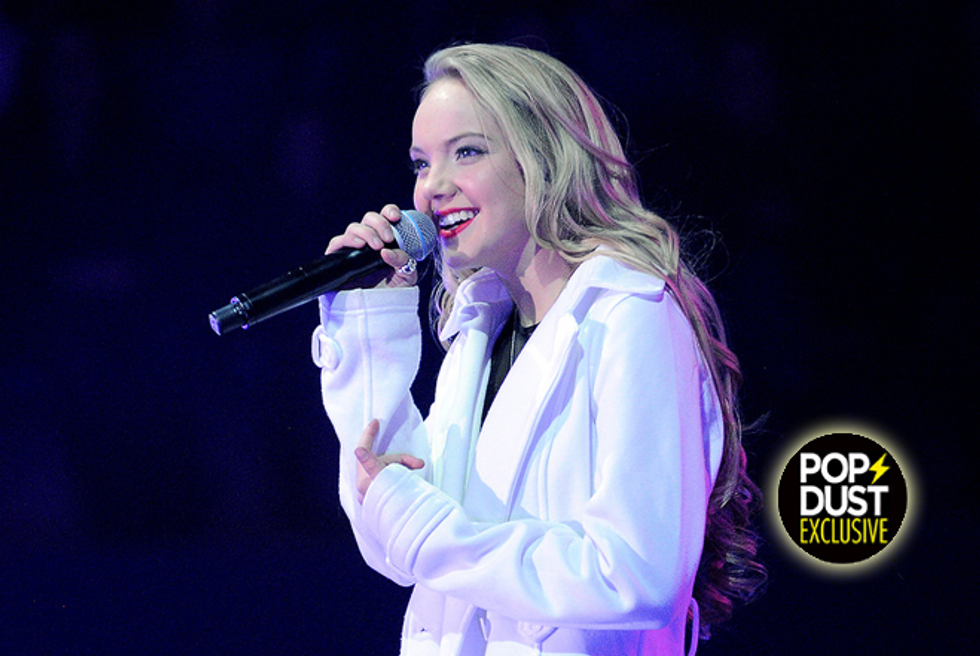 Danielle Bradbery has a fighter spirit. Having won Season 4 of NBC's blockbuster The Voice franchise, she entered country music well-equipped to weather a fickle industry. Months after being crowned, she released her self-titled debut record on Big Machine Label Group, resulting in a Top 15 radio single The Heart of Dixie. Now, years removed from the show, she's that much stronger, that much more determined and far more polished than ever before. This weekend, the singer is set to perform on ABC's Progressive Skating & Gymnastics Spectacular (airing 4-6 pm EST and 2-4 pm PST), with an outstanding pretaped performance. "I got to sing a couple of my songs while the performers did their figure skating or gymnastics, which was really cool for me to experience," she shares in an exclusive Popdust interview. "I’ve been a big fan of events like that, so it was amazing. Hopefully, I’ll get something like that again."

Her set list also includes Young in America (the clip of which has already been released, below), I Will Never Forget You and a cover of Katy Perry's Roar. While she's performed on countless stages all across the country, Bradbery admits she was still a bit nervous. "I was a little nervous. The whole thought of the performers doing their routine to my music was fun, and we kind of had to be on point with each other. I had so much fun getting to watch it all while I was singing."

With gymnasts tumbling and twirling around her, she powers through her songs with an easy confidence. But would she ever consider trying it out? "Honestly, I would love to! I actually tried gymnastics when I was about four years old. It didn’t last long, but I had so much fun with it. Trying it now would be...interesting. It’d be worth a try," she says. "I would try [figure skating], too! I’m a big fan. That’s my favorite thing to watch in the Olympics. It’s so cool what they can do on ice. It looks so effortless. It’s such an interesting sport."

The other performer for the upcoming event is pop singer Cody Simpson (see a clip of one of his performances below) "I was a big fan of his [after he performed]. We got to meet. It’s cool--how he’s 17 or 18 and as young as he is and as young as I am--to meet someone from the pop industry and together with country. It’s cool to see what they do. He was a really sweet guy and he’s so talented."

With her debut album in the rear-view mirror, she looks forward to her sophomore album. "I’m in the works of doing new music and getting things ready for the next step and the next album," she teases. "It’s looking really, really exciting. I keep putting little hints out and I think it’s driving them crazy (but in a good way)." One of those teasers arrived in December and showcased a much harder, edgier sound. But don't expect her entire new album to be that way. "It won’t be the whole thing. I have a couple songs that are going to be edgier. I love that kind of stuff. There’s going to be bits and pieces of different things throughout the album, which I think it’s going to be really interesting and something new. I’m really interested to see how people react and [I hope they] like it."

Fan can expect the lead single to "most likely" arrive by summer, but she plays rather coy about any specific timeline:

"We’re in the works of figuring out what’s coming out first and what’s going to be the order of everything. Most likely a single will come out...sooner or later."

Even though she didn't write any of her songs on her first record, she's been doing a ton of co-writing the past year with many of Nashville's finest tunesmiths, including Nathan Chapman (Sara Evans' Put My Heart Down"), Luke Laird (Eric Church's Give Me Back My Hometown, Carrie Underwood's Last Name) and Hillary Lindsey (Underwood's Two Black Cadillacs, Little Big Town's Girl Crush). Surprisingly, she's found the process rather "easy, in ways that are so interesting. I started co-writing and I think it’s so much fun. It gives me a different look on music and makes it more personal. I have become a big fan of it. I never really knew what it was like in the beginning. Now, I have hands on and I’m learning new things every time I get in a room with people. It’s unbelievable what you can get out of a write and what’s being talked about in the room. At the end of the day, you have a song."

Her songwriting is only a small part of how much Bradbery has evolved since her first LP. "Confidence is a big thing for me. I said this in the beginning: every time I perform onstage or perform in the studio by myself, my confidence has built up in so many ways. I learn something every day. Back to the writing, that’s been a huge new step for me in this process, just from that I feel like my look on everything and next album and ideas are so outside of the box now. There are things I wouldn’t have even thought of in the beginning. That’s just awesome. I can tell a lot of things have grown." Many singer-songwriters get incredibly personal in their writing, and she admits that she does have her limits when it comes to what to share. "I have a limit, but I like getting personal with fans. I feel it brings them in more. They’re like friends. They want to know things. I have no problem sharing that with them. They’ve been a huge help since the beginning. They deserve everything and what they want. The personal side of it is what is really cool about having them listening. I put a little bit of myself and my thoughts into my songs now."

Bradbery is set to join several dates on Miranda Lambert's new Certified Platinum Tour, something she's "really excited" about taking part in. "We haven’t worked up the set list yet," she says. "But I’m really excited to see how that’s going to go. Being on tour with Miranda, especially having that connection with Blake [Shelton], it’s family. I can’t wait."

On what the future holds for her this year, she has huge things on the horizon. "We’re in the works of getting some stuff lined up for other tours. There’s a lot of exciting things coming up. I’m even going to be surprised on things. I think there’s going to be secrets out. These new tours (we may work up) are going to be really exciting."

Of course, even in the spotlight, college is always a possibility for someone her age. "Obviously, college is so important. I've thought about going. But I think we’ll see. Maybe it’ll happen. Hopefully, we’ll get the time to squeeze something in, which would be really awesome...and helpful. I don’t know what I’d study. I’ve thought about that, too, and haven’t made up my mind yet. I love animals. So, something in that would be cool to study. My sister was a vet tech, and I think she’s studying it, too."

Despite garnering wide attention with her music, her follow-up single to The Heart of Dixie failed to gain traction at radio, an inescapable problem for new solo females. "I think a lot of artists (whether male or female) have their difficulties in the industry. Maybe their direction isn’t good for them and there are things they have to figure out, including me. I don’t necessarily think it’s a difficult industry because I’m a female. I’ve heard a lot of it being hard and the males having it easy. But my plan now is just to come out with the stuff that I love and going into it headstrong and better than in the beginning. I feel it’s more about the confidence in yourself, and that’s what I’m focusing on and walking into a room with my head up and saying ‘this is my music and this is what I have.’"

Looking back, what is her favorite moment of her career so far? "There are a lot of moments that have been breathtaking. One of them has been all these award shows I get to go to. I never knew what the behind-the-scenes looked like. Being there and doing an interview on the red carpet and seeing who is around you, I have to inch myself like five times."

Coming from such a high-profile TV show, Bradbery has amassed a loyal following, which she admits can be overwhelming sometimes. "It’s never a bad way, though," she corrects. "It’s amazing how these people support so much. They’re the ones that make everything possible. They’re the ones that got me here. There’s so much to be thankful about and seeing what fans say to me on social media, it’s unbelievable." 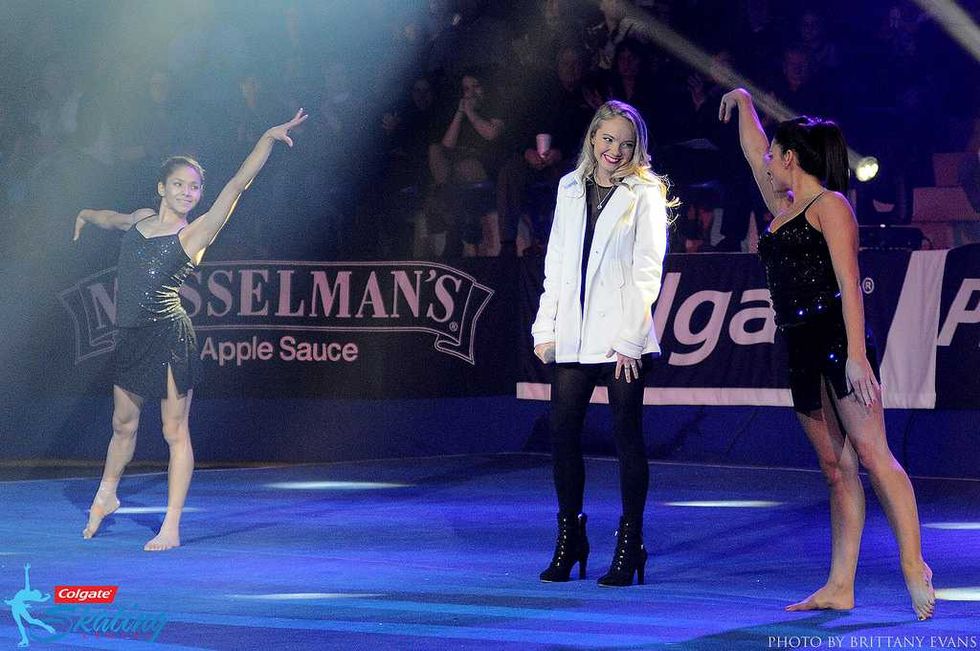 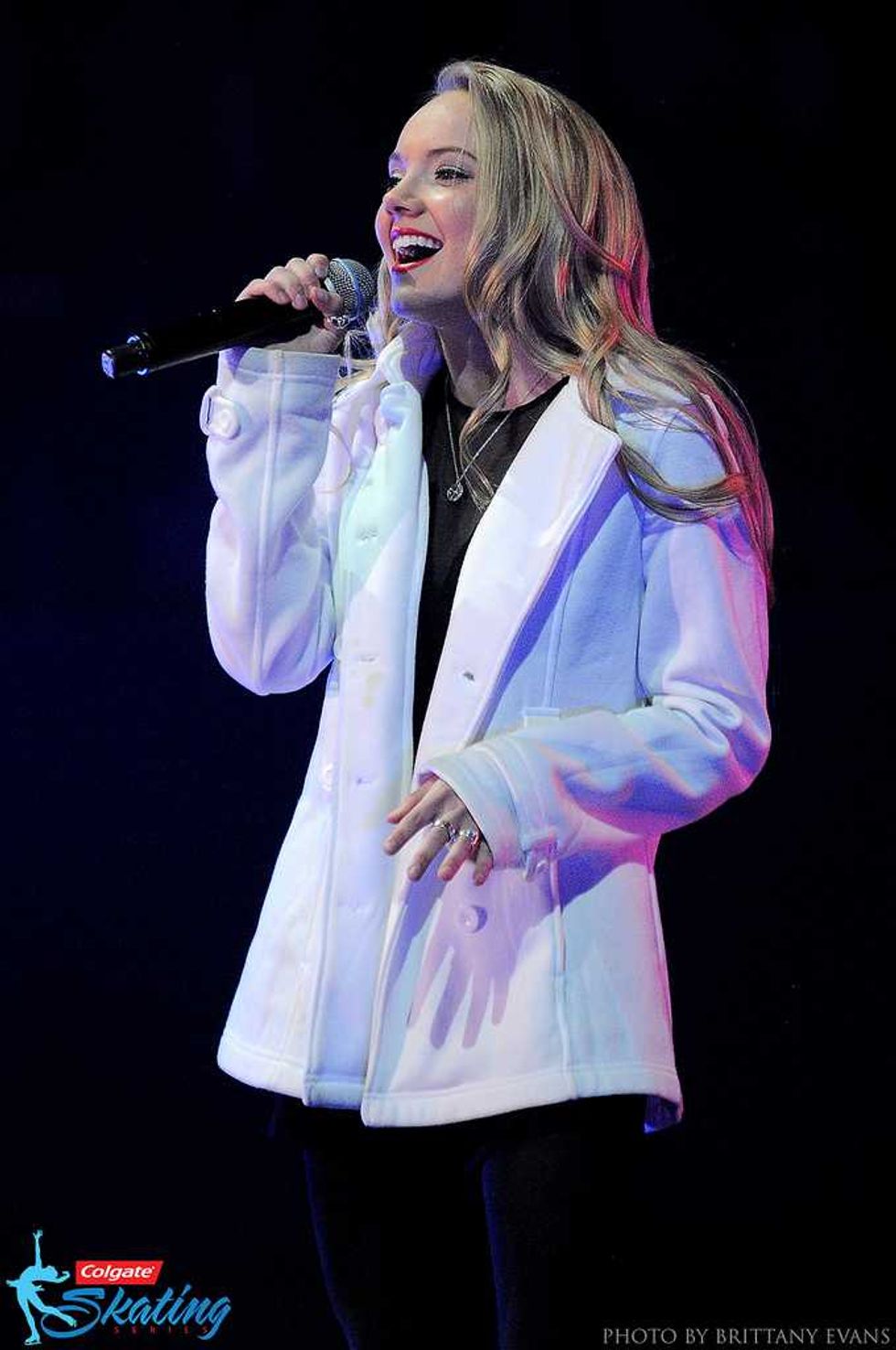 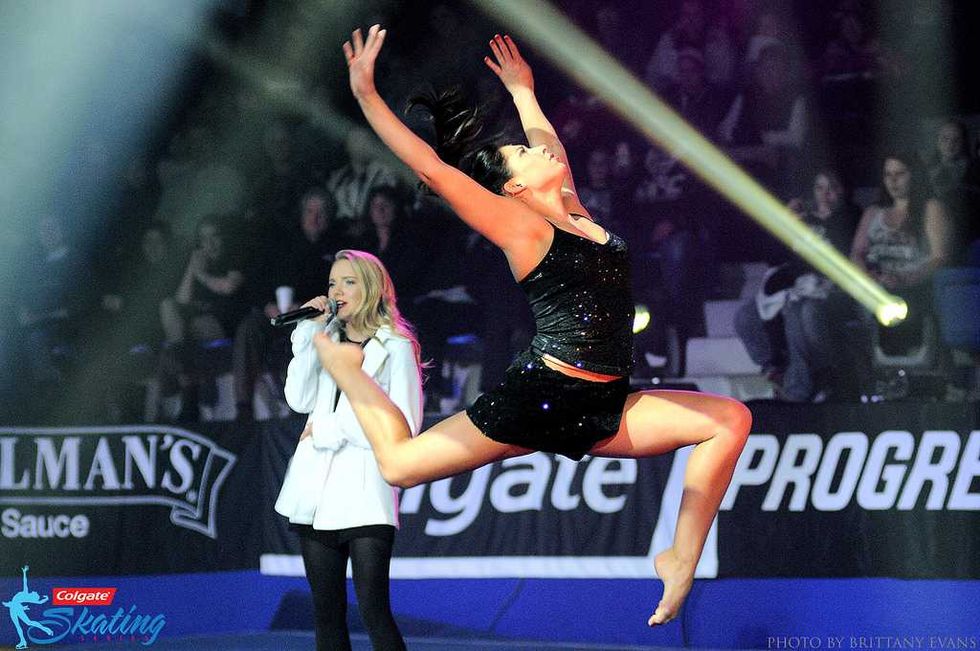 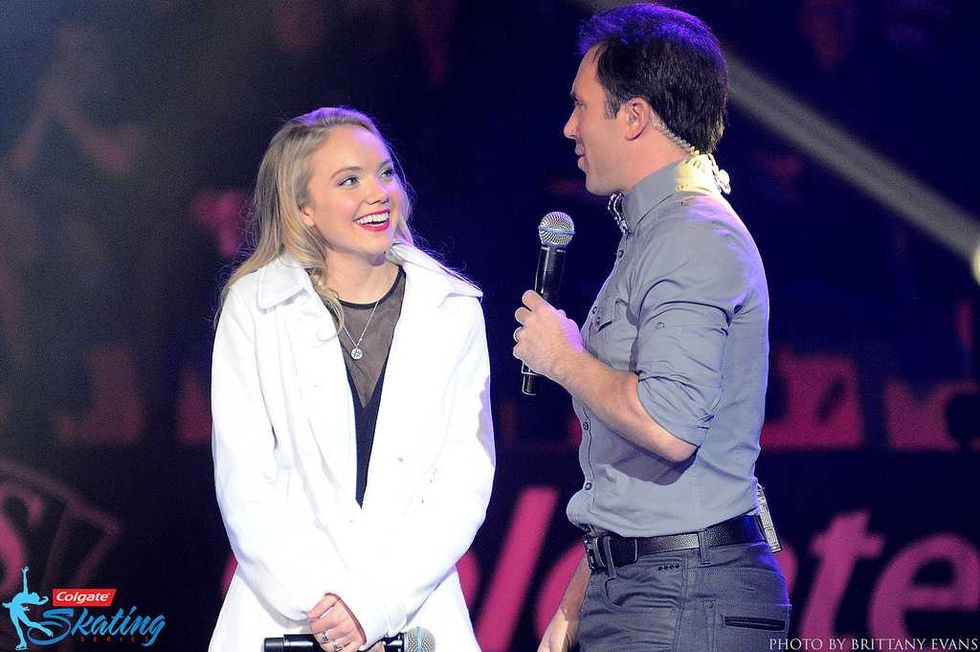