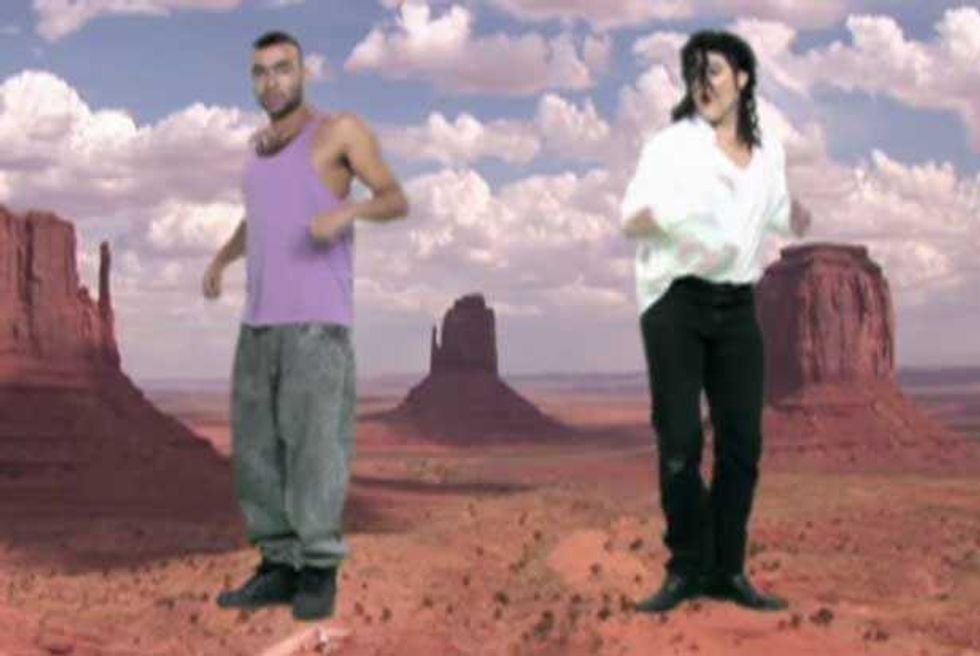 When it comes to doing MJ video parodies, most people go "Thriller" because it's so simple—just get some ghoulish makeup, at least one use of the monster-hands dance move and a freeze-frame on somebody's creepy eyes with evil cackling in the background, and boom. But a couple pros of satire like Das Racist would never take the easy way out, and instead, their "Michael Jackson" video keys around a parody of the equally epic and over-ambitious "Black or White" clip. No, they don't do the crazy panther dance (unfortunately) but yes, they do the morphing montage at the end, as well as some dancing with random exotic honeys all over the world and a whole lot of walking angrily against a flame background (fortunately).

Oh, and there's also some Simpsons, some SNL, and a weird opening set that's maybe supposed to look like the Last Supper but really looks a lot more like the video for MGMT's "Flash Delirium." Just watch it, it's good times. (No Macauley Culkin, though? How hard a get could he possibly be?)