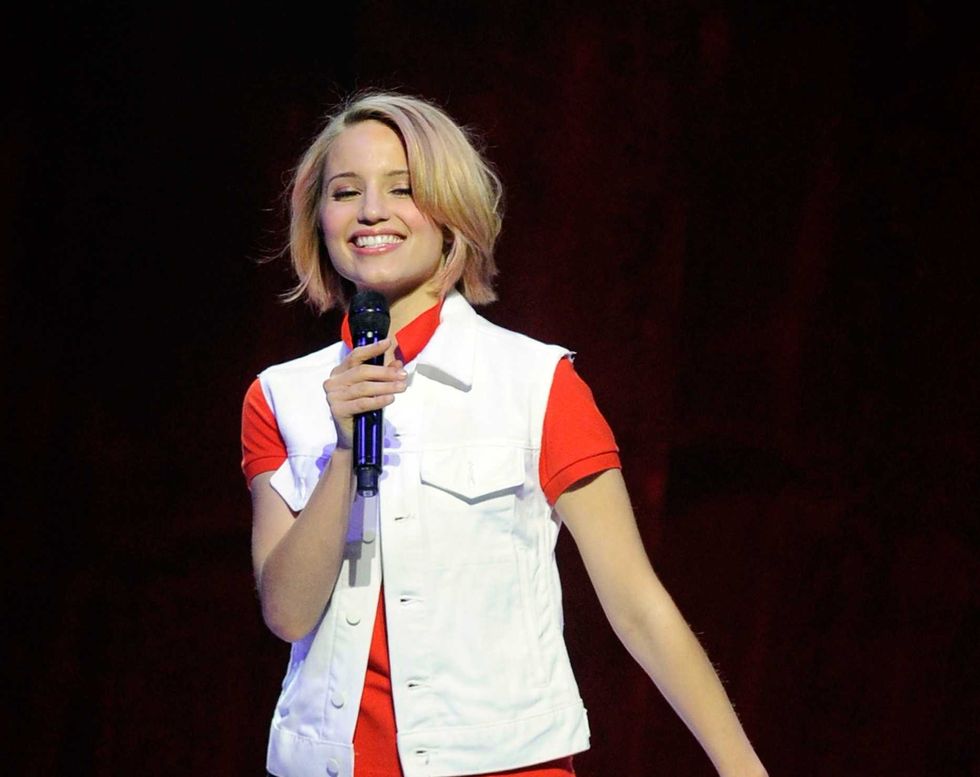 Dianna Agron has a knack for igniting the Internet rumors, after dating costars and abruptly chopping off her signature locks, but now two little words have Glee fans speculating her sexuality. Agron took the stage in a "Likes Girls" top for the crew's rendition of "Born This Way," during the Glee tour's stop in Toronto on Saturday. (Is this coming from Agron herself, or can we expect Team Lebanese to grow bigger next season? Cue the revealing Fondue for Two interview now.) The number echoed the cast's performance from the super-sized episode this season, in which New Directions members wore shirts proudly reclaiming their insecurities by announcing things that made them feel different. (In the original performance, Quinn wore "Lucy Caboosey," referring to the cruel nickname she was given as a chubby middle schooler.)

Cast members have been wearing the same shirts as seen on the episode ("Can't Dance" for Finn, "Trout Mouth" for Sam), so it's notable that Agron chose a new slogan, yet probably not the shocking revelation gossips were hoping for. "Last night, I wanted to do something to show my respect and love for the GLBT community. Support that people could actually see," she wrote on her blog. But one particularly excited Glee fan is still not entirely convinced, and is now chronicling her every move on tour here, so feel free to dissect everything from hairstyles to questionable arm poses at your leisure. Kids these days really don't realize the message they're sending with their fashion choices.